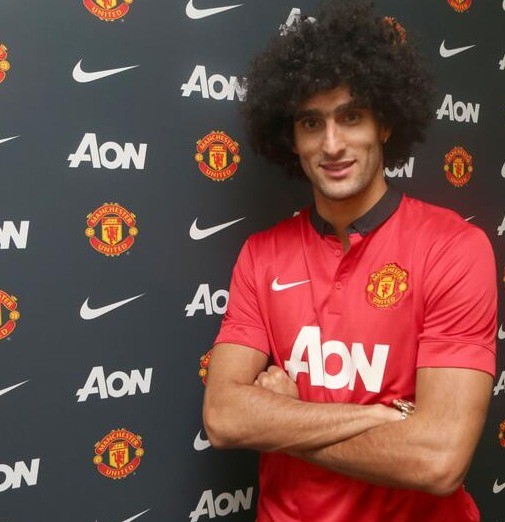 Marouane Fellaini is a brilliant signing for Manchester United – or at least he would have been for £23m on 1st July. Hell, even 31st July (the date of the expiry of his buyout clause).

But fast forward one month and he seems like a consolation prize for the league champions. Greatest manager in the history of the club retiring? Check. His trusted partner in the boardroom who helped push through transfers also moving on? Check. Rivals strengthening? Check. Owners still stingy with their money? Check.

There was a blueprint that United needed to follow as soon as Ferguson and Gill announced their departures. Ideally, targets should have been identified and moves put in place before the new manager came in. This was possible in City’s case but not for United – David Gill was leaving and the boardroom just doesn’t have enough football people to help build a team.

Leaving everything to David Moyes? Risky, but still workable. However, as expected, Moyes was never going to have the final say on financial matters, which meant United would operate like before – looking to drive a hard bargain – without the footballing sense to back them.

The players United were linked with this summer, and the reasons they didn’t sign:

Thiago Alacantra – United eased up on their interest, allowing Bayern to swoop in and sign him. It could be that his agent had warded them off but Thiago was quite close to signing for United, if they had put in a bid. Apparently they weren’t convinced he offered value for money.

Cesc Fabregas – you could have asked any football fan and they’d have told you that signing Fabregas from Barcelona wouldn’t happen, unless you threw silly money at Barca. In a summer of the 100m transfer, he wasn’t going to be sold for 35m or 40m. Worse, he didn’t want to move, because United refused to push through. They should have known…

Kevin Strootman – a player on United’s radar for a long time, and also one who United cooled off on, letting Roma step in and sign him. For 12m.

Sami Khedira – Surprise! 40m offered by United, turned down by Real Madrid. Late bid, what did they expect?

Gareth Bale – No, seriously. Another late bid when Tottenham were delaying selling Bale to sign all their players first. Bale’s camp refused, and leaked it to the press. Isn’t that lovely PR?

Daniele De Rossi – A £12m bid that was laughed at then leaked to the press. Who came up with that ridiculously low valuation, and why did they wait so late?

Juan Mata – United were interested but it was as much a case of Mata’s agent trying to push the deal through as any particular club going in. It was never going to happen, especially with United refusing to release Rooney, but leaking to the press their own counter-offer for Mata was a crass move.

Ander Herrera – The player wanted the move, United wanted the move, but Bilbao weren’t budging. They didn’t want to sell, and the details of this are very well explained by Lartaun de Arizmendi, a journalist for Cadena COPE (the radio station who first broke the news that Manchester United were interested in Ander Herrera). Sport Witness have covered this in depth as well. 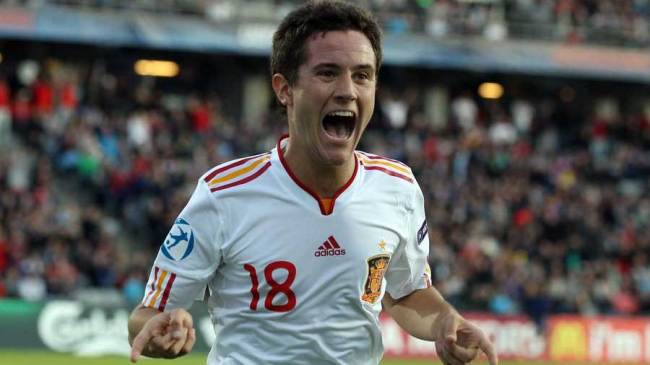 The takeaway? Given that it took Bayern weeks, and a threat through the local government, to make the Martinez deal happen – is there any surprise that United’s bid failed, despite a reputable Spanish law firm stepping in to help them on the last day (apparently at the condition that their role would only be acknowledged if they were successful)?

Marouane Fellaini – Missed the buyout clause deadline, haggled with Everton till the last day and overpaid by £4.5m. You only miss them when they’re gone, but how many United fans would be wishing for David Gill to be still in charge and take smarter decisions?

Mesut Ozil – The one United didn’t bid for, unfortunately. United’s incompetence in transfers is perfectly highlighted by the slow reaction to Ozil’s availability. He’s a match-winner, and with United trying to flog certain players but being able to, he would have fit in the first team and linked up perfectly with Carrick / Fellaini behind him and RVP up front.

There’s also the story of United pushing for Baines – and not being able to sign him or understand how transfer bidding works – and having Jorge Mendes step in to help them sign Coentrao from Madrid. Too little, too late – Madrid didn’t have time to arrange for a replacement and thus wouldn’t let Coentrao go.

Who prepared United’s list of midfielders to sign? Was Ed Woodward given a list by the chief scout and then starting ringing up clubs? Did he panic in August and draw up a new list – using the 2010 World Cup as a guide, perhaps? – and go after Sneijder, De Rossi and co? United were hopeless, and it was clear Moyes was not in control of the transfers, and barely in control of identifying new players either. Why didn’t the new vice-chairman get the outgoing manager / staff / vice-chairman to provide guidance on improving United? Or did he not accept their help?

Perhaps the job description should include a mandatory 10 hours of playing Football Manager – just the first transfer window. It would only have helped him understand how transfers work.