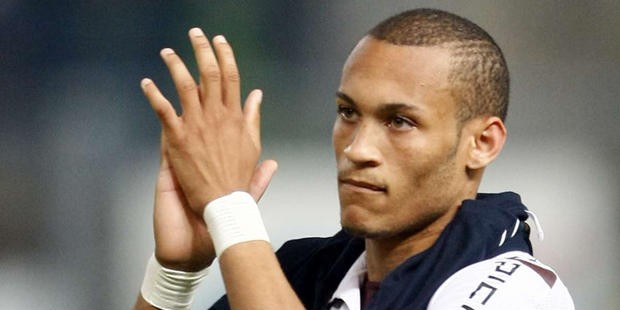 Yoan Gouffran has revealed on his Twitter account that he is about to move to Newcastle United from the French club Bordeaux.

The highly rated France U-21 international is set to become Newcastle’s second signing in the January transfer window after the Toons completed the transfer of Montepellier defender Mapou Yanga-Mbiwa.

Yoan Gouffran has announced his impending transfer to Newcastle from his official Twitter account. The Frenchman thanked his former club for their support and hoped that the supporters understand his decision to leave as he undertakes a new challenge in his career.

“Big thanks to everyone who has supported me through the good times and bad times. I thank the leadership of the club and the staff for helping me grow.”

“I need a new challenge and therefore I hope that you respect my choice. I will follow all the results of the Girondins (Bordeaux).

“Tomorrow I will be a new player of Newcastle and I am proud. Thanks to everyone… kisses.”

Newcastle United were in a desperate need of a new striker in this transfer window after club’s top scorer Demba Ba left for Chelsea unceremoniously. Alan Pardew’s first choice was another French international Loic Remy, who was set to undergo a medical at St James’ Park before signing for QPR in the last minute.

Alan Pardew was left fuming after the move for Remy failed to materialize and now it seems like the Newcastle manager has come up with a back-up plan.

Gouffran has been in good form this season for Bordeaux, scoring ten goals in all competitions for the French club. But it must be noted that the 26-year-old has never been a prolific goal scorer and will find it hard to step into the big boots of Demba Ba.

Yoan Gouffran’s role will mostly be to play a supporting role to the club’s main striker Papiss Cisse. The former SM Caen forward will become the eighth Frenchman in the first team squad of Newcastle.