The eyes of the world will be on Brazil this summer; the 2014 FIFA World Cup is finally just around the corner. Conversations, discussions and even arguments are well underway between groups of friends, colleagues and supporters about who will reign king in the Maracana Stadium in July. Spain? Germany? Argentina? The bookmakers will have their own opinion as will many of you but there is no doubt who the dark horses are…..Belgium. 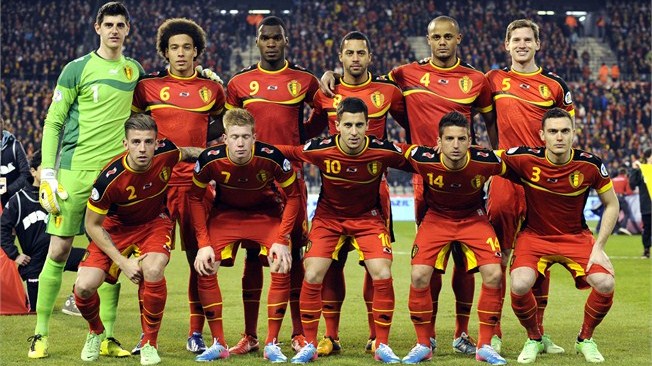 How has Belgium progressed from not qualifying for the last 5 major tournaments to having a chance of winning the greatest prize in world football?….I thought I had better investigate.

After failing to qualify for 2004 European Championships  in Portugal the Belgian Football Federation decided to redevelop and reorganise grass roots programs by setting up elite academies in every province. They collaborated with local universities to study the strategies of other countries (Germany and Spain are great examples). The Belgian FA then created a plan with a new vision which was implemented in the different football academies across the country and then step-by-step integration into the professional club programs such as Anderlecht, Liege and Brugge.

The Ministry of Education agreed to create a school curriculum to extend the number of weekly training hours. That meant prospective young talents would have about 20 hours training time a week and their school programs would not be affected. The structure, organization and lifestyle in the academies was governed to ensure that the project delivered professional players or highly educated young people.

The project has been a huge success. Belgium’s top club side Anderlecht regularly competes in the Champions League with some starting line-ups having an average age of just 23 years old. The club’s youth teams have been dominating on both the national and European stage. Anderlecht has won five of the eight national youth championships and many important European tournaments such as the Viareggio, the Aegon Future Cup and the Premier League Cup.

The integration of these young players into the first teams has been a huge success and there appears to be an endless line of talent emerging from the country. The league itself has been dominated in recent times by three teams – RSC Anderlecht, Standard Liege and Club Brugge. Many of the current stars started life at these clubs but were then sold on some of the biggest clubs in world football. Names such as Hazard, Kompany, Witsel, Fellaini are just some of the current stars but just how far can this young talented side go?

In my opinion the best young goalkeeper in Europe right now. His performances in the Champions League semifinal against parent club Chelsea helped Atletico reach their first European Cup Final in decades. Jose Mourinho clearly has the perfect replacement for a seasoned campaigner like Petr Cech. He will be vital between the posts in Brazil this summer.

Arguably the best central defender in the premier league, the Manchester City captain will have a huge part to play in the success of the Belgian national team at this year’s world cup. His leadership skills will play a pivotal role in motivating his talented team mates. The former Anderlecht player has pace, strength and awareness in abundance. He will be a match for any striker in Brazil this summer.

The Zenit St Petersburg player is becoming one of the most efficient and highly rated players in European football. The former Porto player could be a part of a very talented midfield including Marouane Fellaini and Mousa Dembele. His work ethic, eye for a pass and ability to protect his defenders makes him a vital player for Marc Wilmot’s team in Brazil this summer.

The Chelsea attacking midfielder has had a fantastic season in which he has contributed 14 goals and 7 assists in 31 games for the London club. His 40 caps for Belgium proves he is as experienced as he is talented. Quick feet, vision, balance and a few tricks are just some of the skills in his locker. Defences beware in Brazil!