The World Cup draw was completed today, with the groups decided for next summer’s spectacle in Brazil.

There are a number of standout groups, with mouth-watering clashes galore, grudge matches and what is sure to be some scintillating action. 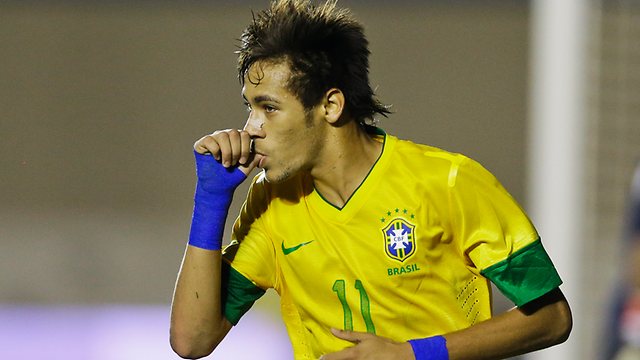 The World Cup hosts will be relatively content with this outcome, as they have avoided any of the top contenders for glory in their pool.

The opener against Croatia should make for an exciting fixture, but one that Luiz Felipe Scolari’s men will be confident of getting three points in.

Mexico, inspired by Manchester United striker Javier Hernandez, will be a tough opponent, while Cameroon offer an unpredictability that could see them very good or very bad on their day.

Brazil will be overwhelming favourites to go through as group winners, with the other three left to fight it out for second place.

Undoubtedly the group of death, and one that Australian football fans will look at with trepidation.

Defending champions Spain will certainly be tested from the get-go here, with their first game a clash of the titans again the Netherlands. For Vicente del Bosque’s men to retain their title, they will need to be at their very best to hit the ground running.

Robin van Persie will lead the line for a transitional Netherlands outfit, who again have the ability to be a real contender for the tournament, but only if they get the collective mentality right.

Chile are something of a wildcard, but with the likes of Alexis Sanchez in their ranks have the quality to hurt the European sides.

Australia face the most unlikely of tasks to get through to the knockout stages, and look set to be the whipping boys here.

An open group not without its stars, there is an argument to suggest that this is one of the most difficult pools to predict.

Colombia have immense firepower in the form of Radamel Falcao and Jackson Martinez, and had a very strong qualification process to get them to Brazil.

Greece made it through in the play-offs and will not be an easy team to break down as they are regimented and disciplined at the back. In Olympiakos striker Kostas Mitroglou they have a real match-winner in attack.

Yaya Toure is undoubtedly Ivory Coast’s talisman, but the African nation’s squad is full of superstars. The last chance for a golden generation of players from the country to get to the latter stages of a major tournament.

Japan will look to get off to a good start but are arguably the weakest side in the group – they will look to Shinji Kagawa for creativity and inspiration.

England have been handed a manageable group but will face some world-class attacking talent in their bid to get through to the knockout stages.

Roy Hodgson’s men also have the heat and humidity of Manaus to contend with, which the Three Lions boss had hoped to avoid.

Uruguay’s star is undoubtedly Luis Suarez, who English fans will know all-too well. However the likes of Edinson Cavani and others will also pose a real threat to the British side.

Italy take on England in the first game for both, in what should be a fascinating fixture. The Azzurri have a number of excellent attacking players, such as Mario Balotelli and Giuseppe Rossi, but are based around a strong core to the side.

Costa Rica will be major underdogs here and something of an unknown entity, with Premier League players Bryan Oviedo and Joel Campbell the men to watch.

This pool looks like three teams fighting it out for two places in the final stages.

One of the weaker groups in the tournament, the European sides will be very happy to avoid some of the heavy hitters in the early exchanges.

Switzerland have been industrious in qualifying and have a number of very able players that should see them through this pool.

Ecuador have made it through a tough South American qualifying process and should not be under-estimated, with Antonio Valencia the nation’s highest profile player.

France booked their place at the tournament by making it through the play-offs and couldn’t have asked for a better group. Failure to make it through this pool would be a tragedy for Les Bleus.

Honduras are a good footballing side but got a reality check recently in a 5-0 defeat by Brazil. Could cause an upset, but will need to be at their very best.

Realistically, the European sides will be favourites to progress here.

Argentina will be rubbing their hands after the draw, with the South American giants the team to beat in Group F.

Lionel Messi, Sergio Aguero and co should have too much quality for the other three sides in the group, who will scrap for second place.

Bosnia and Herzegovina make their first appearance at a World Cup, and will fancy their chances of qualification. A young group of very able players will make the eastern Europeans difficult opponents.

Iran will more than likely be making up the numbers, and should be the team that the other three look to get maximum points against.

Nigeria will look to build on their 2013 African Cup of Nations success, and have a host of Premier League players that will look to get the side through to the knockout rounds. Their game against Bosnia will be vital in deciding who progresses. 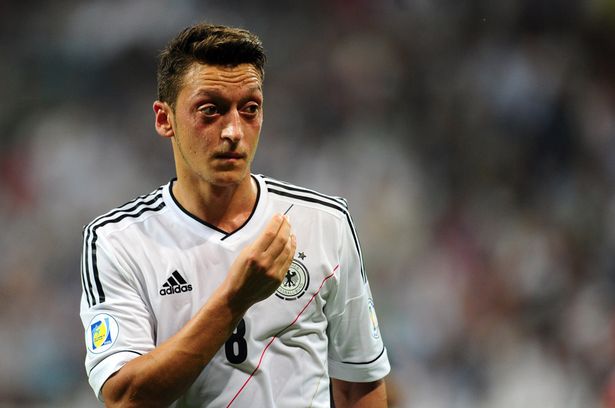 One of the most eagerly contested groups, the quality here is undeniable and the USA face a tough task in Brazil.

Germany will be many people’s favourites and are definitely the team to beat for the other three – Joachim Low’s men have the strength in depth and top players to go all the way at the tournament.

Ghana are arguably the strongest of the African qualifiers and their speed, skill and physicality will make them very tough opponents for all concerned.

US coach Jurgen Klinsmann will be up against his homeland and faces an arduous task in getting his side through to the latter stages, which would be a real upset.

The stage is set for Cristiano Ronaldo to inspire Portugal, with the Real Madrid star sure to be the main attacking threat for the Iberian nation. Their match-up against Germany should be a cracker.

This group looks very open, with any of the four sides able to win it realistically.

Belgium will certainly be the favourites to qualify, with the immense amount of quality at the central European nation’s disposal making them a dark horse in many people’s eyes. This group should give them the springboard to progress to the business end of the tournament without too many problems.

Algeria are a side that most other nations would have liked to be have been drawn against, and will be the weakest of the sides in this pool.

Russia have a lot of talent in their squad and will be confident of making it through the group. It could well be them or South Korea that seals a runners-up place.

Finally, South Korea will be no pushovers and have an excellent team mentality, with the Asian nation have under-rated stars in their side.