The first game of the 2016 European Championships kicks off at 20:00 CET on Friday 10 June when France take on Romania in the Stade de France, Paris. One month later, on Sunday 10 July, one of the 24 nations will lift aloft the Henri Delaunay Trophy and be crowned Euro 2016 champions.

Let’s take a look at four teams who bookmakers have priced as favourites, select a country that could surprise a few others, and choose a nation that we believe could be a major disappointment at Euro 2016. 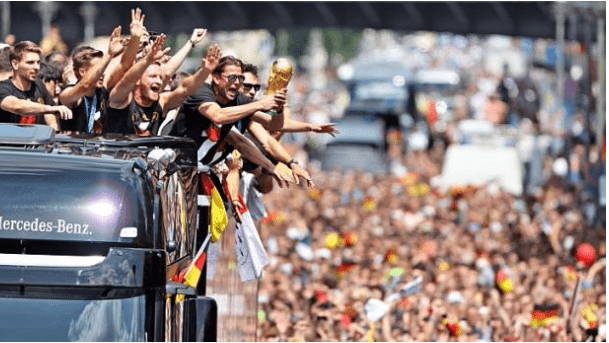 Germany go into Euro 2016 as joint favourites with host nation France and it is easy to see why. The current FIFA World Cup champions reached the semi-finals of Euro 2012, were runners-up to Spain at Euro 2008, and seem to be able to adapt to tournament football better than any other team in world football.

From front to back, Germany’s team is packed full of world class talent. Manuel Neuer is the best goalkeeper on the planet, while at the attacking end of the pitch the likes of Arsenal’s Mesut Özil, Thomas Müller, Marco Reus, Toni Kroos, and Mario Götze are going to cause teams splitting headaches.

Although the Germans have plenty of players who can score goals, they seem to be lacking a true out-and-out striker who can put fear into opponents’ hearts. Their defence is also inexperienced with only 102 caps spread among the last eight defenders called up for the friendlies with England and Italy, and 46 of those belong to Mats Hummels.

Nobody would point the finger at you if you bet on Germany to win Euro 2016, in fact doing so will probably net you a nice return because they are out tip to be champions. 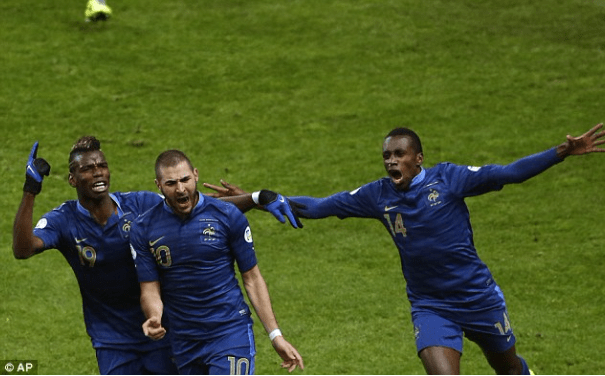 Host nation France are joint pre-tournament favourites and are entering Euro 2016 full of confidence, not least because they know that they won both Euro 84 and the 1998 World Cup on home soil.

The French have a vastly experienced squad to choose from, one that exudes quality throughout. With stars such as Patrice Evra and Laurent Koscielny at the back, Blaise Matuidi and potential player of the tournament Paul Pogba in midfield, and Antoine Griezmann and Olivier Giroud up front, the French have a solid spine to their team.

Throw into the mix in-form players such as Leicester City’s N’Golo Kanté, Dimitri Payet, and Anthony Martial and it is difficult to fault the French team.

Not taking Karim Benzema to Euro 2016 could prove to be costly, however, but only because Griezmann is yet to set the world of international football alight. Should he find his scoring boots, France will take some stopping.

Have a look at all the Euro 2016 fixtures, game betting lines, group standings and betting tips you’ll require for a successful wagering campaign on football’s biggest stage. 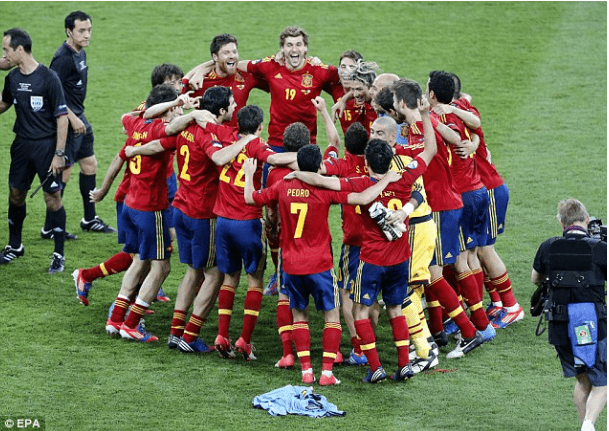 Spain goes into Euro 2016 on the back of a nine-match unbeaten streak that dates back to June 2015. They are also the reigning European Championships champions having won back-to-back titles in 2008 and 2012.

Much like Germany, Spain has an embarrassment of riches throughout most of its expected squad yet lacks a true goal scorer. There is talk of the in-form Fernando Torres, scorer of the winning goal at Euro 2008, being included in the squad.

Even without a world-class striker on the books, the Spanish are going to be a tough team to play against. Cesc Fàbregas always performs on the biggest stage and is capable of creating a chance out of nothing, David Silva needs no introduction, and Manchester United’s Juan Mata would be welcomed with open arms by most teams in the world.

A potential stumbling block for Spain is their tough group (Group D), which sees them play Croatia, Czech Republic, and Turkey. While Spain are certainly more than capable of beating all three of those nations, each of the trio is a potential banana skin who are all hopeful of progressing from the group. 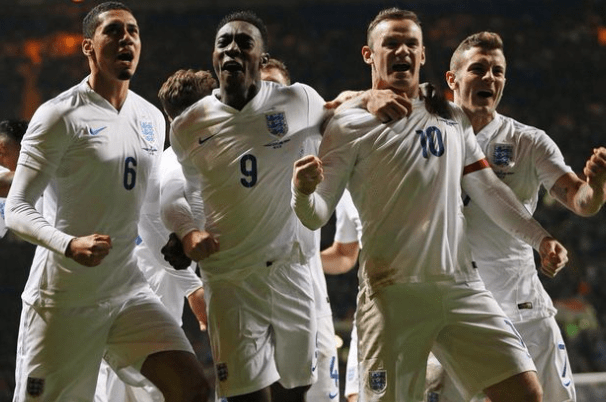 The mood around the England camp is one of quiet optimism, but this is usually the case when the Three Lions head into a major tournament, only for them to choke and disappoint the legion of fans back home. Euro 2016 could and should be different thanks to some in-form, talented youngsters, mixed in with some more experienced players.

For the first time as long as we can remember, England have a wealth of attacking options to choose from. Harry Kane has proven he’s not a one-season wonder, if fit Daniel Sturridge is a thorn in any team’s side, and Jamie Vardy is having the kind of season that most players can only dream of.

Then there is the phenomenal talent of Dele Alli in midfield, although he will have gone more than six weeks without playing competitive football after receiving a three-match suspension for violent conduct, ruling him out of the rest of the domestic season.

One of the biggest questions is where does Wayne Rooney fit into the team, which is a good problem to have. The question marks focus on the shaky England defence, and it is this part of the pitch that is most likely to let England down, although a semi-final berth looks a good bet. 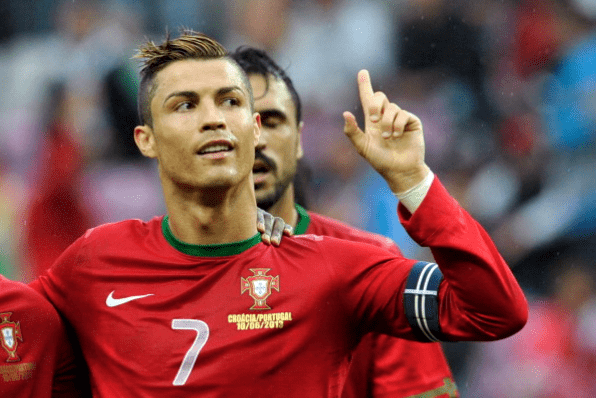 Portugal reached the semi-finals of Euro 2012 before failing to get out of the group stage of the 2014 FIFA World Cup. While they are very unlikely to win Euro 2016, as show in their long odds, the Portuguese are more than equipped to cause a few upsets and ruffle some feathers in France.

Being in a group with Austria, Hungary, and Iceland, Portugal should sail through the group stage. Many of Portugal’s projected starting XI are in superb form for their domestic clubs, with Danilo and Joao Mario expertly pulling the midfield strings and the hit-or-miss striker Eder back among the goals regularly. And who could forget about Cristiano Ronaldo?

Should Portugal win Group F, they play the runner-up of Group E in the round of 16. This will be Belgium, Italy, Ireland, or Sweden. If they come through these fixtures, look out for Portugal to cause some damage. 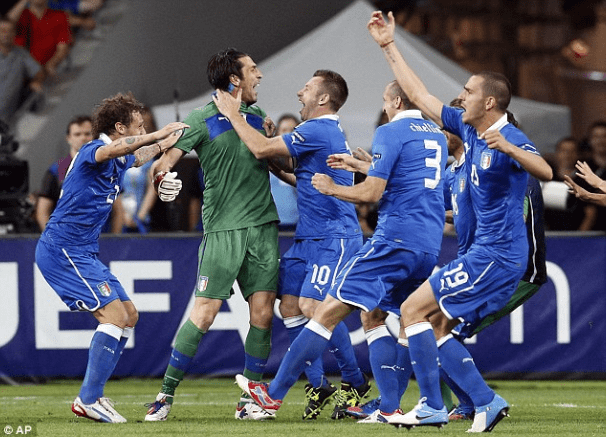 Belgium is fifth favourites to win Euro 2016 (10.00 or +900) and they have a superb team on paper, one that is young and capable of turning over anyone. But, and it is a big but, a large number of their stars have been in and out of the treatment room throughout the season, putting unwanted question marks above their heads.

Christian Benteke, Kevin De Vruyne, Divockl Origi, Toby Alderweireld, Jan Vertonghen, and Vincent Kompany – the latter being crucial to Belgium – are all either injured or recently returned from injury, while Eden Hazard, the PFA Players’ Player of the Year in the 2014-15 season, has struggled to reproduce the exciting form we all know he is capable of.

We have also thrown Italy into this mix because they too are being ravaged by injuries. Star midfielder Claudio Marchisio is already ruled out with a knee injury, Marco Verratti is struggling to recover in time for selection, and both Andrea Barzagli and Giorgio Chiellini are also injured.

Let’s put it out there. If the Italian or Belgians choose a fully fit squad, they do have the potential for a deep run in France.