It hasn’t been the smoothest of starts for Moyes at United, but he will be given time.

It became something of a trademark under Ferguson; flying wingers, clinging to the thin white line allowing their team to utilize the entire width of the field and launch lightening counter blows against teams that were unprepared for the speed and efficiency of the comnig attack. They would whip in crosses from the byline, draw opposing widemen to create space through the middle for United’s daunting list of strikers and offer a demonstration of explosive speed and dribbling ability. Names such as Ryan Giggs, Christiano Ronaldo and Nani jump out as creators who can make things happen and win matches through individual moments of shear brilliance. The utilization of wide men in United’s team is something that bought an incredible amount of success to the club and is perhaps one of the key signatures of Ferguson’s tactical approach. But it is not an easy tactical system to employ successfully. Except for those at the very top of their game such as the Ronaldos, Riberys, Robbans and Bales of this world, wingers are not generally regarded as goal scorers, particularly those inclined to hug their line, indeed it is rare to find many who score more than 10 goals per season. Utilizing formations with wingers also makes defensive organisation more difficult due to the spread of the team, with many of these mercurial talents also disinclined to track their defensive responsibilities as they hold their gaze firmly toward the opposition half of the pitch . So while they can offer a decisive tactical advantage when employed in a correct and disciplined format, they can also be a liability, not tracking back enough to help defenses out, losing the ball too often in poor positions whilst trying outrageous dribbles and all too often disappearing in games when the midfield is packed and space at a premium.

Traditionally David Moyes has not been inclined to use wingers in his play. His team at Everton was solid through the middle and gained width from wing backs such as Leighton Baines who would charge forward  when the opportunity arose to help out in the attack. Obviously the Everton team under Moyes was much more workmen like than the flair and brilliance of the players now under his control but the new United manager must be careful of falling into the trap of trying to play the game Ferguson’s way instead of putting his own stamp on the team. 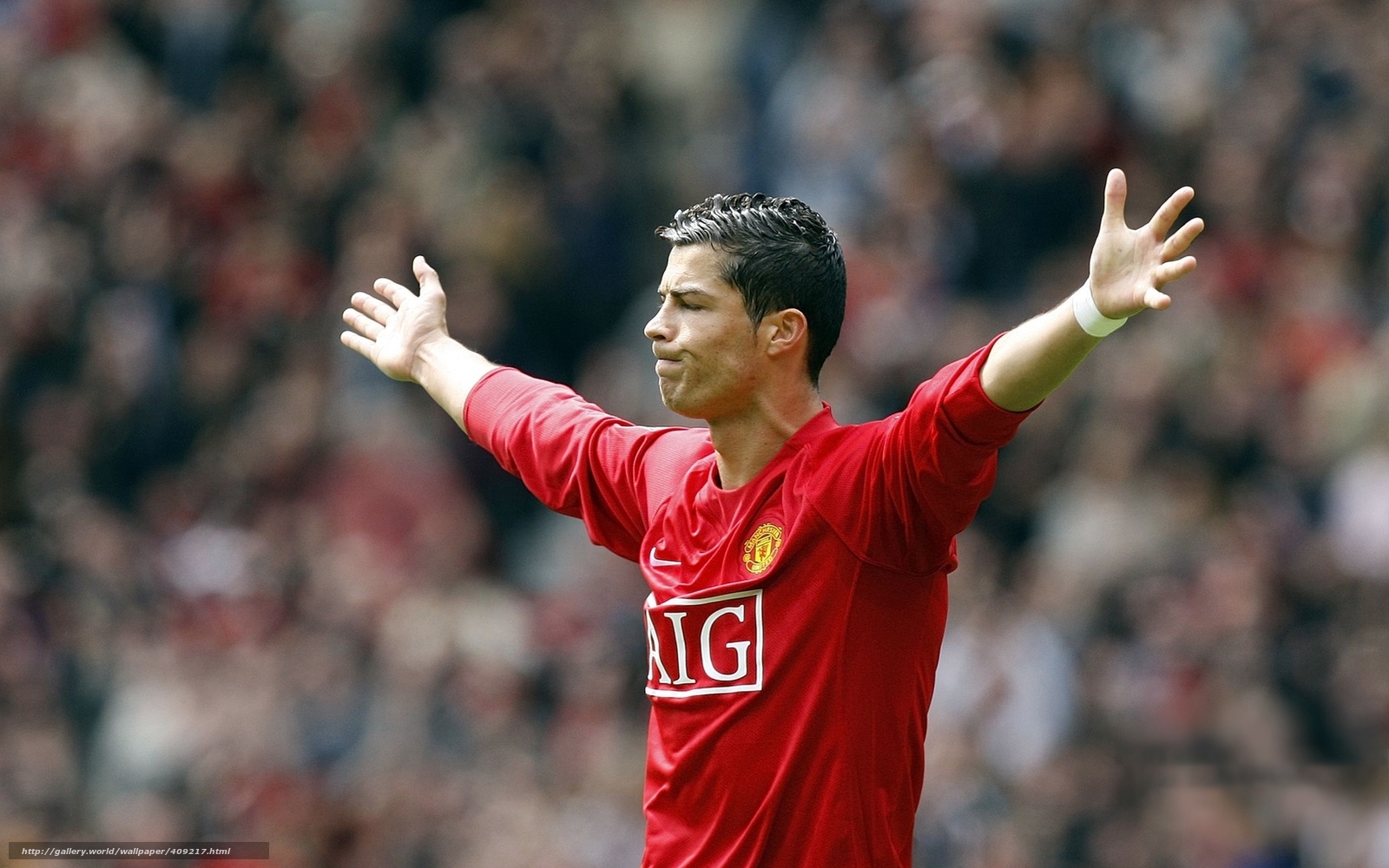 Christiano Ronaldo was the epitomy of Ferguson’s wingers, quick, skillful with an eye for goal.

With the slow start United have had and the unconvincing nature of not just the losing performances, but also the winning ones, which has been marked by moments of individual brilliance rather than a solid team performance, one wonders whether it is time for Moyes to consider moving away from Ferguson’s wing based counter punching game to a more traditional style where the play is made with wide attacking midfielders supported by wing backs who add width, rather than out and out wingers. The use of attacking midfielders is probably the most common style for most big sides in Europe with Chelsea, Man City and Real Madrid to name but a few of the teams who use fleet footed creators in a 4-2-3-1 formation to break down defenses and control games. The formation is stronger defensively as it is more compact and would offer more support to United’s recently wobbly defensive line as well as offering Moyes a system that he is more comfortable with. The introduction of boy wonder Adnan Januzaj highlighted the possible formation transition for United, starting the game on the left but more often than not drifting inside rather than hugging the touch line. This worked well in tandem with Nani who seemed more comfortable being able to roam a little more, and exchanging passes with men inside rather than being told to stay as wide as possible so as to maintain the width of the team.

The two goals scored by Januzaj also highlights another potential gain for Moyes and United. Where the goal return from the United wingers has been frankly woeful, some 2 goals in 80 odd appearances, allowing the wide men the freedom to roam a little more centrally, created both chances for Januzaj to score. One goal was scored through the middle, only slightly to the left of the penalty spot where you would normally expect a central midfielder or deep lying striker to pop up while the other was from the left hand corner of the box. In both instances it was the movement off the wing that allowed Januzaj the space to be able to put the ball in the net, a freedom that is normally not allowed in the strict United playing structure.

United also have the players to be able to pull the change off. While it may put a couple of players jobs at risk, most have shown the tactical flexibility to make the adjustment, some may even thrive in a different system. Playing a 4-2-3-1, players like Rooney can slot in behind van Persie, like Aguero does at neighboring City; Januzaj and Nani have both shown they are smart enough in their movement to move across the forward line, forcing defenses to work harder to track them, and United enigma Kagawa would undoubtedly be more comfortable in this roll as the formation is much closer to that which he shone so brightly with at Dortmund. Valencia has shown he can play deeper in a wing back roll, while the introduction of Fellaini, will provide Carrick with support, as well as offering up a player who can join in the attack from the deep. United’s future? Adnan Januzaj caught the eye with his two goals against Sunderland, but he is far from an out and out winger.

Another option could be switching it up completely to a 4-3-2-1 or 4-3-1-2 formation allowing the forward three players, the freedom to move and switch position at will while still ensuring their is plenty of support behind to ensure defensive strength. In this formation the wing backs, who at United are already of a particularly offensive nature, can offer the width while the midfield will be shored up by the extra body. This formation may even suit players like Anderson whose original attacking mindset has been dulled by the strict tactical wing based formation. In a central three he would be given more freedom to get forward and use his natural attacking talents when the opportunity arose.

David Moyes will no doubt be allowed plenty of time to settle in at United, it is a club based on patience and support for their managers, so unless things go woefully wrong for him he will still be there at the end of the season. That said however, it appears that he, like so many managers, is simply not comfortable with the use of out and out wingers in the style that Ferguson so successfully implemented. This in itself is no shame on the new United manager, many great managers in the past have tried unsuccessfully to use this style only to struggle with the enigma of ensuring defensive strength while getting real effective use out of their wide men, Jose Mourinho’s failure to implement this at the start of his ultimately successful career at Inter Milan is evidence of this, his genius was to recognize early enough that it wasn’t working and change his tactical approach. It is therefore worth Moyes considering the option of bringing an end to the cycle of out and out wingers at United and putting his own stamp on the team..