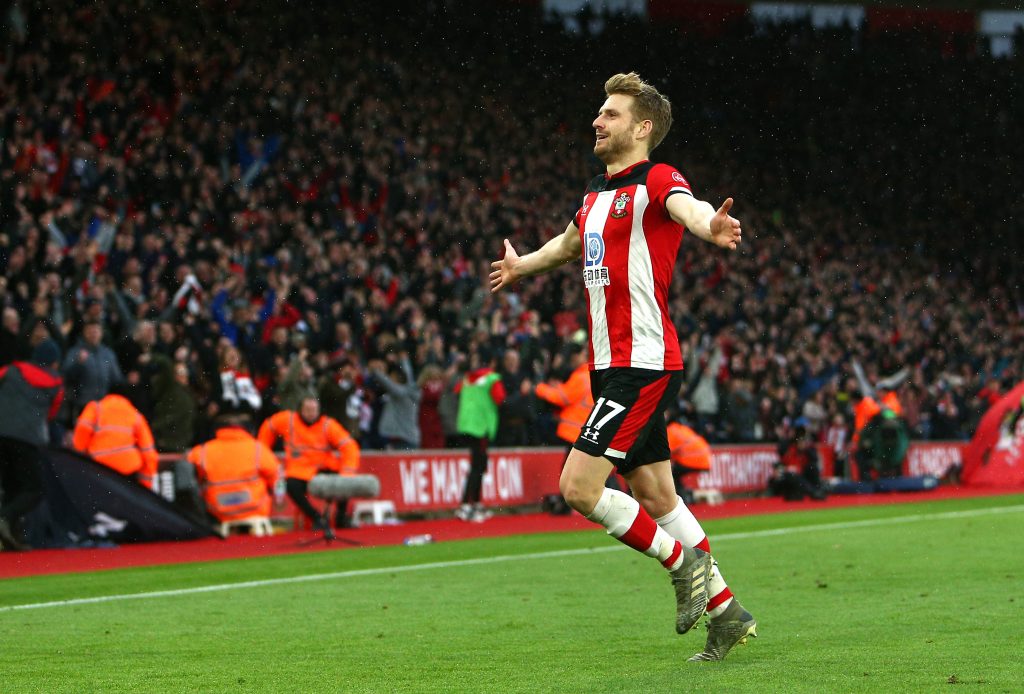 Southampton returned to winning ways after beating Aston Villa 2-0 in the Premier League on Saturday at St Mary’s.

The Saints dominated the first half and took an early lead through Shane Long. Stuart Armstrong scored in the 95th minute to seal all three points.

It was Southampton’s first win in five matches and they have moved 10 points clear of the relegation zone.

Southampton posted a video clip of Armstrong’s goal on their official Twitter page. Many Saints fans responded to the tweet showing their love for the player.

The 27-year-old joined Southampton from Celtic in 2018 and has emerged as one of the key players for the club. Many fans feel that he could go on to become a club legend. Here are some of the selected tweets:

Saints legend in the making!

He celebrated with the fans

I was clearly stating the obvious to Stuart Armstrong, the goal is that way 😂 Great win. pic.twitter.com/0sOzXMqk0V

Stuart’s determination, hard work and also chipping in with the odd goal occasionally has completely won me over! A good days graft from all the lads on pitch with a decent result to show for it! Up the Saints ❤️

He's a grafter, his passing and ability to score important goals…

Danny Ings and Moussa Djenepo were constant threats during the match, and they were denied by Pepe Reina.

However, when Reina came up for a late corner, Armstrong raced on to Adams’ long ball to place the ball in the empty net to seal the victory.

Southampton managed only 46% of possession but they attempted 28 shots of which they managed to keep nine on target, according to BBC Sport.