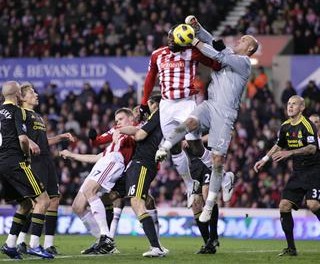 Remember that really bad game England had recently? You know, the one last Wednesday? Oh I see, you tried to forget about it to spare yourself from the miserable ‘woe is me’ aftermath of a typical England performance. Fair enough. Well in the final minutes of the game we did have a notable chance, to this article anyway. England corner, floated over, way over the defenders and attackers in the six yard box. To Gerrard, who volleyed the ball back across, the fizzed cross-shot ricocheting and causing lots of confusion in those brief few instances and eventually sneaking a matter of inches past Bothroyd’s outstretched foot.

It wasn’t your orthadox ‘cross the ball, hopefully find a good header into the net’ type cross, it was a cross that caught the defenders off guard. Afterall you have prepared for a cross to be coming at you if you are a defender – you don’t want to have to whirl around to follow the progress of the ball and then have it fizzing back at you – you want to be facing the ball in the first place. Which begs the question – why aren’t set pieces more tailored to make defenders really work? To make them have to consider space that is outside of the six yard box?

We tend to hear on the odd occasion that Arsenal won’t be so good at set pieces because their players are so tall and strong, wheras Blackburn, with their big strong players are great at Set Pieces. This article asks why this has to be.

I don’t dispute that in the current format that the above is usually the case – Blackburn do offer a significant threat at set pieces thanks to the likes of man tank Christopher Samba. (Zonal Marking? Man Marking? I don’t care, Im Chrissie Samba, and I am double your height and size!) And no, Fabregas is never likely to win headers in such a packed space full of people trying to shove eachother aside to get the space and position they need to score the winning header – his last header, a last minute equaliser against Sunderland in 08/09 sent ripples of shuddering shock around the world.

And that is the point of this article (Not Fabregas’ headed goal, the bit before that). If you are going to struggle to profit in that type of corner situation, why try? Why not create a corner situation in which those players you have in the box can excell?

To funky picture one! 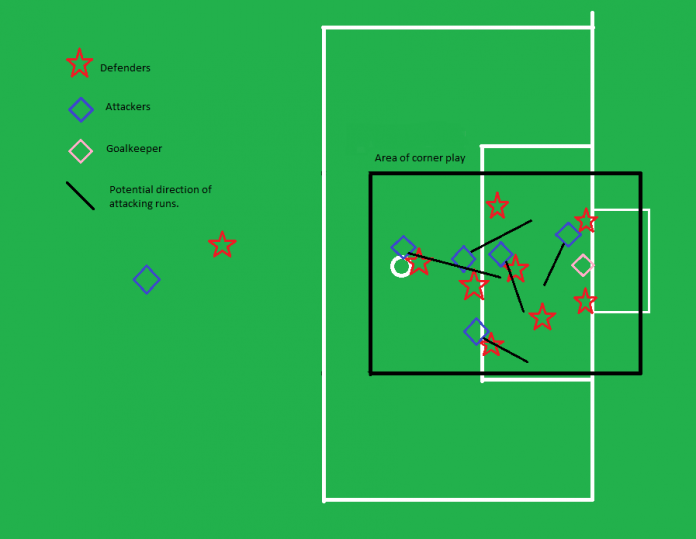 Picture one is my attempted example of what a penalty box looks like at your average corner set piece.

If you are man marking you would have about eight players in your box, depending on your confidence in the players defending it. (Zonal marking can bring all ten players back into the box) and if you are to make modifications to that diagram it would be probably to have the players more clustered, closer to each other intentianally to stop players getting a running jump to the ball, making runs the defence cannot control etc. As is obvious it is an extremely narrow set up and the idea is clear – if you can get a head to the ball in close proximity to the goal you have a good chance of getting said goal. but as mentioned this isn’t going to be easy for your Fabregas’, Walcott’s, Arshavin’s – shall I just say the Arsenal team – who for better or worse are much more skill orientated then most of the premier league.

But this article argues that narrowing the space like this for a set piece isn’t sound logic. Why do that when in general the easiest way to break a defence is to exploit the space? Don’t get me wrong – you see alot of movement in set plays to lose a marker and get to the ball unchallenged – but why not make those markers work to cover even more space in a corner situation? 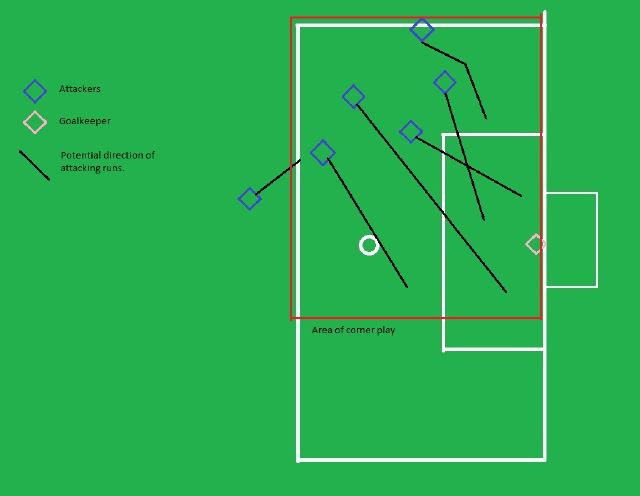 Now the second picture we are assuming that the corner is coming from the bottom corner, thus the attackers are running onto it.

Now this method could potentially do a number of things. It allows your attackers to get some very aggresive runs into danger areas, such as the edge of the box, the back and near posts and the area in front of the goal – something that could make all the difference in winning an ariel battle, strength in the air or not.

The second thing it does is open more space in the penalty box. Defenders face two options with this sort of attack. They either mark man to man and risk being caught out by suprise runs to lose markers and potentially get completely free headers in front of goal. Or they stay in the danger area, giving the attackers the free run.

Thirdly is the much higher potential for marker loss with more agressive runs. We could see the four most agressive players draw defenders by strikign into the melee of the box – leaving a free shot for the player at the back post in case of a floated ball.

Also there are the two deeper players, both of whom could get descisive shots in on goal if the ball from a corner was delivered quickly enough (For a good example of this type of goal…Paul Scholes.)

So in this way the space in the penalty area is stretched, thus aiding the likes of Arsenal who could use their technical ability to benefit from the back or near posts, or even from a quick corner into any availible space in the box and thus, the danger zone. Of course this would require prescise corner taking, and infact good timing for those deep runs to be able to threaten, but then, thats what the traning ground is for.

While the variations on this idea are sure to be many and varied the point is basically this – there is alot more space in the penalty area that could be exploited, in my opinion should be exploited but isn’t – afterall why should you compete with a big and strong team in a tight narrow area where it is harder to find the movement to beat them to the ball, when by expanding the area you make this a much more likely possibility?

Why, you could ask, do teams not do what is taught in open play and use the space? 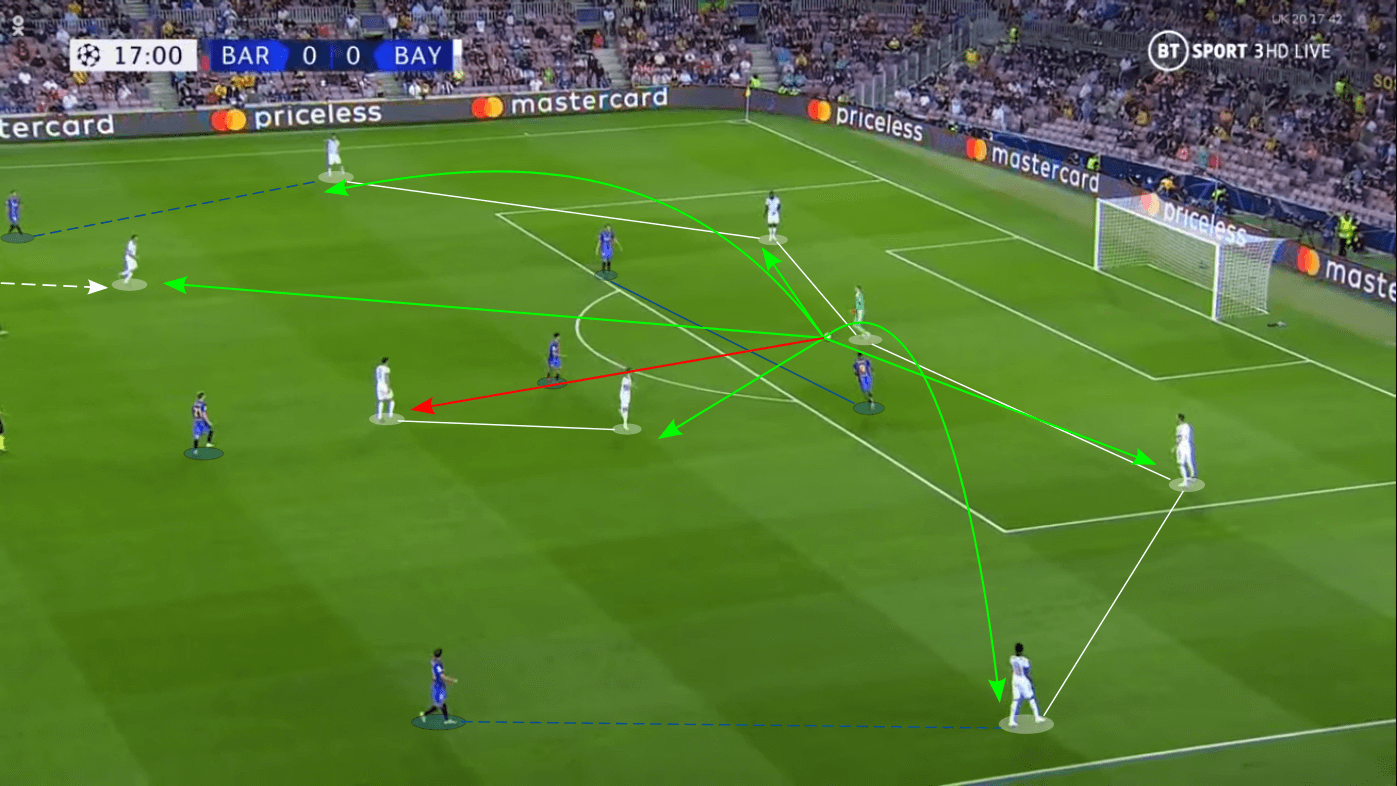 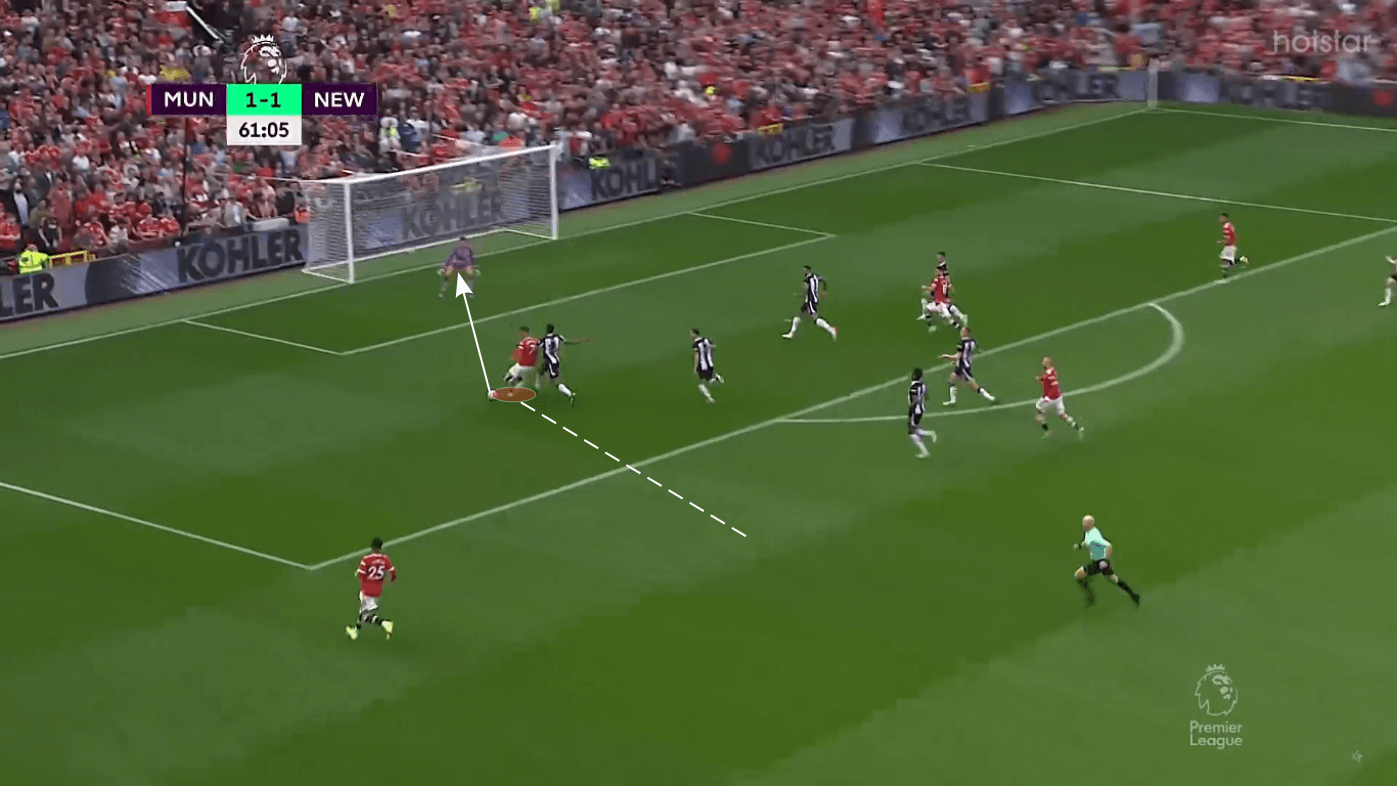 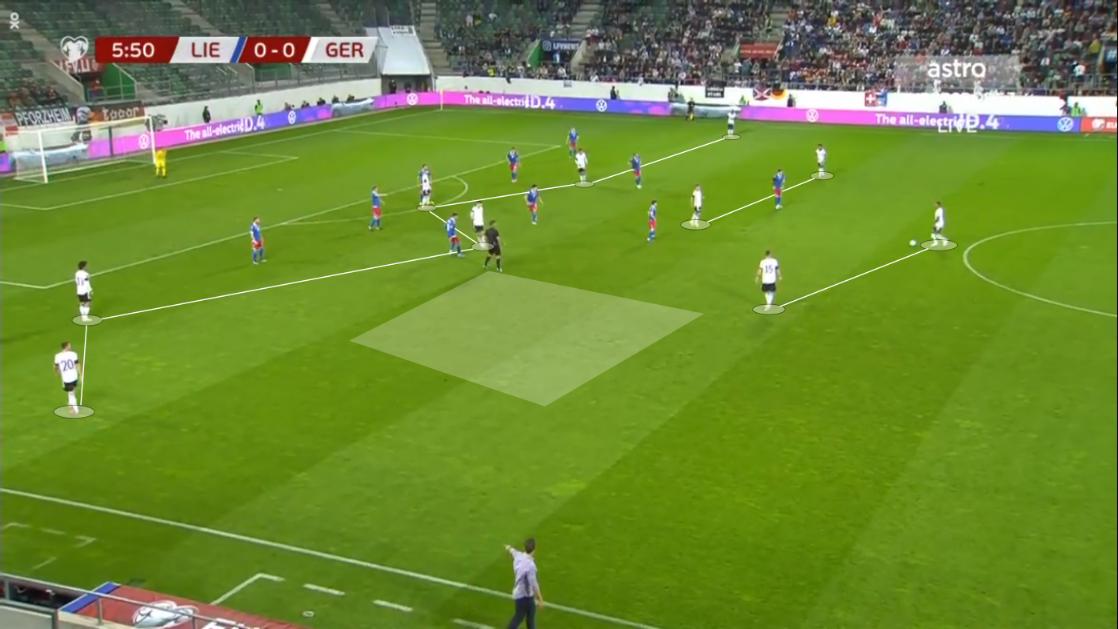