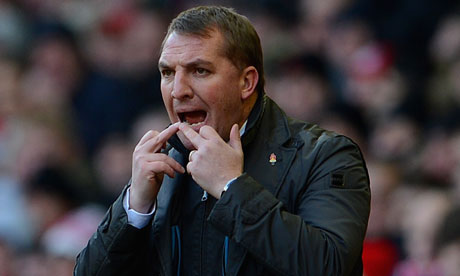 A few days after being dismissed from his role as Liverpool manager, Brendan Rodgers is already being linked with another Premier League managerial role.

The former Liverpool manager is being heavily linked with the bottom of the table Newcastle United who are yet to win this season under Steve McClaren.

Newcastle is currently bottom of the table on goal difference after taking three points from a possible twenty-four and pressure is mounting on McClaren for results.

After being relegated in the 2008/09 season, the Toon is not willing to deal with another season that could see them return to the Championship, especially after the owners heavy investment in the transfer window in summer.

McClaren is not expected to last as Newcastle boss as results and performances have been far below expectations of the fans and owners. McClaren looked to have his once chance at redemption this past weekend as his side led top of the table Manchester City away.

The lead, however, was short-lived and the side were completely dominated all over the park, finishing with a disappointing 6-1 loss for the Geordies.

Brendan Rodgers today released a statement regarding his relationship with Liverpool football club and thanking them for his three years of employment. The 42-year old didn’t mention a whether he would be looking for a new club in his statement but is expected to be on the market and available to be approached.

Whether or not the former Liverpool manager will take the role at to Toon is still unconfirmed. However, the pressure on Steve McClaren to turn results around could see Newcastle looking for a new manager sooner rather than later.