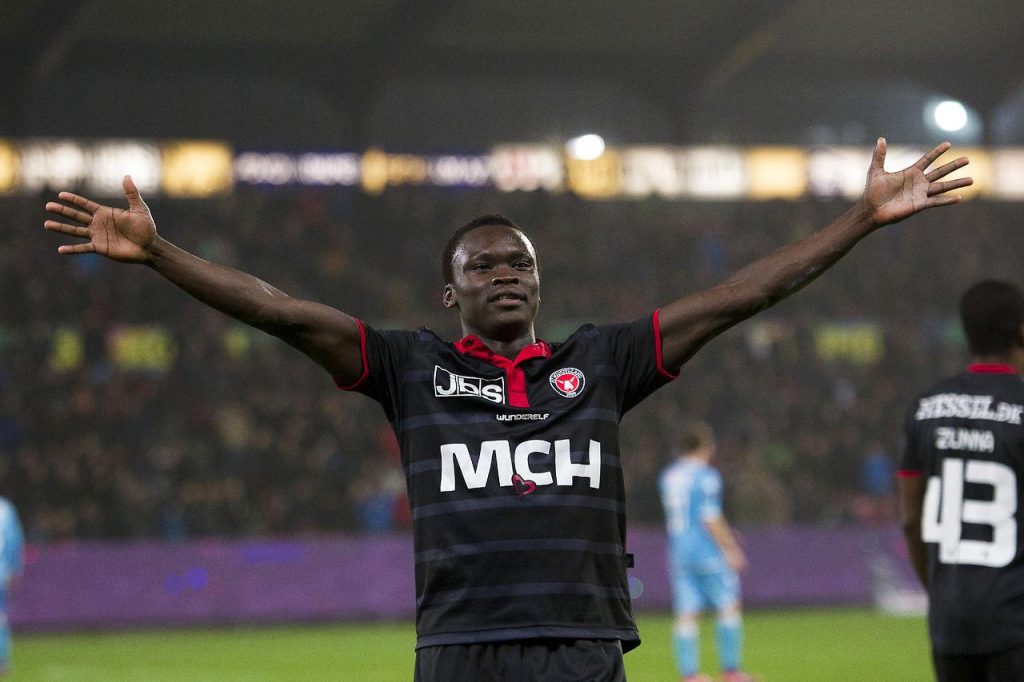 Danish winger Pione Sisto’s career has been a rollercoaster, with impressive highs, and deep lows. After excelling in the Danish League from the age of 17, Sisto truly broke onto the scene as a future star of European football when he was part of the inspiring FC Midtjylland side that nearly took down Manchester United in the 2016 Europa League.

With the likes of Barcelona, Juventus, and Arsenal vying for his signature in the summer of 2016, Sisto had the world at his feet. In the end, Sisto chose to bring his talents to Spain, opting for Europa league aspirants Celta Vigo in a move that would promise more game time then directly making the step to a club of the stature of Barcelona.

The transfer seemed like a match made in heaven, with a Celta side making their first appearance in European football since 2007, a good match for an ambitious but still raw winger in the form of Sisto.

Although the Danish international has been able to show glimpses of his talent on many occasions throughout his four years at the Celestes, his true promise has been hampered by the issues he has faced away from the pitch. Sisto is not the first young footballer to face difficulty in transitioning to a new country.

Couple this with the incessant pressure from the Danish public and a 2018 World Cup that caused him to fall into depression, one can see why Sisto’s time at Celta has soured. Sisto like many young footballers tipped for greatness as a teenager, shows that the constant demands can wear one down, ultimately causing a player of Sisto’s talent to fall out of love for the game, proclaiming in an interview shortly after the World Cup:

“ I seriously just wanted to go home. I did not care how it went. If we were knocked out, that was fine enough with me, I thought. I did not enjoy anything at all of an experience that should be so amazing.”

Going home is exactly what Sisto has now done, returning to boyhood club FC Midtjylland to regain his form and love for football in a familiar setting. FC Midtjylland have not stood still since Pione’s departure in 2016, living up to their nickname of Moneyball FC, for their innovative off-field strategy and analytic based decision-making that has brought unprecedented success to the small Danish club founded just 21 years ago.

Coming off of an impressive season in which Midtjylland finished 14 points clear of F.C. Copenhagen in second, they are looking to reach the Champions League knockout stages for the first time in their history, a remarkable feat for a club of their size and history. With an average age of only 24.5 yrs in the roster, Sisto is one of the more experienced players within the squad, and will play a large role this season in ensuring that FC Midtjylland’s spot at the top of the Danish game is not simply a blip on the horizon.

So who is Sisto on the Pitch?

As mentioned, Sisto is an extremely quick and creative winger, excelling when given the freedom to drive at defenders and wreak havoc. Sisto often holds onto possession in order to bring opposition defenders onto him, thus freeing up an overlapping fullback or striker whom he then sublimely plays into action with high-quality line-breaking passes or switches of play.

His ability to quickly turn individual displays of 1v1 brilliance into precise passes that free up teammates in acres of space shows the development he has made in recent years from a winger of raw talent, to an all rounded attacker with impressive game intelligence.

Sisto excels most on the left side of a front three, cutting in for a shot, playing chipped balls over the top to his opposite winger, or playing delicate balls to an overlapping fullback. However, he is equally capable of excelling through the center and on the right side of an attacking trident, a necessity in the free-flowing attacking side the Danish champions boast.

Sisto also provides a good set-piece, an important element at FC Midtjylland, a side renowned for the importance they put on set-pieces as part of the club’s vision.

What can hold Sisto back from stardom is not any lack of skill or ability on the field, but what is going on in his head. If Sisto is able to stay clear of falling into a similar depression that gripped him after the 2018 WC, and able to resist the unceasing pressure that the Danish Media has put on him from such a young age, he will unquestionably have what it takes to flourish into the player that many believed he would become after his 2016 campaign.

Yet this is a question that is not easily answered, and Sisto is a player that will need to feel the support from the club to show his best on the pitch. A good start to life back in Denmark will be crucial in rebooting Sisto’s fervor for football, just as recurring injuries and poor form are easily capable of pushing Sisto back into a downward spiral that plagued the second half of his tenure at Celta.

In a footballing sense, Sisto still lacks a decisive final product, without the goal scoring ability of a world class winger. Sisto has also suffered from aforementioned injuries throughout his career. Returning to the Danish League which is often far more physical and brutish then La Liga, his ability to stay fit throughout the season will provide a challenge that he must overcome.

Whereas in La Liga Sisto was just another winger, in the Danish top flight he will be amongst the league’s best. This will give opposition defenders that added incentive to want to kick him and harass him as much as possible. Sisto has dealt with this throughout his career as a young player breaking into first team football so early, but it is an obstacle that he will need to master once more next season.

FC Midtjylland will offer a rejuvenating setting For Pione Sisto. If he is able to master the mental hurdles that have tampered his progress over the last two years, true world-class stardom is still in reach for the 25 yr old Ugandan born winger. Amongst familiar faces and in a club with an ambition that matches his own, FC Midtjylland and Sisto will be looking to make history next season, in what could be the clubs first ever appearance in the Champions League Group Stage