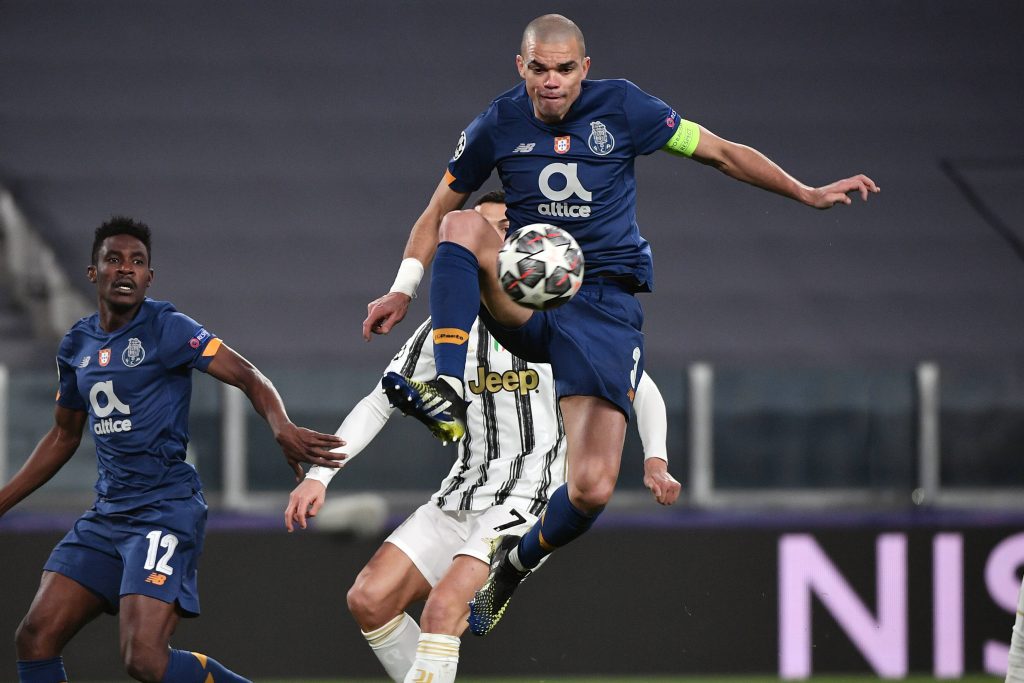 As Pepe’s FC Porto prepare to face Chelsea in the quarter-finals of the Champions League, the Portuguese champions will need another stellar performance from their veteran captain as they look to cause another upset after seeing off Juventus last month.

When Pepe rejoined Porto in January 2019, having had his contract with Besiktas terminated by mutual consent, many thought this would be the swansong of his career.

At the age of 38, the iconic defender still has two years left on his contract after recently extending with the Dragões, and the club’s president has not ruled out keeping him playing until he is 42.

Pepe, whose full name is Képler Laveran de Lima Ferreira, was born and raised in Brazil and played his youth football at Corinthians Alagoano.

In 2001, the 17-year-old decided to leave for Portugal to forge a career in Europe, and his break came on the island of Madeira.

The young defender, often used as a defensive midfielder at the time, signed for Primeira Liga side Marítimo and spent the 2001/02 season with their B team.

Having made four first-team appearances at the back end of the season, Pepe was promoted to the first-team squad, where he spent two seasons before league giants Porto came calling in the summer of 2004.

Pepe became an integral part of the Porto side in his first spell, winning back-to-back league titles and a Portuguese Cup, and Real Madrid saw enough in his performances to bring him to the Bernabéu for €30 million in 2007.

Little was known about Pepe in the Spanish capital at the time, but he certainly left his mark during his decade at the club.

Despite becoming a fan favourite during his time in Madrid, the first thing that springs to many people’s minds when they think of Pepe is his gamesmanship and rash nature.

In 2009, he received a ten-game ban for what can only be described as assaulting Getafe’s Francisco Casquero. This is the sixth-longest ban in the history of Spanish football.

Rival fans chanted “Assassin!” at him, and a Catalonian TV station even depicted him as Hannibal Lecter. Pepe was not to everyone’s taste.

That said, the Portuguese international went on to make 334 appearances for Los Blancos, winning three league titles and three European Cups. He was a valuable member of one of the best teams in Europe.

At the age of 33, Pepe was also one of Portugal’s best performers in their Euro 2016 success, nine years after being handed his debut.

The centre-back was again key in helping his side win the 2018 Nations League, and his 113 caps make him the country’s fourth-highest capped international.

Although Pepe’s Porto side currently sit eight points behind league leaders Sporting, they will be flying the flag for Portuguese football when they face Chelsea in Seville on Wednesday evening, in what will be a stern test for Sérgio Conceição’s side.