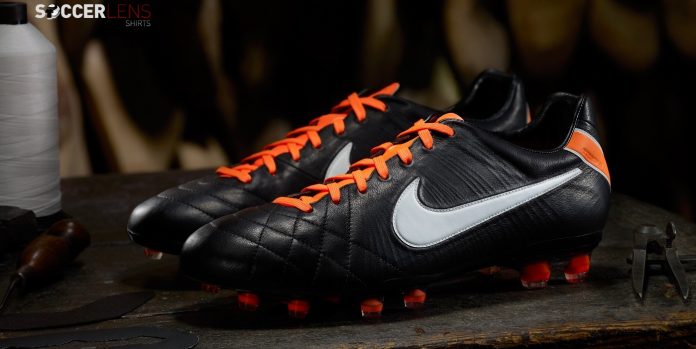 The Nike Tiempo was originally released during the 1994 World Cup in the United States. That year, the final was played between Brazil and Italy. Ten of the players on the pitch wore the Nike Tiempo that day.

Out of the greats, Romario and Ronaldo from Brazil and Paolo Maldini from Italy wore Tiempos.

Today, among others Tiempos are endorsed by players like Ronaldinho (Flamengo) and Javier Hernandez (Manchester United). Subsequently the Tiempo has been released under the 10R – Ronaldinho has his own version called: Ronadinho Dois.

And just like the Total 90, CTR 360 and Superfly, the Tiempo Legend boots also come in Elite versions.

Launching one such Nike Tiempo Legend IV – the boot that Eric Cantona, Maldini and Romario wore – Gerard Pique is set to be the global lead athlete.

These football boots are focussed around touch, control and class. Being Nike’s heritage boot, they’re making it their big summer release.

The boot weighs 20 grams less than the previous versions, making it the lightest Tiempo yet. Tiempo features new innovations like the carbon fiber plate coupled with increased natural support, the Tiempo Legend IV sets itself apart from other cleats.

Pique was asked some questions at the launch of the boot, here is the transcript of the interview. Below are the photos of the Tiempo Legend IV: