Chelsea manager Jose Mourinho has expressed his disappointment at the sacking of Brendan Rodgers from Liverpool, and also hit out at the Liverpool players in the process. 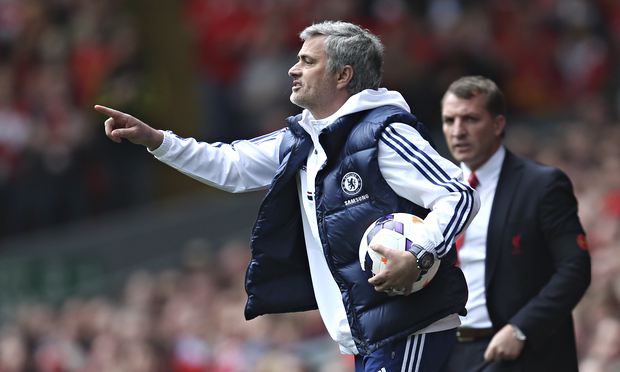 Rodgers, who worked as part of Mourinho’s backroom staff during his first spell at Chelsea in the mid-2000s as the Blues’ youth and reserve team manager, has received empathy from Mourinho as the Portuguese has been left disappointed that Rodgers’ dismissal has been met with more ecstasy than grief.

“You know, I feel sorry that somebody lost his job. And it is quite sad that football in this moment – even in this country – is happy with it,” Mourinho said in an interview with The Irish Times.

The Chelsea boss, who is also under fire this season following his team’s uncharacteristically sloppy title defence, has also clarified doubts about his relationship with Rodgers’ replacement Jurgen Klopp, with whom he says he shares a good rapport. However, Mourinho has hit out at the Liverpool players for their excitement over Klopp’s arrival, something the 52-year-old feels is a pointer to the changing times.

Mourinho’s Chelsea take on Dynamo Kiev later tonight in Kiev in the Champions League with eyes firmly set on getting back to winning ways after suffering a 2-1 loss to Porto last time out. Meanwhile, Klopp’s Liverpool are in Europa League action on Thursday night against Rubin Kazan at Anfield.