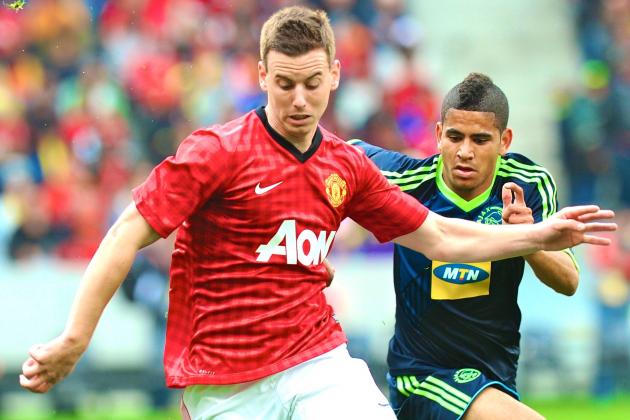 Louis van Gaal made a bright impression yesterday in his first presser after officially taking charge of Manchester United. While he spoke about ambition, philosophy and desire to take Manchester United back to the top again, it is his comments on transfers that obviously garnered extra attention.

Knowing the fact that the previous season was a sort of disaster under his predecessor David Moyes, while a massive rebuilding task is at hand, Van Gaal stressed that he will take a hard look at the whole squad before delving into the transfer market.

Defence is one of the areas where Manchester United need to invest heavily. Despite signing Luke Shaw by paying slightly over the odds, United need more bodies following the departures of Nemanja Vidic and Rio Ferdinand. And if the reports are to be believed, veteran Patrice Evra could be on his way out of Old Trafford too.

It seems like another Manchester United defender, Marnick Vermijl, could reconsider his Old Trafford future, after understanding that he won’t be taking any part in United’s pre-season tour of USA.

The 22-year-old Belgian full-back started his youth career with Manchester United in 2010 and was drafted into the senior team in 2012 but has yet to make any start. He was sent on loan to NEC  where he duly impressed.

However, it seems his situation hasn’t changed under the new manager Louis van Gaal as well. The youngster was excluded from the club’s pre-season tour of USA and naturally he is disappointed. “Of course Marnick was very disappointed,” said his father was quoted by Belgian newspaper Sportwereld.

Vermijl has a contract till June but it seems his future lies away from Old Trafford. He has no shortage of offers though, with clubs from Holland and Belgium are interested in signing him.