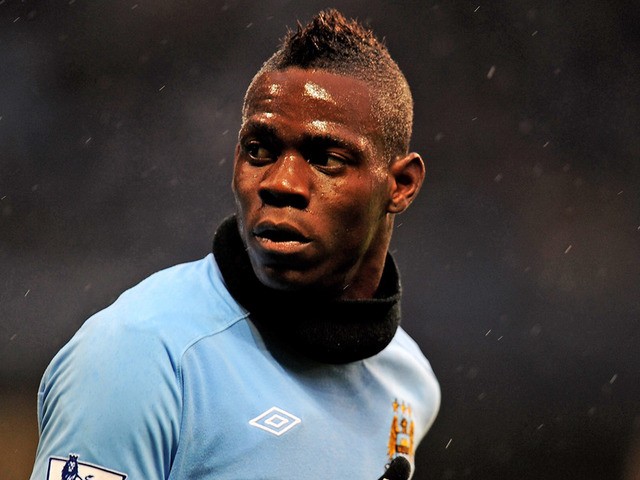 I’m sure your mum said, like mine, that a joke’s only funny when everyone’s laughing. In forgetting Mum’s golden rule, Mario Balotelli has drawn heat from his manager Roberto Mancini and teammate Nigel de Jong. His attempted back-heel goal from close range against MLS side Los Angeles Galaxy earned him an 31st minute substitution and worldwide internet headlines which arrive less than a week after Emirati international Theyab Awana successfully backheeled a penalty in a friendly match against Lebanon.

Perhaps it was disrespectful. Impetuous – yes, stupid – OK, yeah, but direspectful – only if opponent are really intense (and this is football, so let’s not discount this option). Maybe both attempts were just young men having fun.

It shouldn’t be glossed over that both incidents occurred during friendly matches and when one side sported a major advantage. While the UAE held a 6-2 scoreboard lead over their Arabic neighbours, Manchester City are the kind of talent-laden outfit the Los Angeles Galaxy can only imagine being. Both Awana and Balotelli, consciously or not, effectively taunted the opposition by saying “We are so far ahead of you that I can afford to do this“. No malice, just a flat statement of fact delivered in a whimsical way. Is that such a bad thing?

Of course, it’s not the “done thing”. But the “done thing” isn’t a hard and fast set of rules, just a vague unwritten law that one should not embarrass himself or his opposition with lackadaisical approach. Strictly speaking, these acts of flourish constitute taunting and unlike most American sports, there are no direct statutes against such mockery in football. The greatest difference between the two incidents was the context: the age of nationalistic and patriotic fervour in which we live means footballing whimsy is liable to misinterpretation much more in International competition.

Management has every right to accuse him of seeking amusement before results, but likely Balotelli’s greatest crime was to miss the shot. When West Ham’s Paolo Di Canio goaled with his famous scissored volley against Wimbledon, his reasoning behind the method wasn’t the best – and he has admitted so himself – but his execution was beyond the superlative. Levant’s idiom declaims the line between genius and insanity a very fine one. Once he had (correctly) surmised the Citizens were the stronger team, “Super” Mario’s thought processes were solely to entertain – though whether he sought to amuse the crowd or himself is questionable.

What is the purpose of football if not to entertain? Without this element, the sport negates itself and becomes the greatest waste of time and money this side of Formula One. While “Friendly” matches prepare and play sides into (or out of) form, they also serve to attract new fans, earn cash and broaden the appeal of the (sigh) brand. It’s for these last reasons that Manchester City, Barcelona and Manchester United are touring the United States – for each could certainly could attract better or more varied opposition on home shores.

And Mario Balotelli’s act – fun, irresponsible and immature as it was – is more likely to endear him (and therefore his club) to a new fan than to further undermine pre-existing opinions. Any awareness of the Balotelli back-story creates an opinion in the fan unlikely to be altered significantly by this latest act, but children will remember the crazy guy who tried to do a spin-a-roonie at the goalmouth. If City want to pick up youthful fans, they should ask Mario Balotelli to front the charge.

Strangely, in his own antagonistic and youthful way, Mario Balotelli has turned himself in the eyes of many from spoiled child to misunderstood. Apparently, Nigel de Jong and Roberto Mancini don’t understand him. If that’s the case, we probably won’t either.

Matthew Wood regularly contributes to Soccerlens. You can find more of his analysis and commentary at Balanced Sports or follow him on Twitter @balanced_sports.