The Champions League returns to Old Trafford after a brief one-year-absence. Manchester United, who finished fourth last season, have a chance to book their place in the group stages of the competition if they overcome Club Brugge in the two-legged qualifying round.

On paper, United should start as strong favourites, but the Belgium outfit should not be taken lightly. United have started the season on a positive note, with back-to-back 1-0 victories over Tottenham and Aston Villa. Louis van Gaal will be hoping his side to continue the winning form, albeit with a better scoreline and goal difference.

Lack of goals upfront is a case for concern, but the Dutchman has pinned his hope on skipper Wayne Rooney to deliver on Tuesday night.

Michel Preud’homme’s Club Brugge side won the Belgian Cup last season and reached the quarter-finals of the Europa League.

The Belgian club are heading into this match on the back of a 2-1 victory over Kortrijk, therefore the confidence will be high among the players. The Blauw-Zwart booked their place in the play-offs by defeating Panathinaikos 3-3 on aggregate, with away goal rule helping the way. 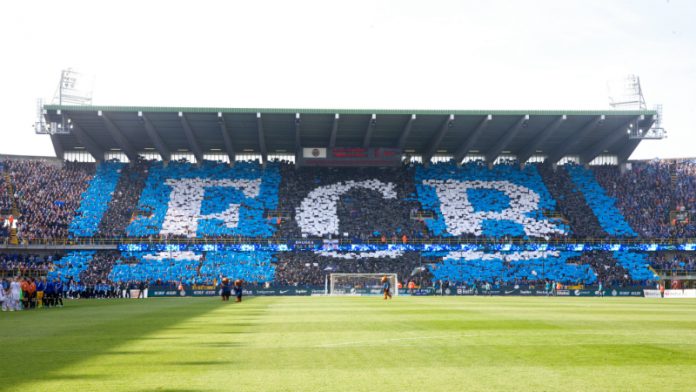 Louis van Gaal has confirmed ahead of the match that he has a fully fit squad to chose from. The only absentee could be Phil Jones, who who missed the opening two league games of the season, and still hasn’t recovered yet to play on Tuesday. Check the report here.

Like his counterpart, Preud’homme also has a fully fit squad available to him for this crucial encounter, with no major injury and suspension news to report.