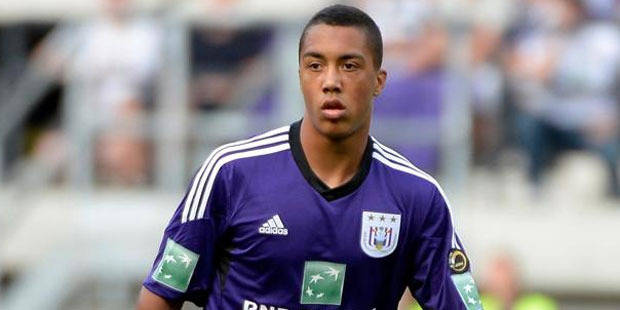 The 18-year-old, who only left school last summer and speaks fluent English and French, is regarded as the next big talent emerging from Belgium.

He has already made his Champions League debut at the age of 16, and can play in the holding midfield role or a more advanced role.

Premier League giants Chelsea and La Liga champions Barcelona have watched him in recent months, and now United have joined the race too, per Daily Mail.

The Red Devils are keen to bring in young talented midfielders in the side, with an intention to replace senior players like Michael Carrick, who is fast approaching the end of his club career.

According to Steve Bates in the Sunday People, Powell is all set to quit Manchester United; the 22-year-old will be allowed to leave next year.

Powell was signed from Crewe Alexandra in a £4m deal three years ago, and he has made only seven appearances for United.

His progress stalled due to a serious knee injury while there are growing concerns over his attitude and commitment to training.

Powell was sent on loan by United boss Louis van Gaal last September to Leicester but the Foxes had pulled the plug in January this year (just three months into agreement) with Nigel Pearson understood to be disappointed with the player’s lack of hunger and desire, as the club fought to stay in the Premier League.