What do Manchester City need to improve in Europe? 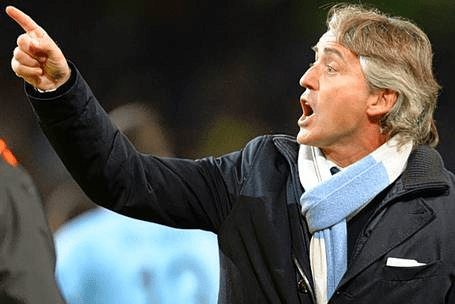 Manchester City have been dumped out of the Champions League group stage for the second season in a row and they need to make major improvements if they want to ever have realistic hopes of winning the competition.

City need to do two things to happen next season if they are going to make the last 16; they need to improve their home form and they need a little bit of luck. Their home form simply has to improve because three draws from their three games at the Etihad isn’t good enough in terms of helping the side out of their group.

They need a little bit of luck in terms of the tams they are drawn against in the group stage because they have come up against Real Madrid and Borussia Dortmund, who could both easily win the title, and Ajax, the best team in the Netherlands. A kinder group will give them their first real shot and the knock out stage where anything can happen.

They also need a settled formation if they are going to improve. All too often this season manager Roberto Mancini has changed the system in the middle of a game which has meant the side have almost gone backwards instead of forwards. The fact the manager still needs to work out City’s best system for European football is worrying.

However, it’s not all doom and gloom because City can take experience from their first two years in the tournament. They have a long way to go if they want to be considered as serious Champions League title contenders but the ground work is there and they have a brilliant squad of players to choose from.

The fans and the club need t show faith in their manager because once he gets a system worked out for the current set of players, the last 20 minutes against Real Madrid showed that City can take a match to anyone regardless of club stature.