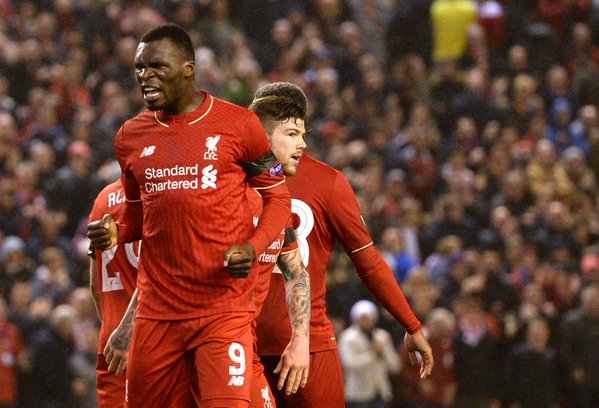 Liverpool beat French side Bordeaux in the Europa League to go on top of the group, and qualify for the round-of-32 of the competition. A penalty from James Milner and a marvellous strike from Christian Benteke ensured Liverpool followed up the performance against Manchester City with another win.

Here are three things we learnt from the match:

Simon Mignolet will be replaced sooner rather than later

As soon as Klopp came in, there were a few goalkeepers lined up with a move to Liverpool even before the Belgian played a minute under the new German manager. One month on, Mignolet has done decently but not enough to prove he can be a guaranteed first choice keeper. Mignolet was penalised for time wasting as he held onto the ball for 22 seconds, which is beyond “pushing” the six-seconds rule. Saviet gorgeously converted the indirect frekick from inside the box. Good thing Liverpool have started coming back into games, otherwise Bordeux’s first goal in English soil would have more meaning than it did.

Mignolet has always been an impeccable shot-stopper but his decision making has come in question on many occasions. The former Sunderland keeper will need to make sure he is absolutely giving a 10/10 performance in every game from now till the end of the season to ensure he keeps a spot in Klopp’s plans as the Liverpool boss is understood to be a big admirer of both Bayer Leverkusen’s Bernd Leno and Mainz’s Loris Karius.

Benteke has a significant role to play

The routs of Manchester City and Chelsea had Roberto Firmino operate up-top and Benteke came in the games from the bench. There were doubts after that as to whether the 32m man will have a significant role to play under Klopp or will he just be a luxurious option to have in the squad.

The Belgian was involved in most of what was happening in the final third. He was pushed for Liverpool’s penalty, which James Milner converted with ease. Right at the stroke of half-time, he scored from a gorgeous strike. It was far from a perfect performance from Big Ben. He was dispossessed, he was disallowed a goal on two occasions –  for being offside and for nudging an opponent in the box (in what was a beautiful build-up). However, it was a performance that was persuading enough to anyone who thought he might not be an important player under the new boss. With Daniel Sturridge injured again, Benteke will have to play that part with conviction as the Reds chase a trophy and the vital top 4 berth.

Joe Allen had his Xavi going for him

The Welshman has never been the most loved figure at Anfield. The infamous Xavi tag given to him by Brendan Rodgers did him no favours. Swansea, Wales and some Liverpool fans will tell you that Allen is not as bad a player he is often made out to be. The 25-year-old had a solid game against Bordeaux alongside Lucas and Milner. Allen made 5 successful tackles and intercepted the ball successfully on 3 occasions. He also started the wonderful move for Benteke’s disallowed goal. With Lucas set to miss out against Swansea with suspension, Allen put on a performance that must have shown Klopp that he has the ability to play more often, and more immediately, on the weekend against his former club.