The release of today’s updated FIFA World Rankings following the end of normal World Cup qualifying saw England miss out on a spot as one of the seeds for the draw.

With that to come in December after the playoffs for the remaining spots have been decided, Soccerlens looks at other winners and losers:

No, it’s not a misprint. FIFA really do rate World Cup finalists Switzerland as the seventh best team out there. That puts them as a seeded nation.

Whilst the inclusion of a team that does well to get to the knockout stages of major tournaments high up the World Rankings appears farcical, the Swiss won UEFA Qualifying Group E without losing.

Seven wins and three draws under the wily Ottmar Hitzfeld, plus a friendly win over World Cup hosts Brazil in August, have been part of an undefeated streak going back to May 2012.

Even that defeat against Romania in Lucerne was tempered by a famous 5-3 Basel win over neighbours Germany in the previous outing. To put it another way, Switzerland have lost just twice in the last two years.

Hitzfeld, who has revealed he will retire after the World Cup, has a blend of talent, youth and experience which we can expect to give a decent account of themselves. The chances of them performing in Brazil where their current ranking suggests, however, are small. 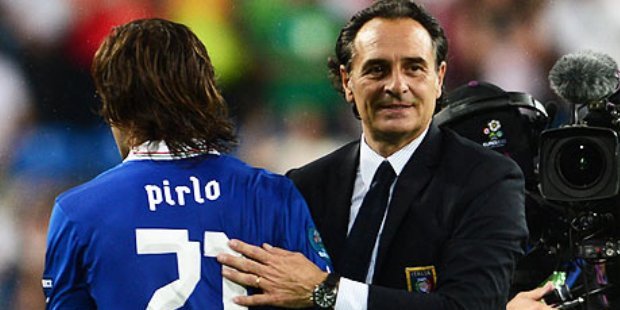 Spare a thought for Cesar Prandelli’s Azzurri. They are ranked joint-eighth in the latest World Rankings and, because hosts Brazil are seeded, just miss out on a place at the top table.

And all this despite winning UEFA Qualifying Group B with matches to spare. Mercurial firebrand Mario Balotelli led this pool’s scoring charts, closely followed by Southampton forward Dani Osvaldo.

It’s safe to say drawing with Armenia on the final matchday of qualification cost Italy a place in the top six. The Azzurri are sixth favourites to add a fifth World Cup to the trophy cabinet.

Under tactical pragmatist Prandelli, your guess is as good as ours what formation(s) he’ll use come the finals in Brazil. 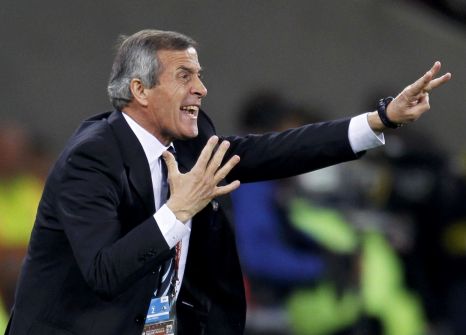 Although they are yet to book their place at the World Cup, many believe Oscar Tabarez and his team are going through a mere formality facing Jordan in the intercontinental playoffs.

Uruguay are up a place to sixth in the World Rankings by virtue of a famous win over Argentina. It should be noted this result was a dead rubber, however.

Much has been made of La Celeste’s ageing defence. Captain Diego Lugano is currently out of the firing line at club level as West Bromwich Albion prefer more experienced Premier League options, but Tabarez must make a decision about this paceless wonder.

His want has been to back Lugano and the inclusion of Maxi Pereira in the latest win suggests Uruguay’s old guard have a stay of execution, provided they guarantee passage to Brazil as anticipated.

Luis Suarez and Edinson Cavani will be the main dangers, but must make headlines for the right reasons if there is to be any gloss to potential La Celeste success. Uruguay are currently 33/1 shots to win the World Cup – as likely as France say the bookies.

Not even having the lethal Robin van Persie can nudge the Netherlands into the top seeds. Pretty much faultless in qualifying – nine wins and a draw in UEFA Group D – this could not make up for dismal showing at Euro 2012.

Reckoned among the favourites to win that tournament, old problems caused by big egos affected the Dutch’s World Ranking dramatically. Even more startling was their losing streak ran to a fourth match as in vogue neighbours Belgium beat them last August.

The recovery under Louis van Gaal has been impressive, but the only way which his Clockwork Orange can become a top seed is if Uruguay are humbled by Jordan.

Joint-eight is definitely not the place to be. Italy can sympathize with Holland. Van Gaal is in the process of bringing a new generation through, particularly in defence. Forwards like RVP, Arjen Robben and Dirk Kuyt remain regulars in attack.

Midfield experimenting, including the blooding of Premier League pair Leroy Fer (Norwich City) and Jonathan de Guzman (Swansea City), in recent matches also explains why the Dutch are an 18/1 shot.

When you’re in the top five in the World Rankings, the tag of dark horses has well and truly been shed. Belgium under Marc Wilmots have simply been a revelation.

There is competition, cut-throat competition at that, for every single spot in the Red Devils’ starting XI. From goalie to striker there are two credible candidates for every position. Chelsea-owned pair Eden Hazard and Romelu Lukaku are the tip of the iceberg.

Past failures during a decade of transition have been forgotten. Belgian players are among the hottest properties in Europe, if not the world.

They are fifth favourites behind the usual suspects Brazil, Germany, Spain and Argentina to take the World Cup crown. This basically reflects the World Rankings if we ignore the claims of Colombia.