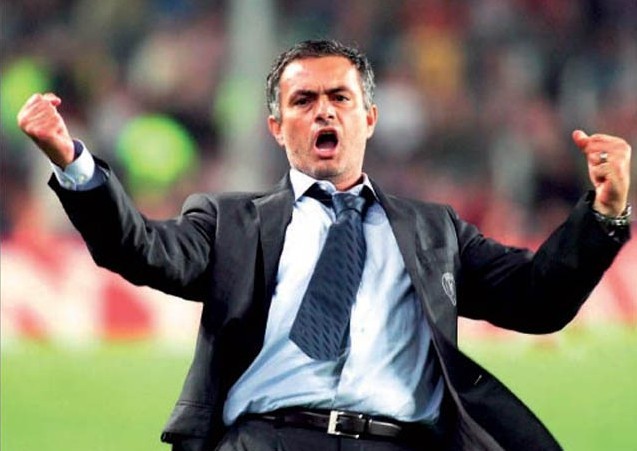 Jose Mourinho returned to Stamford Bridge last summer for his second period in charge of Chelsea. Before the relationship with club owner Roman Abramovich broke down in 2007 and the Portuguese left the club, the Blues had enjoyed two trophy-laden years and seemed on the cusp of breaking the stranglehold of Manchester United over the Premier League.

In his absence, Carlo Ancelotti won the league and cup double for the club in 2010, but aside from that, and a few domestic cups, it has been the ‘Mourinho years’ that have defined the club’s best period.

Now back in the Stamford Bridge hot seat, the ‘Special One’ has already guided the Blues to the top of the Premier League, with the possibility of another title on the horizon.

So, let’s take a minute and look back over the two periods of Mourinho’s stewardship at Chelsea and consider who would be in an “All Time Mourinho Chelsea XI.”

Assembling these teams is always fun, and it was interesting to note, when I completed mine, how many players in the team were not actually Mourinho signings or not necessarily players that he would have chosen to sign.

My eleven has four signings made by the Portuguese – well, five if you count the one that at the time seemed thrust upon him, rather than signed at his request. There are four that pre-date his first arrival and two that were signed in his period managing Inter Milan and Real Madrid. 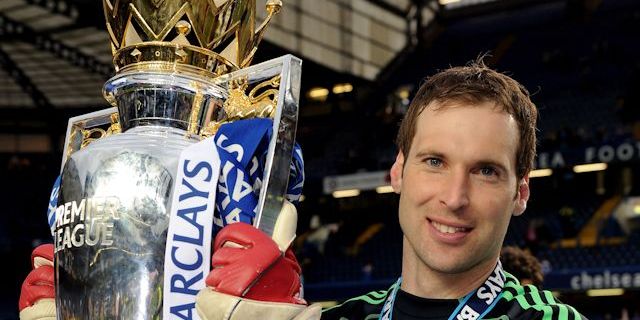 Although there’ll be debate about many of the players selected, few would dispute that the goalkeeper position should go to Petr Cech.

From setting ‘clean-sheet’ records in his first season under Mourinho in 2004-05 – going over one thousand minutes without conceding a goal – to saving the penalties that helped the Blues win the Champions League in 2012, Cech remains the outstanding ‘keeper in the Premier League era, so I’ll brook no argument on the guy in the gloves between the sticks.

The big Czech international was one of those players signed before Mourinho arrived in 2004, and it speaks testament that he remains the undisputed number one at the club.

The back four is a much more difficult situation, and I’d listen to arguments about a couple of the positions, but I think I have the balance right here.

On the right flank, I’ve selected Branislav Ivanovic. The big Serb defender missed Mourinho’s first spell at the club, but quickly became his favoured option at right back this time around.

I did consider perhaps looking at Glen Johnson, now plying his trade with Liverpool, and also the reliable Paolo Ferreira. Although Johnson has good attacking qualities, opted for the Serb as on balance, I think he just shades it.

Ferreira was a different proposition.  Since joining the club as one of Mourinho’s first signings, he has been reliable and almost the archetypal ‘steady Eddie’ type of player. It’s also true to say that I haven’t seen anyone defend better against Gareth Bale in his pomp than the Portuguese full back.

Deploying game knowledge and experience against the guile and power of Bale, Ferreira kept the Welshman at bay with considerable aplomb, each time he played against him. 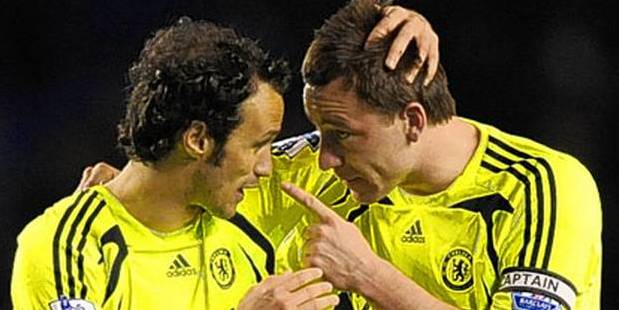 Centre-backs are all about partnerships, and I’ve gone for the one that worked so well during Mourinho’s initial tenure at the club.

Whilst John Terry remains a stalwart figure in the contemporary Chelsea line up, Ricardo Carvalho followed Mourinho to Real Madrid, and then moved on to Monaco.

As a pair they complemented each other exceptionally. Terry’s muscular defending being the ‘stopper’ centre half, whilst the elegant Carvalho used his ability to read a game and surprising pace to sweep around his team mate.

The Portuguese player was also quick on the break and netted a number of goals in his time at the Bridge. William Gallas also crossed my mind, but the Terry-Carvalho axis is the one that works for me.

The left-back position has to go to Ashley Cole. Although currently out of favour at the club, the the England man acquired from Arsenal in controversial circumstances has been one of the top half-dozen performers in his position in the world over the past ten years or so.

Although the modern trend now is to a 4-2-3-1 formation, in the first Mourinho period, 4-3-3 was very much the order of the day, and the system was widely utilised by the Blues of that period, and with the players I have selected, it makes sense to stick with that formation. 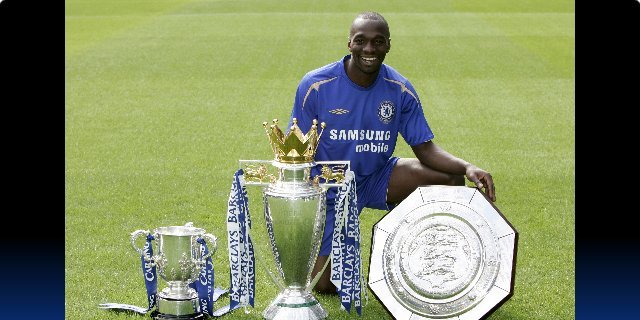 Going for a three man midfield means that I can have a central holding player and two more forward thinking ones. With that in mind, if you’re selecting a holding layer, there’s surely no-one better than the man who had the position named after him, Claude Makelele.

Another of the players already present when Mourinho arrived, the diminutive French international was the cornerstone of the Blues’ midfield in the early Mourinho period.

A number of players, such as Lassana Diarra, who later went on to success at Real Madrid, were brought in to try and replicate the role he played, but Makelele was the ideal ‘water-carrier’, to borrow a description from Eric Cantona aimed at Didier Deschamps.

Makelele won the ball and played it short and sensibly to set his team moving forwards. And the players he would be releasing the ball to are my other two midfielders, Frank Lampard and Michael Ballack. 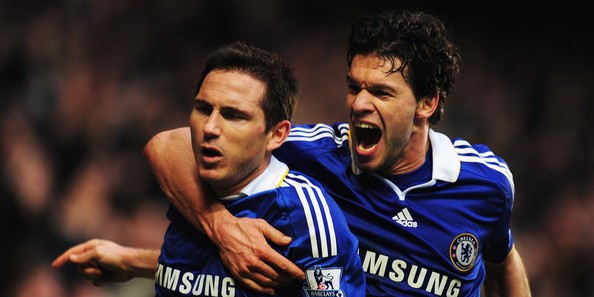 Again, Frank Lampard pre-dated Mourinho’s arrival, but any Chelsea team of the era without the record scoring midfielder is surely borderline unthinkable.

Signed by ‘Tinkerman’ Claudio Ranieri from West Ham for what now seems a bargain £11m, Lampard redefined the box-to-box midfield role and has a scoring record at the club that is the envy of many forwards.

The club’s all-time top scorer and one of the top players of the Premier League era, Lampard is a shoo-in for my team.

Alongside him, I’m selecting the German player, Michael Ballack.

Here was a player that moved to West London towards the end of Mourinho’s first tenure at the club, but his elegant, yet powerful style contributed much to the trophies the club won in the era.

At the time he was signed, it was rumoured that, as with the arrival of Ukranian striker Andrei Shevchenko from AC Milan, he was a signing of the club, rather than the manager.

Nonetheless, in his years at the club Ballack demonstrated his bountiful midfield skills, and I’m keen to have him in my team.

I would certainly be prepared to listen to arguments for putting Michael Essien in ahead of Ballack. When fit, the Ghanaian was an exceptional player, with an engine that never seemed to run out of fuel.

Injuries deprived Chelsea of a number of Essien years at this best however, so Ballack gets the vote for me. 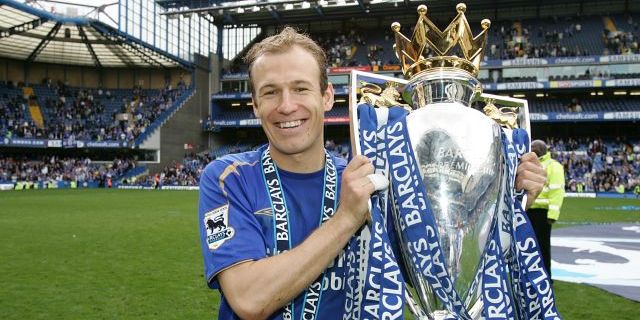 At the sharp end of the team, playing a 4-3-3 formation allows me to have two wide players and a central striker.

My first winger is Arjen Robben.

The Dutch flyer arrived at Stamford Bridge in the same summer as Mourinho but, after being injured in pre-season, it was a few months into the season before he played.

He very quickly became an integral element in the Blues’ attack, who utilised his pace to great effect. His enduring quality is illustrated by the fact that he still comprises an important part of Pep Guardiola’s European Champion’s Bayern Munich team, scoring the winning goal that brought the Bavarians the title at Wembley last season.

Conversely perhaps, the enduring memory of Robben for Blues’ fans may be his extra time penalty miss against Chelsea in the Champions’ League final a couple of years ago. It is however for his ability playing for the club, rather than missing a penalty against it, that gets Arjen Robben into my team.

On the other flank, it will be little surprise to many to find Eden Hazard.

Currently, probably the most extravagantly skilled player in the squad, he could probably justify a place in almost any team in Europe. A proven ‘game winner’ he has the enviable twin assets of pace and ability that always causes defences problems.

If he stays healthy, Hazard has the potential to be one of the world’s top players, and if Chelsea can keep him, he will surely bring trophies to the club.

I did briefly consider other wide options such as Joe Cole and Damien Duff, but the combination of Robben and Hazard has the balance to cause defences major headaches and set up opportunities for my central striker. Now, who would that be?

Some people may argue for Shevchenko, others for Gudjohnsen, and some even for Torres,; but for most Chelsea fans however there is only one choice.

Didier Drogba arrived at Chelsea from Marsailles after Mourinho decided he was the ideal man to lead the line.

In the years he wore Chelsea blue, Drogba almost redefined the role of the ‘loan striker’ in a front three, netting over 150 goals, including the last kick of his Chelsea career when he famously rolled the ball into the corner of Manuel Neuer’s net as the German ‘keeper dived the other way.

For all Chelsea fans, it was a moment frozen in time as Chelsea became champions of Europe. There has to be little doubt that Drogba is the man to lead the line in anyone’s All Time Mourinho Chelsea XI.

So, that’s my team, but there’s always room for discussion. What do you think?