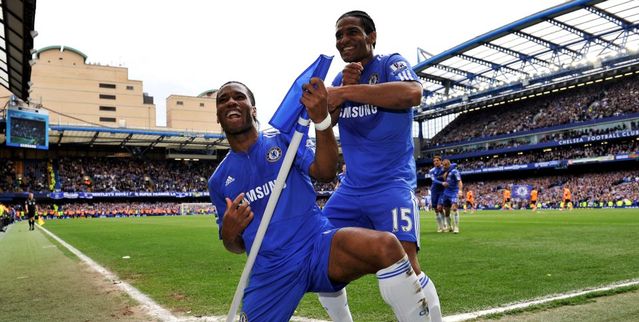 Compiling a list of the best 10 signings in this time is not a simple task and there will, no doubt, be objections. Many players, such as Damien Duff and Wayne Bridge, are unlucky to miss out; others, like Nicolas Anelka, Mikel, Salomon Kalou and Branislav Ivanovic, may one day reach the heights of this list but have not done enough in their Chelsea careers, yet.

The best signings that Chelsea have made under Roman Abramovich, in my opinion, so far, are:

10 – Michael Ballack. Truth be told; Ballack was a slight disappointment. He never truly or consistently lived up to his reputation of being one of Europe’s best players. He makes the top-10 because he was free, Chelsea nearly won the Premier League title in 2008 because of his double against Manchester United and because, in spite of what the disgusted media thought, he reacted like every Chelsea supporter would have wanted him to react to Tom Henning Ovrebo.

9 – Ricardo Carvalho. £20 million is a lot for a defender but Carvalho was worth every penny. He was the type of defender, for Chelsea, who would do anything not to concede, no matter how underhand or scrappy. After forming, with John Terry, one of the best defensive partnerships the Premier League has ever seen Carvalho, unfortunately, became a bit injury prone in his last couple of seasons; but this did not ruin his reputation at all. Chelsea received 5 good years (hopefully his best) and nearly £7 million for the 32 year-old from Real Madrid.

8 – Arjen Robben. Robben’s first two seasons (out of three) are the reason he is in this list. He wasn’t at Chelsea for very long, but he still remains one of the best players to play for Chelsea. His pace and flair added a new dimension to the Chelsea Premier League Champions of 2005 and 2006. Robben’s popularity with Chelsea supporters can only have grown with his wonder-goal to help knock Manchester United out of the Champions League last season.

7 – Joe Cole. Despite having a poor first season, a bad last season and transferring to one of Chelsea’s rivals Joe Cole was a fantastic signing for Chelsea. Despite some wretched times at Chelsea he will be remembered for some wonderful moments – most recently his back-heeled goal at Old Trafford. Many were disappointing to see Cole move on in the summer but it seemed unlikely that he’d get enough games at Chelsea to pull himself back to his best form. At least he didn’t go to Manchester United. 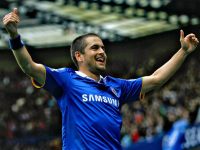 6 – Florent Malouda. If this list is written again in a year then Malouda may well have an even better position because his form keeps improving. Despite scoring on his debut, Malouda didn’t reach the heights that he reached with Lyon until Guus Hiddink became manager. Since then, Carlo Ancelotti has brought the absolute best out of Malouda. He currently sits at the top of the Premier League goal-scoring charts, is France’s new captain and is on the cusp of becoming a true Chelsea legend.

5 – Ashley Cole. ‘Cashley’ Cole is an unpopular figure in England despite, probably, being England’s best player.  Along with people who read gossip magazines, the other main haters of Cole are the Arsenal supporters. Ashley Cole did leave his boyhood club, Arsenal, for their rivals Chelsea, but the accusation that this was a decision based entirely on money is unlikely. Far more likely is the fact that Cole realised that Arsenal, who have not won a trophy for 5 years, did not have aspirations as high as Chelsea or Ashley Cole.

4 – Claude Makelele. Makelele was underappreciated at Real Madrid, undoubtedly. If he wasn’t, then they wouldn’t have let him go so easily. It took a little while for Makelele’s importance to be realised in England but London eventually became the place that Makelele made his name – and his position (“the Makelele-role”). He scored just under a goal every 100 games for Chelsea – and one of these he was lucky to get – but it is appreciated that the Makelele-role is not about scoring.

3 – Michael Essien. His versatility, hard-working nature and set of wonder-goals had never been underappreciated at Chelsea, but it did take a couple of long-term injuries for supporters to realise just how important Essien is to Chelsea. He appears to be fully back to fitness this season and it has been remarked by Carlo Ancelotti that having him back is like having “a new signing”. However good Essien is now, at 27 years-old, the best is yet to come from the Ghanaian.

2 – Petr Cech. Even though Chelsea spent £7 million on him, not many would have predicted that he’d be first-choice goal-keeper for a couple of seasons – especially competing with Chelsea legend, Carlo Cudicini. Cech, however, did. Not only did he help Chelsea to the title, he also broke a Premier League record by not conceding for 1025 minutes. Cech’s form dipped after a severe head injury in 2006. Upon the appointment of Carlo Ancelotti, though, Cech regained his top-form and helped Chelsea back to the Premier League title. Chelsea’s Premier League success is directly correlated with Cech’s good form.

1 – Didier Drogba. It seems as though Drogba’s Chelsea career is put into question during every single transfer window. He has had some rocky times at Chelsea and his departure has seemed very likely at times but he has remained at Chelsea. He is now proving to be one of the best players in the world and is obviously very passionate about Chelsea Football Club. Drogba, along with Terry and Lampard, is a symbol for Chelsea and will, without doubt, go down as one of the club’s greatest ever players.