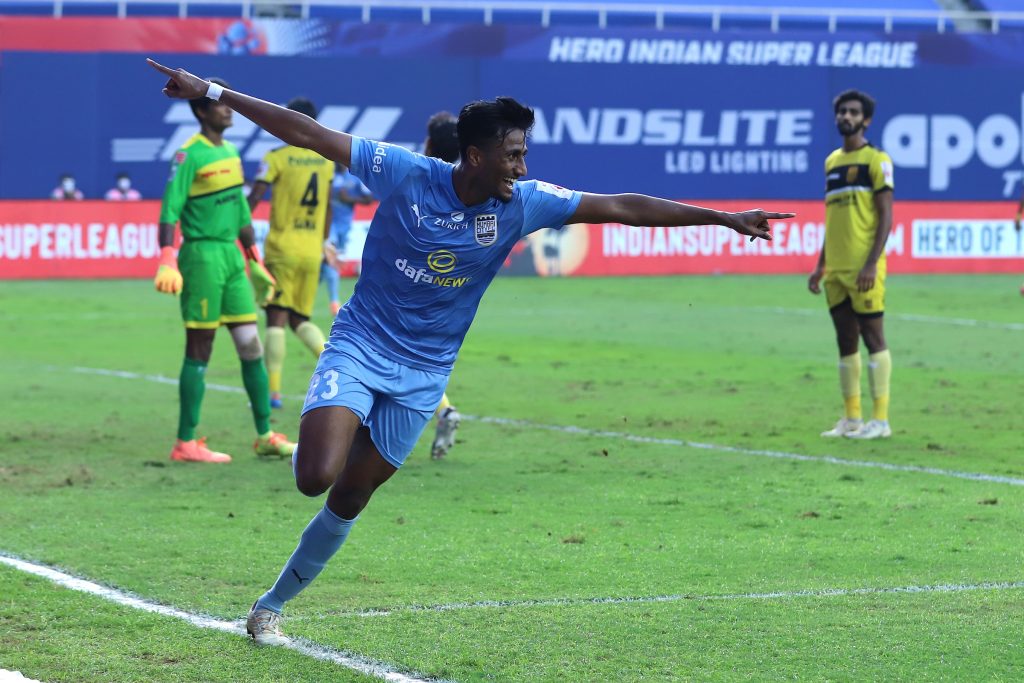 Five exciting matches marked the seventh matchday of the Indian Super League, which featured some fantastic action, including Vignesh Dakshinamurthy-s wonder-goal, Rafael Crivellaro’s creative brilliance and lots more. Here’s all the roundup from the ISL’s matchday 7:

Albino Gomes might be inconsistent, but when he is on it, he is really on it. He kept his side in the game against East Bengal by making 7 huge saves and 2 punches, leaving them in a position to go and grab a late equaliser. His stops included four stunning efforts from inside the box, including a fantastic diving save off Jacques Maghoma’s effort in a one-on-one situation.

Harmanjot Khabra didn’t start this season too well, but just like his career, the 32-year-old full-back’s campaign has come good of age. He got a brilliant assist for the opener in the match against Odisha FC, while also keeping things tight at the back with a few crucial clearances and interceptions.

For the second week in a row, Mourtada Fall was absolutely monstrous at the back, as he made a number of key interventions to preserve the Islanders’ clean sheet against Hyderabad FC. His stats are just insane – 58 touches, 85% accurate passes, 9 clearances, 4 tackles and interceptions and a couple of blocks.

Peter Hartley was a rock at the back once again for Jamshedpur FC, as he helped his side get their first win in three games by keeping NorthEast United’s forwards in his back pocket. At times, he was even covering for Stephen Eze, keeping both Idrissa Sylla and Kwesi Appiah in check. The Englishman won 6/9 of his aerial duels, made 4 crucial clearances and a few important blocks and interceptions to preserve his side’s clean sheet.

Vignesh Dakshinamurthy scored a certain contender for Goal of the Season to open the scoring against Hyderabad FC, but the young left-back did more than just that. He patrolled the flank brilliantly throughout the match, keeping Nikhil Poojary and later Rohit Danu very quiet, while also taking 56 touches, completing 76% of his passes and making 4 interceptions.

Our midfield has a fair few magical players, and one of them is Bengaluru FC’s Dimas Delgado. He controlled proceedings against Odisha FC with 99 touches, 67 successful passes at an accuracy of 86%, 11/14 successful long balls, 4 clearances and as many free-kicks drawn. Once again he was all over the pitch, while his opponents were unable to even touch him as he ran circles around them.

Dimas is matched with an equally skilled man in the middle of the park, as Ahmed Jahouh joins him in defensive midfield. The Moroccan magician was similarly controlling in his side’s clash against Hyderabad FC, making crucial challenges to bail his side out at the back and taking them forward by nonchalantly pinging 60-yard passes. The ex-Goa man finished the match with 83 touches, 12 successful long balls, 6 duels won, 4 clearances and 3 tackles.

Chennaiyin FC made hard work of beating FC Goa despite creating tons of chances, as the likes of Lallianzuala Chhangte and even Rafael Crivellaro missed some absolute sitters. Rahim Ali was the man who eventually got that winning goal after coming off the bench, and he truly changed the complexion of the match in the second half. The 20-year-old winger wins our Young Player of the Week award for a brilliant performance which saw him get 2/3 shots on target, attempt a couple of dribbles and complete 79% of his passes.

As aforementioned, Rafael Crivellaro missed a glorious chance against FC Goa, but apart from that, his display was just impeccable. The Brazilian playmaker kicked things off by attempting to score directly from a corner, and it took him only two attempts to succeed. He controlled his side’s attacks thereafter and went on to assist Rahim Ali’s goal after some very good work in the box. To add to that, he managed 48 touches, 6 crosses and 7 shots (four of which were corners)

For the first time this season, the Indian national captain Sunil Chhetri has found a spot in our Team of the Week. He got his 50th goal involvement in the ISL with an absolute bullet of a header, which came off the back of an extremely hard-working performance which even saw him slot into the left-back role for a few minutes. He took 30 touches to create a couple of chances, win 2/3 shots on target and hit the net with his only effort on target.

Our Team of the Week is filled with many insanely gifted players, but one man whose work-rate would go a long way is Adam le Fondre, who’s not too bad in terms of pure quality himself either. He worked his socks off against Hyderabad FC, pressing like a madman and making many cross-pitch runs to lead his side’s counterattacks. The English forward finished the match with a goal from his sole shot on target in 28 touches and 3 successful ground duels. 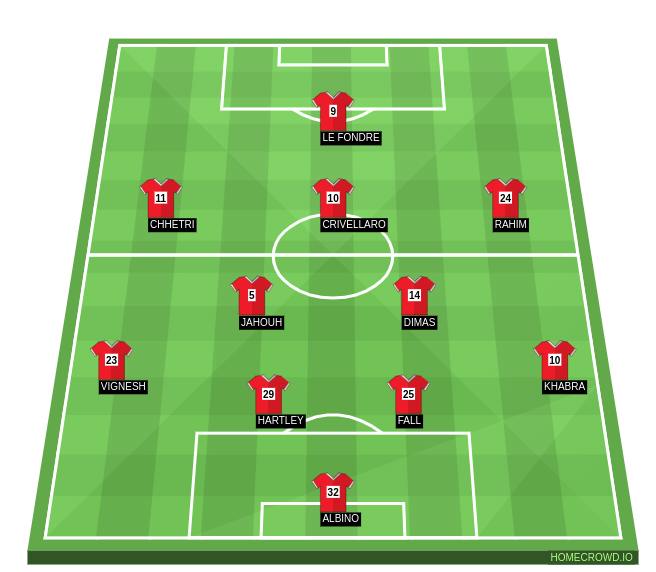 Robbie Fowler hasn’t exactly enjoyed his start to life in India as he is still searching for that elusive first-ever ISL win. After some really poor displays early on, he himself admitted that his side were better-suited to the I-League. However, the English tactician has finally managed to make East Bengal look properly competitive (albeit against fellow strugglers Kerala Blasters) as he has seemingly found the formula to get his men clicking. After deploying a 3-4-2-1 initially, he switched to a 4-1-4-1, handing out debuts to youngsters like Bikash Jairu and Haobam Tomba Singh, while deploying Anthony Pilkington up front. Now the question is, can he keep them going despite the late heartbreak?

Rafael Crivellaro scored an Olympic goal in matchday 7, so surely that was good enough for Goal of the Week, right? Wrong, because Vignesh Dakshinamurthy bettered that with a sensational strike following a brilliant build-up involving Ahmed Jahouh’s pinpoint long ball and Bipin Singh’s deft cushion. Goal of the Season written all over it.

Rafael Crivellaro may have had Goal of the Week taken away from him, but nobody could deny him the Assist of the Week award for a brilliant and unmissable setup for Rahim Ali’s goal after some samba in the box to make James Donachie look like a bit of an amateur.

There were a good few contenders for Save of the Week too, including a penalty stop by Rehensh TP. However, this stunning stop from Debjit Majumdar takes it for us, as he rushed back to keep Jordan Murray’s effort out after coming out to try and punch a long ball away. How that didn’t go in even he might not know, but he did the job.

The most hotly-contested award this week though was Miss of the Week, and it was largely an inter-Chennaiyin FC competition. Lallianzuala Chhangte was te clear winner as he missed a couple of absolute howlers, so it was hard to decide. However, this one takes it for us. Just watch, because it’s hard to describe just how he missed it.

Stats courtesy Sofascore.com
Join our Telegram channel to stay up to date on the latest in marketing