Images courtesy of John Koskinen and the USSF.

The majority of this interview previously appeared in AC Cugini Calcio Connection, and was republished, with a few changes and several more graphical images, due to the kind consent of Mr. Koskinen.

For over twenty years, Mr. Koskinen was associated with the Palmieri Company, a turnaround management company, as its Chairman and CEO. He also was a youth soccer coach for ten years, and helped to organize the precursor to Major League Soccer, the American Professional Soccer League. From 1988 to 1994, Mr. Koskinen was the chairman of the Washington, D.C. Host Committee for World Cup 1994. He held the same position during 1993 through 1996 for the D.C. Olympic Soccer Committee. (During the Atlanta Olympiad of 1996, several games were played in other venues. Washington was one of the other locales).

Mr. Koskinen has also dedicated his expertise to serve the United States in other ways. From 1994 to 1997, he was the Deputy Director for Management of the Office of Management and Budget (OMB). From 1998 to 2000, he was an Assistant to President Clinton and Chair of the President’s Council on the Year 2000 (Y2K) Conversion. From 2000 to 2003, Mr. Koskinen was Deputy Mayor and City Administrator of the District of Columbia.

Leader of the Major Charitable Arm of Soccer in the USA

Since June 2004, he has held his current post as President of the United States Soccer Foundation, which is the major charitable arm of Soccer in the United States. According to their web site, the Foundation was “… Formed with the surplus funds generated by the 1994 Men’s World Cup, the U.S. Soccer Foundation officially opened its doors in 1995 with an endowment of almost $50 million. Since thenâ€”with the publicity and enthusiasm for the sport generated by the 1994 Men’s World Cup and sustained by the 1999 and 2003 Women’s World Cupsâ€”participation levels of men, women and children have increased significantly.”

Thanks for inviting me to join you.

When did your involvement with soccer begin? Were you exposed to the sport during your youth and/or college days?

My only connection to soccer when I was growing up was one semester of soccer in a P.E. (Physical Education) class when I was 12. However, when my son turned six in 1977, I started showing up at games, then practices and soon was the assistant coach.

As a former coach, can you please discuss your philosophy about youth player development?

The great thing about soccer is that you can play it at all levels as an average-sized person. You can also play and enjoy it at any skill level. The key for coaching young people is to make sure that they never lose the fun of playing. We’re a competitive country which is part of the secret of our success. But we need to focus more on the joy of the game, and technical development, rather than winning at a young age. Players should be able to try out all the positions since you never know when a striker will turn out to be a great fullback or goalkeeper.

You have been the President of the USSF since June 2004. Would you be kind enough to discuss the mission of the Foundation, along with the grant programs and its other charitable activities? Does the Foundation have a specific area of focus in the years to come?

Our basic goal is to expand the game of soccer in the U.S. Our present focus is on those in economically disadvantaged urban areas. We support the development of players, coaches and referees along with the building or enhancement of fields. We also, through our Passback Program which collects and distributes “new and gently used equipment, provide soccer gear to young people here and around the world who otherwise would do without.” 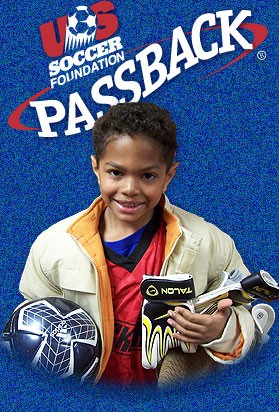 As a person who has managed significant projects and large numbers of employees in the public and private sectors, what are the key traits of a manager and team leader? Conversely, how can we become better employees, colleagues, and teammates?

My experience continues to reinforce the notion that the best leaders are those who reach out and listen to what all their employees, especially those on the front lines, have to say. It’s a major mistake to assume that, just because you’re in charge, you have all the answers. The most important insights are often provided by those who deal with the process at the entry level.

For employees, I think it’s critical to respect the experience and opinions of others. We can all learn from each other and it’s more fun to work in an environment where employees are supportive of each other, even when that’s sometimes a little hard to do.

What were some of the most difficult challenges during your tenure as the Chair of the President’s Council on the Year 2000 Conversion? 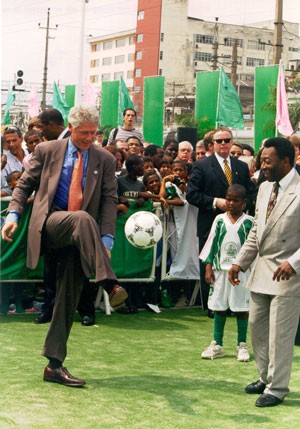 The biggest challenge was encouraging everyone who needed to fix or update their computer systems to do that without, at the same time, panicking the public. It was a tightrope act to stress the critical importance of the work while at the same time indicating that it could be done in time, notwithstanding the doomsayers who said it was an impossible task.

Related to that, we had to begin by making sure that the Federal systems worked (Social Security alone had over 50 million lines of code that needed to be checked). But we also had to insure that all the critical industries in the U.S. (power, telecommunications, transportation etc.) were doing what was needed to be prepared. And, finally, we had to organize other countries and provide them with the information that they needed.

By the end, we had created a network of working groups across 25 industry and governmental lines along with an organization of 177 countries around the world.

One of the recipients of a USSF grant in Beckley, West Virginia.

What suggestions could you share with young players, and their parents, should they decide to pursue a career in soccer?

I would tell them that, certainly until a player is 12 or 13, the critical thing to do is to improve your technical skills. The best team for a player is not necessarily the team that wins the most trophies. I’ve seen teams like that that, in effect, were stunting the development of their players. At the end of each season, the player and his parents should determine whether the player is improving under the tutelage of his or her coach. If not, find a coach who will make you a better player. The wins will come in due time.

Mr. Koskinen, thank you very much for your contribution to our column. Continued success at the USSF, and all the best wishes.

All the best to you and your readers.