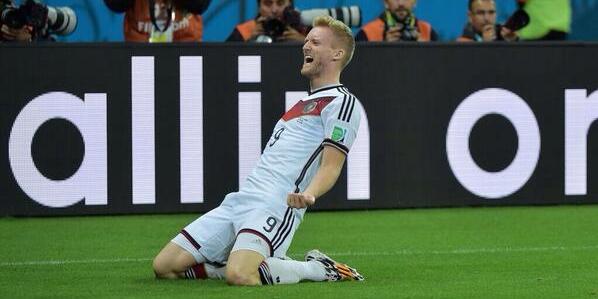 Algeria forced Germany into playing extra time in their last 16 clash in Porto Alegre, but were ultimately unable to knock out one of the World Cup favourites in what was a riveting clash in the Estádio Beira-Rio.

André Schürrle scored at the start of extra-time before Arsenal’s Mesut Özil smashed Germany into a ninth successive World Cup quarter-final in the 119th minute. Algeria did score a consolation goal in the 120th minute through substitute Abdelmoumene Djabou but it was too little, too late.

The second favourites to win the 2014 World Cup appeared to be conserving their energy in the first half as they created few opportunities and relied on a couple of last ditch challenges, interceptions and poor passing from Algeria in the final third to keep the score at 0-0.

Manuel Neuer scurried off his line on a number of occasions to play the sweeper role, preventing Algeria having any one-on-ones as the German defence was caught on their heels a few times.

The Bayern Munich goalkeeper wasn’t called into many saves, certainly not difficult ones over the the course of two hours.

At the other end, Algeria’s Rais M’Bolhi kept his nation in the game and forced extra-time with a number of smart saves, including a close range effort from Mario Götze and a late header from Thomas Müller.

It was Götze’s replacement André Schürrle who broke the deadlock two minutes into extra-time with a cheeky flick, intentional or unintentional from Müller’s deflected drive across goal.

Mesut Özil wrapped the game up on the counter attack by slamming home in the last minute from close range. Defender Essaïd Belkalem had scuffed his block into the Arsenal midfielders path. Prior to that, the Watford centre-back was solid for the underdogs.

There was still time for Algeria to grab a consolation goal but no time left on the clock afterwards despite Germany’s goal celebration and the time Bastian Schweinsteiger took to get off the pitch when being substituted.

Thomas Müller made himself a good candidate for man of the match with his tireless running causing Algeria some problems at the back. The Bayern Munich forward will wonder how he did not manage to get his name on the scoresheet though.

Amazingly, Philipp Lahm was the only German to end the game with a yellow card after numerous challenges would normally be deemed worthy of a booking.

Germany are one of three European nations to have reached the quarter-finals before Switzerland and Belgium play on Tuesday. Joachim Löw’s side will be seen as favourites when they meet the 1998 winners France at the Maracanã on Friday.