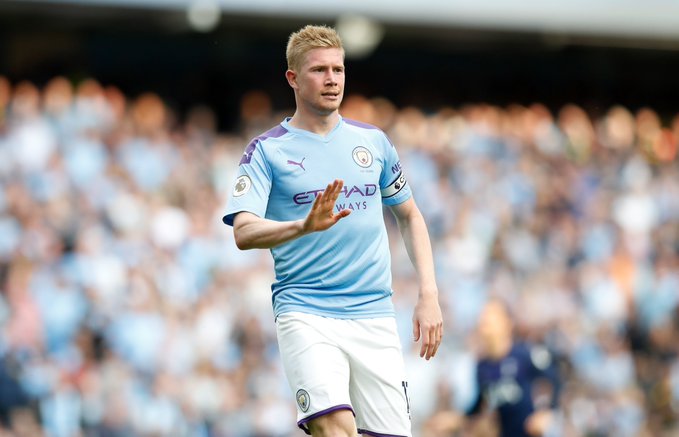 Manchester City have started their 2019-20 Champions League campaign with a comfortable win on Wednesday night.

With Liverpool, Tottenham, and Chelsea failing to win their respective games, City becomes the only Premier League side to have won in the opening round of Champions League group games.

Pep Guardiola’s side bounced back from their shock Premier League defeat at Norwich to earn a fantastic 3-0 win against Shakhtar Donetsk.

A comfortable night’s work for @ManCity and they’re the first Premier League side to win in this season’s Champions League.

Riyad Mahrez opened the scoring in the 24th minute after Ilkay Gundogan’s curling shot came back off the post.

The former Leicester City winger then turned provider for Gundogan to give Man City a comfortable 2-0 lead at the break.

City missed a number of good opportunities with Raheem Sterling missing from close range. Kevin De Bruyne turned into provider – his ninth assist of the season for both club and country – for Gabriel Jesus who neatly finished the move.

The visitors enjoyed 54% of possession and registered 18 shots of which they managed to keep five on target, according to BBC Sport.