A decade or more ago the FIFA franchise was driven forward on an ethos of regular and fundamental change. Pro Evolution Soccer, in its various forms, came along and took a different approach, creating new versions with a hammer and chisel instead of the dynamite used at EA Sports. FIFA‘s ever-increasing realism (and licensed names) meant that one type of football fan would remain loyal.

Now, FIFA is at last winning its battle with PES for the hearts and minds of football’s console gamers. Last year’s incarnation broke down walls; I took on reviewing duties for Soccerlens as a hardcore PES player and FIFA 10 (review) turned me in an evening. Finally, FIFA is combining everything that is good about the franchise and applying to it a process of evolution, not revolution.

Earlier this week I played an early version of the new game and, despite being unable at that stage to play the much-vaunted goalkeeper mode, it was remarkably bug-free.

Let’s get the one criticism out of the way first: the referees, as they are with almost every football game, are a little bit petty for my tastes. Thankfully, it seems as if fewer of the many free kicks awarded for unintentional clips or clumsy shoulder barges now also result in a yellow card. I still find the giving of free kicks for the vast majority of contact incidents to be too fussy, but then that’s true of real football too. 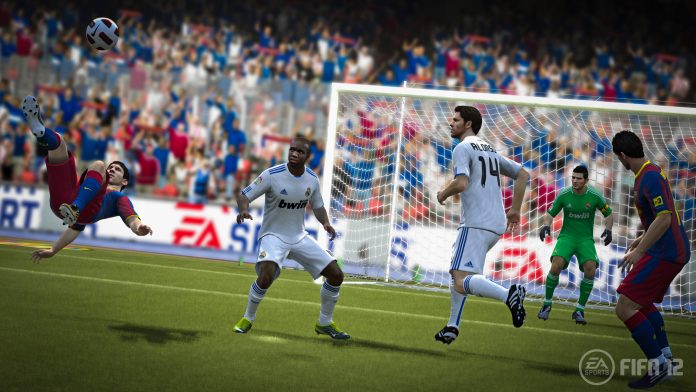 Elsewhere, the realism mentioned above is now quite unnerving. The most exciting thing about that is that I don’t just mean it’s all shiny and Wayne Rooney looks like Wayne Rooney (he does), I mean that the graphics, the game-play, the experience are all startlingly realistic. And then, of course, there is the wonderfully satisfying sound made by the ball hitting the net. Eventually I got to hear this from the inside of the net as well as the side.

The little touches that make a game of FIFA ever more like playing inside a television broadcast are a nice hat tip to the gods of steady progress. In FIFA 11 occasional statistical information is overlaid on the screen underneath the scoreline, offering updates on shots on target, fouls and so on. Constant statistical overload isn’t really my viewing method of choice in the real world, but it’s good for inter-opponent rivalry so I’m all for it here.

The whole look of the new game is striking, but for me the most important feature – and the feature upon which EA has built rather than rebuilt – is the smoothness and flexibility with which the ball is played around the pitch. The little nuances in the way players control the ball are far more convincing than the ball-sticking-to-the-shin days. There has clearly been more work on the actions of the goalkeepers, who now don’t feel all that different from watching the real thing.

Thrillingly, my major gripe with FIFA 10, the fact that it was too easy for opposing free kicks to go in regardless of which donkey might be taking them, appears to have been dealt with partly consciously and partly by the improvement in goalkeeping realism. 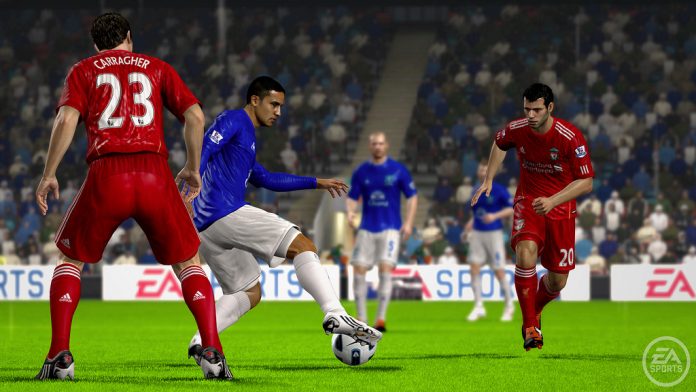 But if I were to pick my two favorite aspects of FIFA 11, it would be an easy task. First, the increased control and accuracy of weighted passes is a superb tweak that allows for a wider range of passes than anyone who played FIFA ’96 could have dreamed was possible in their lifetime.

Second, the way the game keeps up with fast action such as goalmouth scrambles or double saves is excellent. The players, the ball and even (and probably most importantly) the camera does exactly as you would expect.

Scoring, as ever, has been made more difficult but in a way that regular players will get around after few hours of play. In general, it’s a game that will be easy to play and difficult to beat me on. That’s high praise from a recent Pro convert, and it’s thoroughly deserved. Just watch out for those penalties…

Chris is the author of Two Footed Tackle.

Also see: All you need to know about FIFA 11.