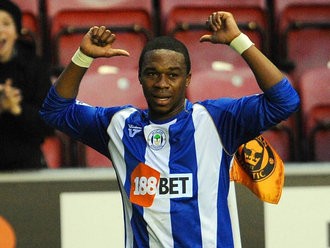 There are certain players you can rely on in the Soccerlens Fantasy Football Game. Guys you can select for your team and then all but guarantee they won’t let you down. So you just pick those players and win the weekly fantasy football cash prize, right? Wrong. Because chances are that everyone else knows about those players as well. You have to pick the dependable players because you need the points, but the key to winning some money playing Soccerlens Fantasy Football is using your powers of prediction (or dumb luck) to pick the less dependable, less obvious players, and score the points that no one else saw coming.

There were plenty of dependable players doing their thing in week nine of fantasy football. Carlos Tevez got two goals in Man City’s 3-2 win over Blackpool, while the ever reliable pair of Tim Cahill and Mikel Arteta were both on the scoresheet as Everton beat Liverpool 2-0. Ashley Cole got a clean sheet as Chelsea drew 0-0 away to Aston Villa. You didn’t need a crystal ball to see any of that coming, and you probably should have had at least one of those guys in your fantasy team. I never leave home without selecting Ashley Cole as one of my defenders.

This week’s less predictable hero was Charles N’Zogbia, who scored two for Wigan in two minutes during the 2-2 draw away to Newcastle. For the first goal, 5’7″ Wigan midfielder N’Zogbia somehow outjumped 6’4″ Newcastle defender Mike Williamson before heading home, for the second goal he beat Newcastle keeper Tim Krul high at his near post.

So N’Zogbia’s brace wasn’t easy to predict. But it was possible to foresee. N’Zogbia left Newcastle for Wigan on bad terms in early 2009, and so his return to St. James’ Park was always going to be dramatic. The Toon Army booed the French midfielder, and N’Zogbia seemed to thrive on the abuse. Those two goals were no coincidence.

The Soccerlens Fantasy Football Game is weekly, so if you can spot next week’s Charles N’Zogbia then get him in your team and see if he wins you some of the week 10 fantasy football prize money. There’s $40 prize money up for grabs if you play at Silver level, $80 at Gold level, or $200 at Platinum level.