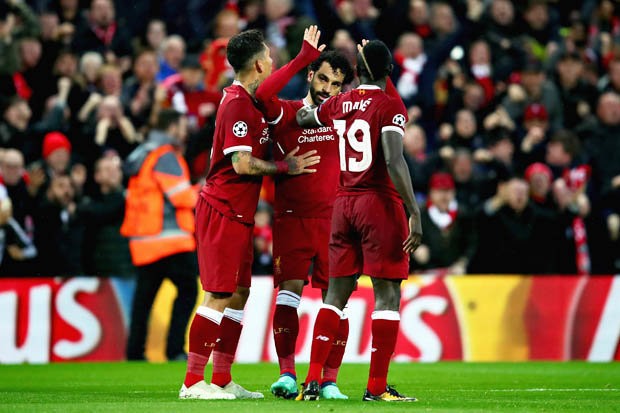 Liverpool host struggling Cardiff City on Saturday as the 2018-19 English Premier League season enters matchday 10, and with the Reds level on points with Manchester City after seven wins and two draws, a victory against the Welsh side will go a long way.

The visitors’ skipper Sean Morrison has thrown his weight behind Liverpool in the title race, choosing them ahead of Manchester City when asked who he would want to see win the league this season.

“It’s a tough one to call. I’d love Liverpool to win it,” Morrison told Sky Sports.

“I would love Liverpool to win it just because for them to get a Premier League would be fantastic for the club and for the city. It’s such a famous club and there’s so much history behind it, but it’s going to take a lot to stop Man City.”

Clearly, he isn’t expecting Cardiff to challenge for the title and was more or less speaking as a fan.

However, some Premier League fans didn’t react kindly to Morrison’s comments, claiming he needs to be investigated for potential match-fixing.

Here is how some of them reacted to the defender’s wishes on Twitter.

@FA please investigate. Brings the game in to disrepute.

A competitor thinking this is bad enough, saying it is unacceptable.

Oh well we know the out come of this match then.

I’m sure he has to play Liverpool this weekend . He’s deffo gonna be March fixing

sit him out for the two liverpool games

I really hope Cardiff are not playinf Liverpool next!

This clown should be investigated ASAP

Clown, made some balls of himself saying that!

Just why would you do this?

So a professional premier league footballer who stands in the way of Liverpool getting 3 points on Saturday has gone on record saying he hopes Liverpool collect the most premier league points this season. Sounds reasonable! ?

Liverpool are yet to win the English Premier League title since it changed to a 20-club format, and after recording their best ever start to the competition this season, they look every inch like strong challengers.

Manchester City play Tottenham on Monday night, and the Anfield outfit will hope to win on Saturday and hope City drop points against Spurs.

Whatever happens on matchday 10, it’s still a long season ahead, and given the fierce competition at the top of the table, it promises to be a keenly-contested campaign.