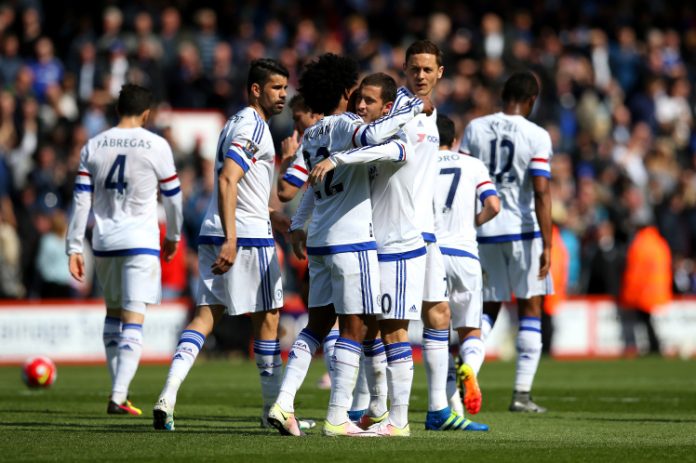 Chelsea’s season has long been over as they are simply fighting for pride at this stage in the Premier League season. The Blues dominated the Premier League last season, leading many to believe that they could challenge for the title yet again this year. This season, however, has been a struggle for Chelsea and their big players, such as Hazard and Fabregas, who shined last season. In Chelsea’s 4-1 win over Bournemouth on Saturday, Fabregas and Hazard finally gave the type of performance expected of them.

Eden Hazard won the PFA player of the year in 2014/15, scoring 14 goals and providing 9 assists last season in the Premier League. This year, however, he was yet to score a single goal in the league until he finally opened his account with 2 goals against Bournemouth. Hazard had struggled with injury and poor form throughout the season, but he finally looked like himself this weekend. The Belgian was always creative on the ball and offered The Blues an attacking spark and dynamic going forward.

Fabregas, like Hazard, flourished last season in the Premier League, topping the assist charts with 18. This season, prior to this past Saturday, he had only managed 3 assists and 4 goals in the league. Fabregas seemed to come to life against Bournemouth, providing 3 assists and creating chances left, right and center. Fabregas was at the heart of each of Chelsea’s goals on Saturday and looked much more like his creative, playmaking self.

Fabregas and Hazard may be finding their form at the end of the Premier League season, but they both have the European Championships to look forward to this summer. If these two players play like they did this past weekend, they will be instrumental in their countries chances of winning the tournament. Fabregas’ Spain and Hazard’s Belgium are two of the favorites at this summer’s tournament, and with these two creative midfielders in their side, these countries will be looking to win it all.