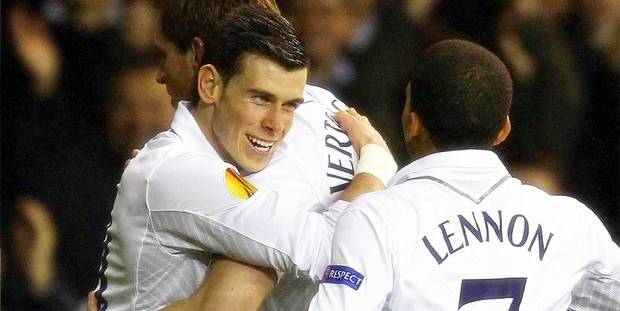 The first leg of the Europa League Round of 16 was played last night. There were three teams from Premier League and the Russian Premier League each, two from Serie A and one each from eight other European leagues.

Out of the eight clubs transferred from the Champions League, only three had made it to the Round of 16 and only one of them will go into the return leg of this tie. Chelsea and Zenit St. Petersburg lost their respective first legs while Benfica holds a slender 1-0 advantage before heading to France to face Bordeaux.

Tottenham and Lazio continue their run as the only two unbeaten sides in the tournament with their wins over Inter Milan and VfB Stuttgart respectively. Spurs now have a three goal advantage from White Hart Lane while Lazio emerged from the Mercedes Benz Stadium with a two away goal cushion.

Even though it seemed like Chelsea will be able to handle Steaua with ease, it turned out quite differently in the end, thanks to a penalty conceded by Ryan Bertrand.

Steaua managed to knockout the hosts of the final in the Round of 32, Ajax, and they look set to cause another upset as the reigning Champions League champions will need to do it all at home if they want to join the list of clubs to win all three UEFA’s major competitions.

Chelsea dropped out of the Champions League at the group stage, the earliest then any previous holders. Rafael Benitez now looks to undo the damage done at the Stamford Bridge.

Remember, Rafa has won the UEFA Cup with Valencia in 2004 and the Champions League plus the UEFA Super Cup with Liverpool in 2005. But that was the last time he won anything in Europe.

Chelsea is having a bad season according to Roman Abramovich’s standards and things are just getting more and more traumatic for the Blues. They are sitting fourth in Premier League table with ten games to go and can drop out of Europe once again if they are not careful.

Steaua, on the other hand, will come to England high on confidence but also wary of the threat Chelsea carries. Even though, Fernando Torres has been out of sorts for quite some time now but there are other very potent players present in the lineup who can not only bring Chelsea back on level terms but also get them ahead on aggregate.

On paper, Chelsea are probably the strongest team remaining in the Europa League and they have the potential to go all the way. But if Steaua can hold out for another 90 minutes, it will be a great feat for football in Romania.

What was touted as a rematch of the Champions League group stage tie between the two from a couple of seasons ago, turned out to be a fairly one way tie. Once the greats of Europe, Inter, conceded three goals from a team have been overawed by bigger teams.

The credit has to be given to Andre Villas-Boas, who instigated a win over Arsenal on Sunday and now a successful demolition of the Italian side. We must not forget here, that it was AVB who masterminded the famous victory at Old Trafford last September. Spurs are just growing in confidence and AVB is doing a great job is getting them used to beating the bigger clubs.

In the Europa League game, it took Gareth Bale six minutes to open the scoring. The first half ended at 2-0 after Gylfi Sigurdsson had made scored before the twenty minute mark. Finally, Jan Vertonghen made scored Spurs’ third goal which pretty much sealed Inter’s faith.

Tottenham also managed to dominate possession (57%) and they got a lot more shots away – 17 compared to Inter’s 7.

Heading to San Siro, Spurs are strong favourites to make it to the quarterfinals of the Europa League. Inter, however, has a huge task at hand if they want to succeed as scoring three goals and not conceding any against a sturdy Spurs side is a tough task.

Inter did manage to score four goals against a similar Spurs side in just one half but that Inter side featured players like Wesley Sneijder, Phillippe Coutinho and Samuel Eto’o. All three of them have moved on to new clubs and despite being a very handy striker, Antonio Cassano can not do it all by himself.

Newcastle United have had a pretty ordinary season this year with just eight wins in the league. In the Round of 32, they managed a 1-0 aggregate win over Ukrainian side Metalist Kharkiv.

In the Round of 16, Newcastle managed to dig deep and produce a robust defensive performance to each a goalless draw away against Anzhi.

Samuel Eto’o tested Magpies goalie, Rob Elliot, in the first half with a shot from long range which the Irish goalkeeper managed to keep out. Elliot came out on top against Eto’o again after he made a fabulous low save after the half-time break.

In the second half, both teams improved and Newcastle could have scored a crucial away goal if birthday boy Hatem Ben Arfa had not shot straight into the hands of Vladimir Gabulov.

This was the first time Anzhi was denied a European victory on home soil but the Russians were not really playing in the regular home ground in Dagestan due political unrest in neighboring Chechnya.

Even though, the world witnessed a spirited display in Moscow, Alan Pardew refused to accept that Newcastle are favourites to reach the Europa League quarterfinals.

In the return leg at the St James Park, both teams will play their hearts out. One goal from Anzhi would mean Newcastle will have to score at least two to reach the quarters.

As far as the goal-scoring record for both teams goes, Newcastle scored just seven goals in the six group games in the Europa League and just the one in the Round of 32. Anzhi also managed seven in the group but they put four past Hannover 96 in the first knockout round.