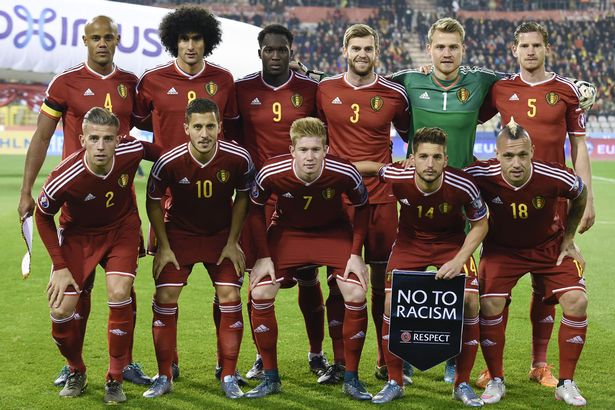 This year’s Euro 2016 predictions are a little tricky to make after Spain’s spectacular implosion in Brazil two years ago and a general evening out of the playing field. World champions Germany, seeking their first Euro title since Euro 96, are hot favourites to win the competition, but France as hosts and Spain as the uber-team-to-beat make it a three-way fight.

At 38, Buffon is still one of the best in the world. He had been outstanding for Juventus in 2015/16 and will be looking to inspire his team from behind.

Player to watch out for: Lorenzo Insigne (Napoli)

While Gonzalo Higuain grabbed all the attention and headline for creating new goal scoring record for Napoli this season, Insigne remained the unsung hero for his side. He has scored 12 goals and further assisted in 10 this season for the Naples.

With the likes of Juventus trio – Chellini, Barzagli, and Bonucci – in the side, defence still remain Italy’s biggest strength in big tournaments.

Zaza, Eder, Immobile and Pelle are the four main strikers for Italy but neither of them are at world class levels. Antonio Conte will be relying heavily on Insigne to deliver goods for his country.

The Manchester United superstar burst on to the scene after his heroics at Euro 2004. But since then, he hasn’t been able to perform at optimum levels at any major tournament for England. If Rooney fires for the Three Lions, Roy Hodgson’s side can go a long way.

Player to watch out for: Harry Kane

By scoring 25 goals in the Premier League in 2015/16, Kane has proved that he is not a one season wonder. A Gary Linekar type striker – Kane not only has a good goal scoring record but brings lot more to the game with his excellent hold up play.

Surely, attack must be the best form of defence for Hodgson. With the likes of Kane, Vardy, Sturridge, Sterling and Rooney in the side, England must enter the competition without absolute fear.

This is a first major tournament for a lot of England players. Can they handle the nerve? The hype surrounding the team is massive like always but England continue to disappoint when it really matters.

Portugal’s rise and fall entirely depends on how the Real Madrid superstar performs. He is the ultimate goal machine, scoring over 40 goals in his last six seasons for Madrid.

Player to watch out for: Andre Gomes

The young Valencia midfielder has been constantly linked with a move to big European clubs this summer. He is a terrific midfielder. Generally a deep lying playmaker whose main job is to sprinkle passes across the pitch, he is versatile enough to adapt to any role across the midfield.

Midfield is one area where Portugal have an abundance of quality players in their ranks. The likes of William Carvalho, Renato Sanches, Joao Moutinho, Joao Mario and Gomes brings depth and quality in midfield.

Weakness: Stars are old, over reliant on Ronaldo

Portugal do not give the impression of a side that have enough impact players from bench. The likes of Nani and Quaresma are no longer the same old threat they once used to be, while the ageing defence (Carvalho and Bruno Alves) is a big concern as well.

De Bruyne has been playing at a high level for the last 2-3 years. He impressed during the 2014 World Cup in Brazil and will be looking to make a big impression in France as well.

Player to watch out for: Romelu Lukaku

The 23-year-old has enjoyed an outstanding campaign for Everton, where he scored 25 goals in all competitions. He will look to make a big impact in Euros which may lead to big European clubs vying for his signature this summer.

This is the golden generation of Belgium football and on paper it appears that they are outright favourites to win the tournament. Most of their players play for big European clubs and the depth in the squad is simply astounding.

Marc Wilmots has named a more or less same squad that featured in the 2014 World Cup edition in Brazil. Belgium reached the quarter finals but not for a moment they had hit top gear. The reason being, despite having a star studded squad, they can look ponderous at times and the team effort is severely lacking. If Belgium can play as a unit, they will be unstoppable in Euro 2016.