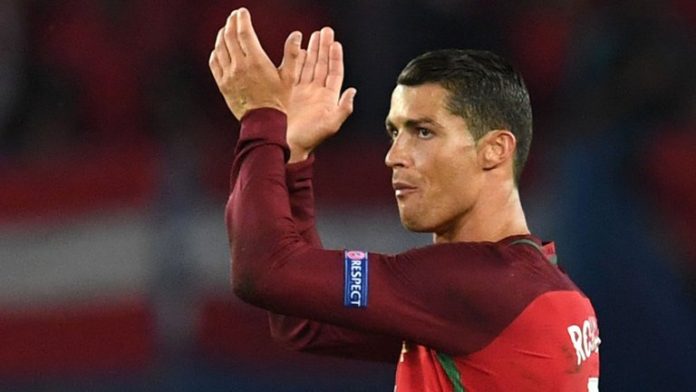 Romelu Lukaku scored twice against Ireland to earn Belgium their first victory of Euro 2016. In Group F, Hungary move to the top of the table while Cristiano Ronaldo misfires as Portugal were held to a frustrating 0-0 draw against Austria.

The Belgium coach was heavily criticised for his team selection in the Red Devils’ 2-0 loss to Italy in the first match. Wilmots started with Fellaini in no 10  and the Manchester United midfielder hardly had any impact on the game.

Belgium only looked threatening in the second half when Kevin De Bruyne drifted more centrally. Wilmots didn’t make the same mistake again. He started with the same 4-2-3-1 system but replaced Fellaini with Atletico’s Yannick Carrasco.

It was no coincidence that Belgium attacked with pace and fluency without Fellaini while the attacking front three of Hazard-De Bruyne and Carrasco constantly interchanged positions among themselves.

The Manchester City midfielder was one of the top performers for Belgium against Italy, and he was once again the star man on Saturday.

Against Italy, he was deployed on the right wing which kind of limited his involvement. While the front three interchanged their positions frequently, De Bruyne was especially effective from the centre.

He had three shots and created seven chances against Ireland, more than any other players on the pitch. Plus, when required he put in sufficient defensive shifts, having made three tackles during the match. In the second half, most of Belgium’s attacks came from the right side of the pitch, with De Bruyne putting in as many as 11 crosses in the box.

The Everton striker went 11 games without scoring for Belgium prior to this match. It seems he picked up his form at the right time after scoring twice against Ireland on Saturday.

Lukaku enjoyed a great 2015/16 season with Everton but his form dipped towards the end of the season. Many believe that he got distracted with wild transfer speculations around him. He has also expressed his desire to play for a big club after Everton finished 11th last season and heavily linked with a return to Chelsea, although the Blues will have to dish out around £65m for his signature.

Wilmots will be more than happy to see his star forward getting back to old form again. If Lukaku keeps on scoring goals from here on, Belgium can go a long way in Euro 2016.

Ronaldo has only himself to blame

Cristiano Ronaldo missed a penalty and had cut a frustrating figure as Portugal failed to win their second match in a row. The Real Madrid forward blamed Iceland’s “small team mentality” after Portugal were held to a 1-1 draw in the opening match. Against Austria, he has no one to blame except himself.

While Portugal failed to create enough clear cut chances, Ronaldo couldn’t make the best use of the limited opportunities he was presented with. He couldn’t direct his free-kicks into the net, in fact, he has yet to score from a free-kick in 36 attempts in any major tournament, while his most frustrating moment came when he failed to convert a spot-kick towards the end of the match.

Hungary on the brink of last 16

Birkir Saevarsson scored an unfortunate own goal as Iceland drew 1-1 with Hungary on Saturday. The result puts Hungary on the brink of last 16.

Hungary move to the top of Group F table with 4 points, same with Iceland and need only a draw against Portugal to go through to the next round. However, if Portugal win against them in their last match and Iceland beat Austria, Hungary may face problems to qualify for last 16.