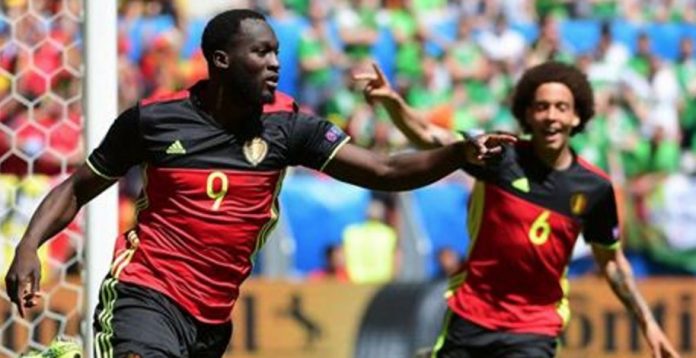 Eden Hazard produced arguably the best individual performance of Euro 2016 on Sunday as Belgium eased into the last eight of the competition, beating Hungary 4-0 without dropping a sweat.

Marc Wilmots was heavily criticised after Belgium’s 2-0 opening day defeat to Italy. It was justified. He got his team selection wrong. Key players were played in wrong positions. As a consequence, Belgium had to pay the price.

The Red Devils, however, quickly learnt from their mistakes, and returned strongly in the tournament with three straight victories. Manchester City’s Kevin de Bruyne has been outstanding in all the games played so far while Hazard returned to form just at the right time.

The only concern probably remains with the form of Romelu Lukaku. Apart from the match in Belgium’s 3-0 win over Ireland, where he scored two easy goals, Lukaku has had a disappointing tournament so far. The reason why he is under the spotlight is because expectations are very high from him.

Lukaku enjoyed a fantastic 2015/16 campaign for Everton where he scored 18 league goals in the Premier League for the Toffees. However, his form dipped tremendously towards the end of last season, where he failed to score a single goal in his last 10 appearances for his club.

Many believe that he lost his focus completely with wild transfer rumours being circulated about him turned his head around. He openly revealed in May that he doesn’t want to play at Everton inviting further pressure on him, although the Merseyside giants could want a fee in the region of £65m for their star striker.

He has been linked with a move to Manchester United, while his former club Chelsea are also considering making a move for him this summer.

Whatever may be the reasons, one thing is pretty clear: Lukaku is not playing to his full potential at Euro 2016. And the criticisms against him are highly justified. He was substituted against Hungary following yet another unimpressive performance, while his replacement Michy Batshuayi scored quickly after coming on. Although Belgium coach Marc Wilmots has a different view to it.

“Romelu moves a lot. All (goalkeeper Thibaut) Courtois’ clearances come to him. Against Hungary he won every ball in the air,” Wilmots said to reporters on Tuesday.

“He runs all the time and tires out defences, creates space for others. Believe me, defenders, when they are up against him, are not laughing.

“Against Hungary he was off the mark with one lay-off. One! He can’t get away with the slightest mistake. Everything he does has to come off,” he said of the criticism.

Meanwhile Belgium skipper Eden Hazard did not train on Tuesday after the Chelsea star felt a twinge in his thigh against Hungary. Wilmots, however, has allayed fears over Hazard’s fitness saying the Chelsea winger will be 100 percent fit for the quarter-final against Wales.