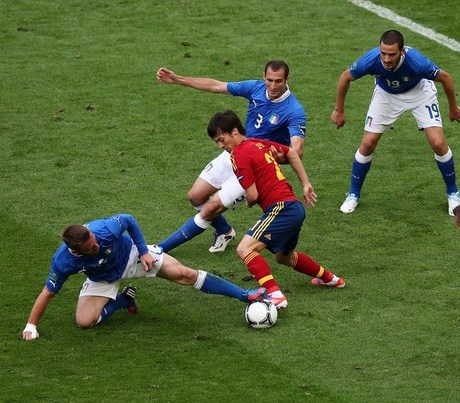 Sunday night will see the culmination of the Euro 2012 championships, with holders Spain the favourites to retain their crown, as they take on Italy in Kiev. The world champions are 90 minutes away from their third competitive tournament triumph, whilst Italy are looking to win the continent’s top tournament for the first time since 1968.

The Spaniards have a day’s extra rest, but were pushed all the way to penalties by Iberian rivals Portugal in their semi-final. La Roja certainly go into the games as favourites, but Vicente del Bosque’s men have not been their scintillating selves in the campaign so far. Yes they are unbeaten, yes they have conceded only one goal in the tournament so far, but they still have had to take on-board criticism from the press in their homeland and further afield. 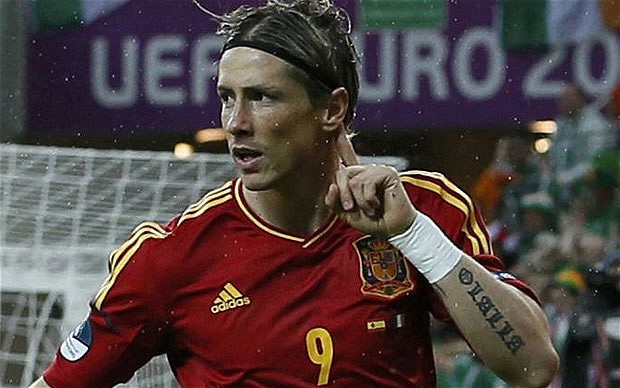 Looking all the way back to the Group C opener when these teams met in their first game in the tournament, Spain have changed their tactics and personnel repeatedly as Del Bosque looks to get the best out of his star-studded squad. The footballing community raised an eyebrow when the holders fielded a side without a recognised frontman in their first game, and the World Cup-winning boss has used this ploy on a number of other occasions since.

One benefit of Spain lining up without a striker is that it allows them to field six of their midfield stars. Sergio Busquets is in there to break up play, Xabi Alonso to orchestrate possession from deep, Xavi and Andres Iniesta to run the game, David Silva to create chances and Cesc Fabregas as the furthest man forward has the role of linking up with the other five and converting chances. Although this has showcased the fabled tiki-taka close-knit passing game of the team, it has lacked a bite in the final third, with the opposition able to play high up the pitch as there is no threat in behind them.

On other occasions, Fabregas has been sacrificed to allow a forward to spearhead the attack, most frequently Fernando Torres, but Alvaro Negredo and Pedro have also been used. The Chelsea man’s inclusion seems the most logical for the final, as El Nino’s threat in behind the Italian defence will have the opposition rearguard drop deep and create more space in midfield for Silva, Iniesta et al. Negredo proved ineffective and out of his depth in the semi-finals, whilst Pedro is more of a winger.

Del Bosque’s team selection will certainly be critical in the result of the game, and in a way it is tough for him as he has so many great players at his disposal. The total football mentality of playing without a forward is admirable, but against a combative Italian midfield the inclusion of Torres would be beneficial to stretch the game and add a clinical touch to the side.

Italy have certainly been the surprise side of the tournament, and are worthy finalists as they have steadily improved as the campaign has gone on. Cesare Prandelli has got his tactics spot on, and the traditional Italian defensive mentality has not been overly apparent in the knockout stages. Indeed, despite drawing 0-0 with England in the quarter-finals they dominated the game but just could not deliver the final blow, and a counter-attacking masterclass against Germany saw the Azzurri take the game to their heavily-fancied opponents and win deservedly.

Prandelli has switched from a 3-5-2 formation to a makeshift 4-4-2 or 4-1-3-2, with the new tactics working well. The Juventus-dominated backline of Giorgio Chiellini, Leonardo Bonucci and Andrea Barzagli has shown the traditional no-nonsense approach that teams from the country are famed for, but the side have an attacking threat also. Federico Balzaretti gets forward from right-back, Ricardo Montolivo is deployed in an illusive role behind the strikers, and all the play goes through exceptional deep-lying playmaker Andrea Pirlo.

Despite this, the Azzurri’s wastefulness in front of goal against England was again shown against Germany, despite Mario Balotelli taking his two goals very well. As Joachim Low’s men looked to commit men forward at 2-0 down to get back in the game, the Italians counter-attacked superbly and should have killed off the game, however Claudio Marchisio, Antonio Di Natale and others were all guilty of not taking their chances.

Italy will not have a lot of the ball in the final and as such will not create anywhere near the same number of chances against Spain. They simply must take their chances to score, with Balotelli and Antonio Cassano having the weight of a nation on their shoulders.
Prandelli will take some heart from the 1-1 draw against Spain in the group stages, and will need Pirlo, Daniele De Rossi and his midfield maestros to replicate the performance they showed against Germany to stand a chance of winning the game. The engine room pair consistently thwarted attacking attempts from the German midfield, and neutralised their opponents most influential and important player, Bastian Schweinsteiger, to break up their opposition’s play.

The problem that they have against Spain is that all the midfield players, except maybe Busquets, have the ability to play a killer ball and run their possession game. However, with Miguel Veloso and Joao Moutinho to the fore for Portugal against Spain in the semis, Paulo Bento’s men showed that pressing a high line against the world champions can interrupt and break up their constant passing rhythms; the Italians should take note.

This may be a cagey and tense final, with the odd goal potentially separating the sides. Spain need to abandon their total football formation and play Torres to keep their opponents on their toes and subsequently create space for Xavi, Iniesta, Silva and co to win the game. However, if Italy display the same doggedness that they showcased against Germany, take their chances and stay true to the new more adventurous and attacking outlook, there is no reason that the Azzurri cannot go on to take another scalp and win the tournament.