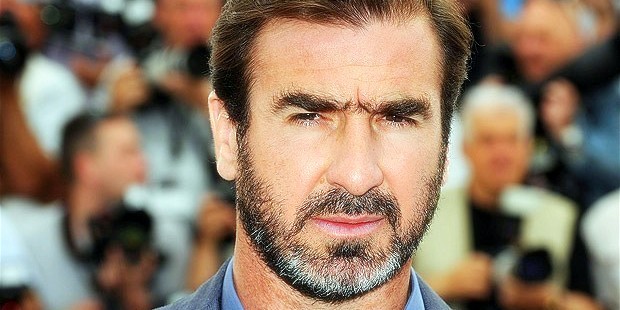 ESPN spoke to Manchester United legend Eric Cantona in an exclusive interview that will be aired later on Thursday night. Here are some quotes from the interview in which Cantona speaks about his time at United and everything that’s happened since then.

I’m very proud (of playing that role), what can I say, it’s great. Alex Ferguson gave me freedom on the pitch, but not the first game I played. I needed time.

The role I had in the team, Alex Ferguson gave me, he created this role in what he had seen in me, in the player I was and the personality I had. He is the one who created it, it is not the kind of thing you ask for.

You have to earn it, but you also need someone to drive you. It depends on the tactics of the team, what he expects from players.”

“I would say, ‘United is special, of course I would do it’. But today I’m with the New York Cosmos. Alex Ferguson is young, has so much energy, so much love of the game, so much things to give, more and more and more.

And I love to watch them winning things and I want Ferguson to be manager forever. But if one day there is an opportunity, why not? Like diving from here to the sea, watching, speaking to the fish, octopus, crabs, journalists.”

(on whether he would accept an invitation manage Man Utd)

“Mancini has a lot of experience from when he was a player and as a manager. The players of City had great experience but not in English football. So it surprised me. But sometimes you need to be surprised, that is why football is so wonderful.”

“Ryan Giggs and Paul Scholes are different to me. When I was 20 I gave interviews and said if I lose the passion, the fire, I will stop and try do something else.

But those that still play and still have the fire it’s good. I would have loved to have this fire forever and try to play forever. But I just lost it and retired.”

(on whether he retired too early)

“When an older player encourages you, speaks to you, try to gives you confidence, it is very important- you can destroy somebody or give them wings, big wings.

So what I learnt, I tried to give to other players, young players. I just tried, I’m not the kind of player who speaks a lot, but I know that we all have different opportunities to give something.”

(on being a role model to younger players)

“He’s a winner, that’s why he has won so many things. It’s what is incredible with him, next game is like the first game of his career, and he gives you that – his passion, his love of the game, love of winning things.”

“I knew the club, I knew the story of the club, the game, I knew players like George Best or Robson who could express themselves in a club like United, which is not so easy.

“The best moment was when we won the first double with young players. It was great, it’s great to win things with new players. The players were in a first season for the club and they were so great.

It was a great generation of players. I don’t think they had such a good generation after that.”

(on his memories at Old Trafford)

ESPN will air the full interview with Eric Cantona at 10 PM today. It will be repeated at 4 PM on Saturday, prior to ESPN’s exclusively live broadcast of Norwich v Manchester United.