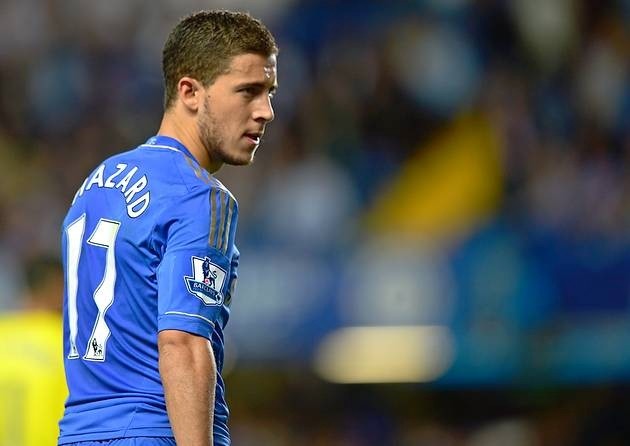 The Belgium international, who won the PFA Player of the Year, becomes the first Chelsea player to pick this award since Frank Lampard in 2005.

Congratulations to @hazardeden10 on being named the Football Writers’ Player of the Year! #CFC pic.twitter.com/cpaHxMLzQ7

Hazard has had a phenomenal season for the Blues. He played a major role in helping Chelsea win their fifth Premier League title this season, where he scored 14 goals and managed eight assists to his name. However, more than goals and assists, his tremendous work rate and willing to play for the team has brought out the best out of other players.

The 24-year-old recently signed a long term contract at the club, and Chelsea fans can hope to see him becoming one of world’s best players in coming years.

It’s debatable whether he is as good as Ronaldo or Messi, but there’s no doubt he is definitely one of the top five players in the world at the moment.

John Terry, the Chelsea skipper, also enjoyed a sensational season for the Blues, and rightly deserves to be in top 3 rankings.