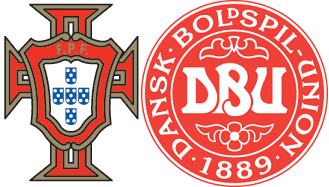 After securing just one point from two games, the game against Denmark comes to them as a must win. Denmark has won their opening fixture 1-0 against Iceland and they’re sitting on second spot. Portugal, on the other hand, are sitting on the second to last spot.

The last few months have been terrible for the Portuguese as their World Cup campaign came to an abrupt end at the hands of the Spaniards and then the controversy following the their former coach Carlos Queiroz in the aftermath.

Queiroz was smacked with a six month suspension from the Portuguese FA due to his interference with the anti-doping agents and was ultimately sacked. Paulo Bento has been appointed to pull the immensely talented squad together and get results out of them.

Portugal’s place at Euro 2012 is under severe threat as the 4-4 draw against Cyprus kicked off their qualifying campaign and it was followed by a 1-0 defeat in Norway.

Cristiano Ronaldo told the press ahead of this fixture:

“The team is confident, and I am confident. We will give a good response, and we will win.”

Bento’s reign as the coach has to start with a victory or he will be seeing his team slip out of the Euros.

Miguel Veloso is out with injury while Liedson is also unavailable. Bento has called in Ruben Micael and Manuel Fernandes as replacements.

On the flip side, Denmark started their campaign on a relative high. They were eliminated in the first round of the World Cup but they have had a healthy start to their Euro 2012 qualifying campaign with a 1-0 win over Iceland.

Olsen is one of the longest serving national coaches – he has been coaching Denmark since 2000. Olsen took a realistic look at the situation prior to the match against a Seleccao side in turmoil:

“We have to look realistically at the options we have in Danish football. You can talk about our three central strikers or other players, but we do not have a Preben Elkjaer or a Michael Laudrup anymore. I like the fact people have expectations for our team but these have to be realistic – if not, they hamper the team.”

Three points will see the Danish dynamite their way to Ukraine and Poland in the summer of 2012.

Nicklas Bendtner and Daniel Agger are out with injury. Soren Larsen is unavailable and Thomas Kahlenberg is at the bedside of his pregnant wife.

You can watch Denmark take on Portugal live online as well as all other Euro 2012 Qualifying matches, plus hundreds of football games from around the world. Read our live football page for more details.