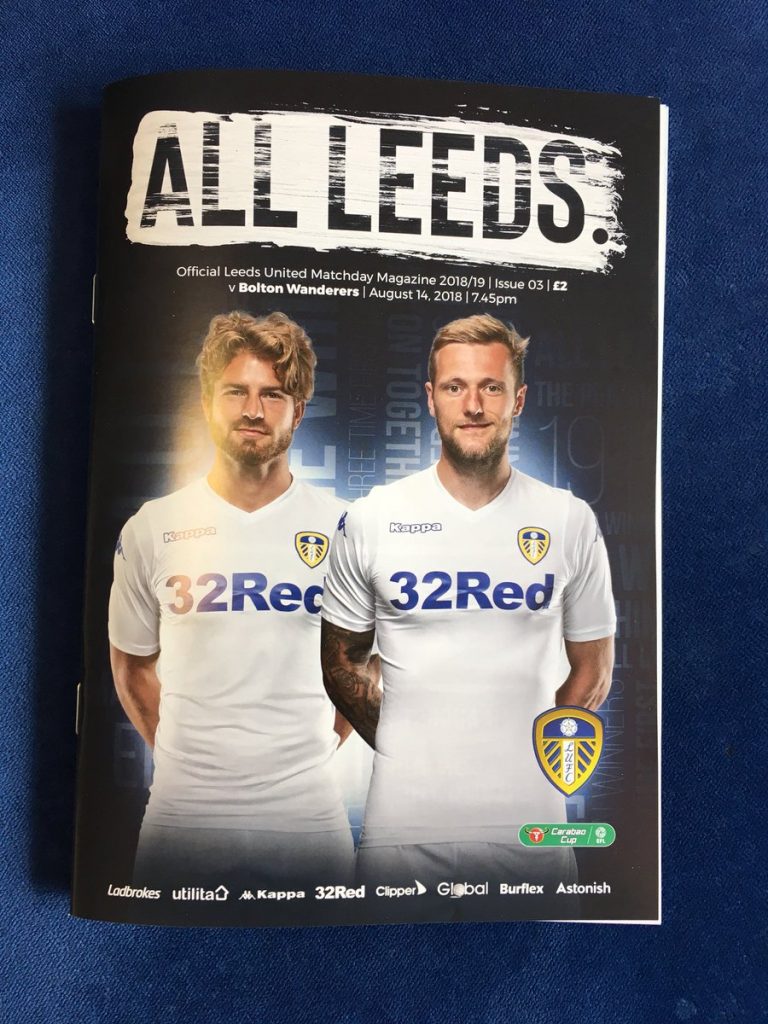 Leeds United are taking on Championship rivals Bolton Wanderers in the Carabao Cup clash on Tuesday evening at Elland Road.

The Whites have made a good start to the season, winning both of their opening two Championship matches under new manager Marcelo Bielsa.

Leeds earned a 3-1 victory against Stoke City in their opening match, and followed it up with a thumping 4-1 win against Frank Lampard’s Derby County last weekend.

More than the results, it is the manner of the victories that has left the fans and the pundits drooling over. Bielsa’s team has produced a devastating attacking display in their opening two games, and they would start the cup tie as clear favourites.

Bielsa said in the press conference that he will make a wholesome change to the playing XI and will give chances to the players who haven’t featured or played little in the opening two games.

Bolton have also made an unbeaten start to their 2018-19 campaign, picking up four points from their opening two games. They are heading into this match on the back of a 2-2 draw against Bristol City last weekend.

Confirmation of Wanderers’ starting XI and substitutes for tonight’s @Carabao_Cup first round tie with @LUFC.#BWFC ?? pic.twitter.com/GZCe3zSB6P