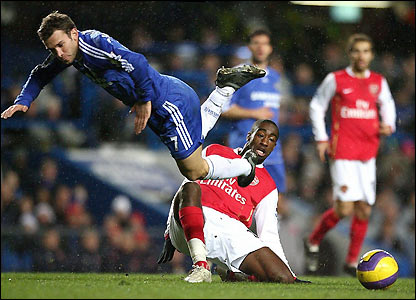 In this time Chelsea have had some really disappointing players, especially when you consider how much have been spent on some of these players. The likes of Quaresma and Mineiro will not be considered for this list because they have not taken up much time, not money.

Taking money spent, time consumed, bad memories and general disappointment into account, here is a list of the 10 worst signings of Abramovich’s ownership:

10 – Neil Sullivan. He was free, he was only at the club for a year, he only played a handful of games, he was better than Ambrosio but he was also not very good. His inclusion in this list may seem a bit harsh but most of what I remember about Sullivan at Chelsea is his letting in of Reyes’ second goal in this clip.

9 – Asier Del Horno. This one is also mainly based on a bad memory (right). Leaving aside his red-card against Barcelona (which may have been unlucky, but was still stupid), he still was really not worth £8 million. Despite the fact that most of this money was paid back to the club when Valencia signed him a year later, he still must go down as a bad signing. 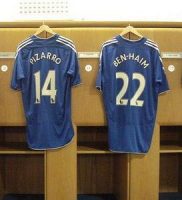 8 – Steve Sidwell, Claudio Pizarro and Tal Ben Haim. All of these players came on free transfers to Chelsea in the summer of 2007 and it was not really a surprise when none of them did too well. They were soon out of the door and forgotten. Things may have been different if Mourinho, the manager who signed them, had remained at Chelsea, but he didn’t, and they soon followed.

7 – Glen Johnson. His inclusion is slightly higher than it may have been mainly because he now plays for Liverpool. All the same, Glen Johnson was a defensive liability  for Chelsea – as he often is for Liverpool and England nowadays. He scored a few good goals for Chelsea and seemed like he might have a good future because of his age. This hope soon flew out the window along with Johnson’s starting-place when the reliable Paulo Ferreira took his place.

6 – Deco. Deco had a fantastic start to his Chelsea career but this was, by far, his peak for Chelsea. He had his moments even after the initial promising first month, but these moments were rare. The fact that we all knew what he was capable of made it even more disappointing and frustrating. 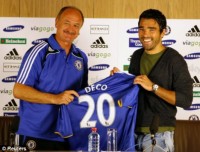 5 – Mateja Kezman. Number 5 is £5.5 million Mateja Kezman who was lucky to score more then 5 goals for Chelsea. He had a most unremarkable season for Chelsea; luckily for him, this was forgotten because Chelsea won the Premier League. He came with a lot of expectation; his scoring record in the Netherlands was about the same as Ruud Van Nistelrooy. The highlight of his career at Chelsea was scoring the winner in the League Cup Final; nevertheless, he was gone a within a year after arriving.

4 – Juan Sebastian Veron. The excitement surrounding his transfer to Chelsea was not as large as the anticipation of Manchester United supporters when they signed him 2 years earlier for £30 million. Claudio Ranieri was probably the most excited about the signing. After scoring on his debut, and Ranieri describing him as the best midfielder in the world, excitement grew. He, like many others in this list, lasted for 1 poor season.

3 – Adrian Mutu. Nearly £16 million was spent on this Romanian. He had a really good start for Chelsea but, after scoring 4 goals in his first 3 games, his form dipped considerably. The next season the club sacked him after he was found cocaine-positive. He is not higher in this list because of the fact that he has since been ordered to pay Chelsea Football Club back most of the money that was spent on him.

2 – Shaun Wright-Phillips. If SWP had broken through the youth system or been signed for a couple of million pounds from a lower league then he wouldn’t be in this list. The fact was that he was being chased by some of the biggest clubs in Europe and he cost £21 million. Despite lots of expectation and excitement, SWP’s Chelsea career, a bit like his England career, never really took shape.

1 – Andriy Shevchenko. He’s a predictable number 1, but you just can’t argue with it. He was expensive, there was so much hype over his arrival, he’d been, reportedly, courted by the club for years, he stayed for a bit too long and, at £30 million, he remains Chelsea’s record signing. Also, like Mutu, he actually had an acceptable start – scoring on his debut in the Community Shield. If you forget forget his previous reputation, the transfer fee and the hype surrounding his arrival, his Chelsea career wasn’t too dreadful. Take background information away and he was just an average player who just couldn’t quite cut it at Chelsea… comparable to Franco di Santo or Scott Sinclair.