Chelsea Preview 2014-15: Action Begins for The Men In Blue

The new season brings inflated hopes of success and silverware at Chelsea Football Club. After a trophyless yet memorable campaign last season which had so many plus-points for the Blues, Jose Mourinho’s men will want to make sure that all that positivity is translated into some tangible form of success.

Mourinho insisted throughout the whole of last year that his team was not ready to challenge for the title, referring to Chelsea as the ‘little horses’ in the race. He said that the 2014-15 campaign would be the one where the team would completely mature and perform at its highest level. Some dismissed these comments off as mindgames, but Jose proved to be right in the end as Chelsea fell short in the Premier League.

Now though, the Blues have no excuses or places to hide. Having strengthened the squad in the transfer window and got the players they were chasing, they are firm favourites for the title. Mourinho’s recent statements too, are an indication of that fact.

Chelsea were Champions for the last time in 2010 and haven’t finished in the top 2 since 2011. This season, they look all set to change that. 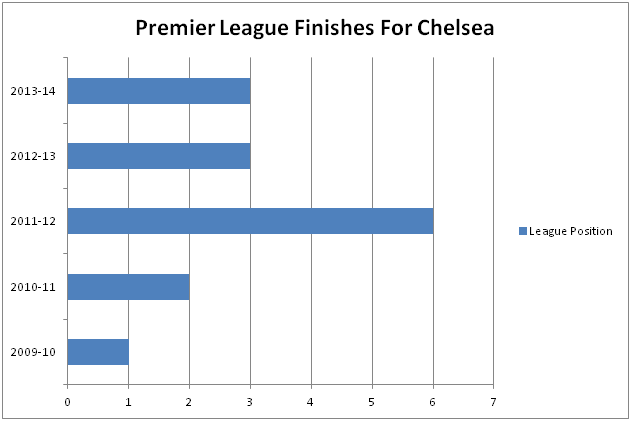 The summer of 2013 brought immense excitement at Chelsea, as the most successful manager in their history, Jose Mourinho, made his return to Stamford Bridge. Many pundits expected the Portuguese to weave his magic and return the Premier League crown to West London in his first season in charge, but unfortunately for Chelsea, it wasn’t to be. For several points in the season, it looked like the Blues would win the title, but points dropped against bottom-half sides came back to bite them. 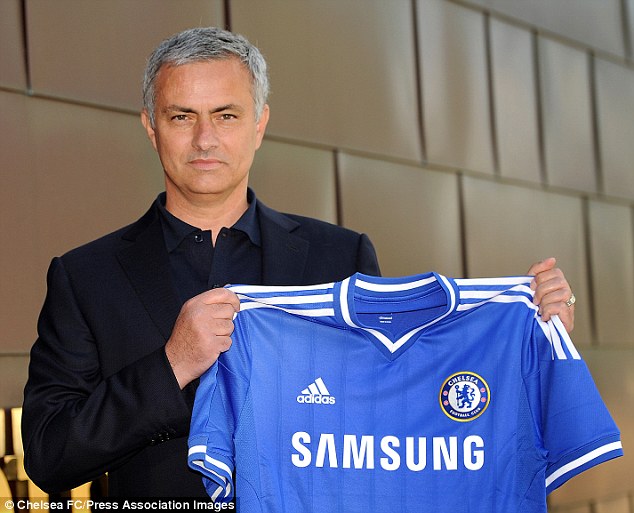 Chelsea’s record against their fellow top 4 sides in Man City, Liverpool and Arsenal was near-perfect, as they dropped just 2 points in 6 games against their rivals. But losses towards the end of the season against the likes of Aston Villa, Crystal Palace and Sunderland meant that they finished 3rd, behind City and Liverpool.

Chelsea have done some shrewd business in this summer’s transfer window, letting some big-name players go while bringing in some world-class reinforcements.

Fan-favourite David Luiz left for PSG for a mammoth £50 million while Romelu Lukaku joined Everton for £28 million. Another player to leave was Senegalese striker Demba Ba, who joined Turkish side Besiktas. Club legends Ashley Cole and Frank Lampard were released by the club following the expiration of their contracts.

It was widely accepted last year that Chelsea needed a world-class central midfielder and a world-class striker to have a complete squad. They got both. Cesc Fabregas signed from Barcelona for £30 million and Diego Costa was brought in from Atletico Madrid for £32 million. Filipe Luis, one of the best left-backs in Europe last season, was also brought in from Atletico for £15 million. Club legend Didier Drogba also returned to the club on a free transfer to provide experience and leadership to the squad. 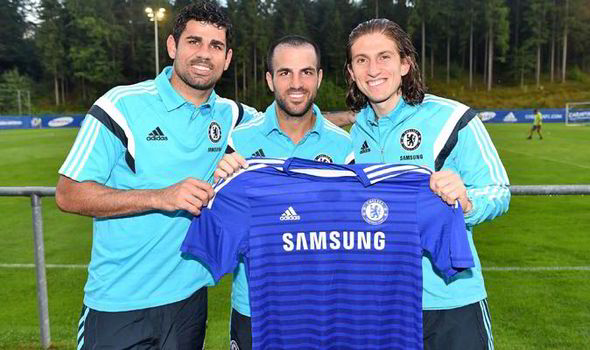 With many pundits predicting Chelsea to win the Premier League this season, the pressure of expectation looms large. The likes of Costa and Fabregas have settled in well, making an immediate impression with their performances in pre-season.

The Blues play their first game of the season on Monday night, away at newly-promoted Burnley. It is imperative for both, individuals and the team as a whole to get off to a good start in order to lay the foundations for the campaign ahead.The best XI for Chelsea is still unclear,with Jose Mourinho having a plethora of options to choose from in every position.

Manchester United, Manchester City, Arsenal and Liverpool have all strenghtened their squads in the summer, and they all look good to give Chelsea a proper run for their money in the title race. It is not going to be easy for the Blues by any stretch of the imagination, and going another year without silverware could spell doom for Mourinho. 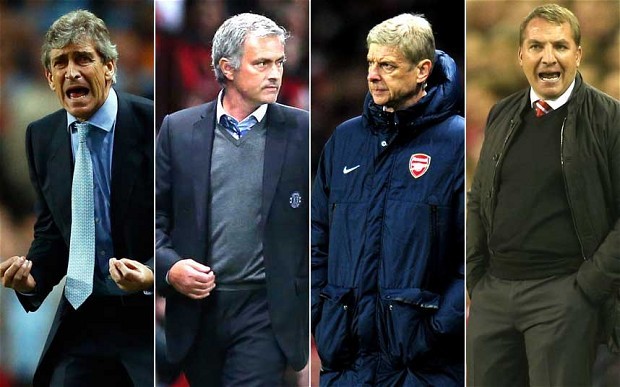 Jose Mourinho has now gone two seasons without a trophy, and one wouldn’t put it past him to make up for them this year. He has a squad full of world-beaters at his disposal, and is at a club which he regards his own. 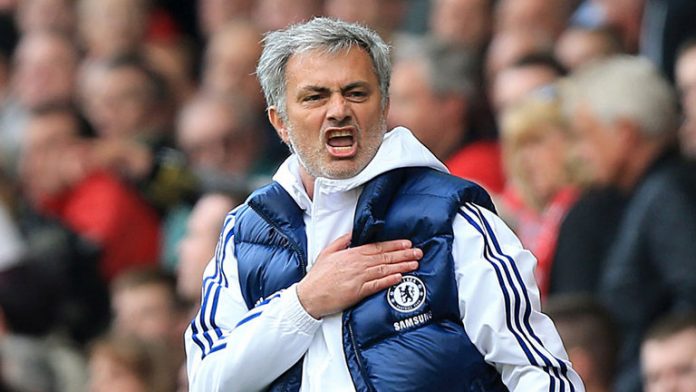 Expect a lot more mindgames, taunts and controversy with Mourinho, but this season, unlike the last, he will have the last laugh, with Chelsea winning the Premier League. 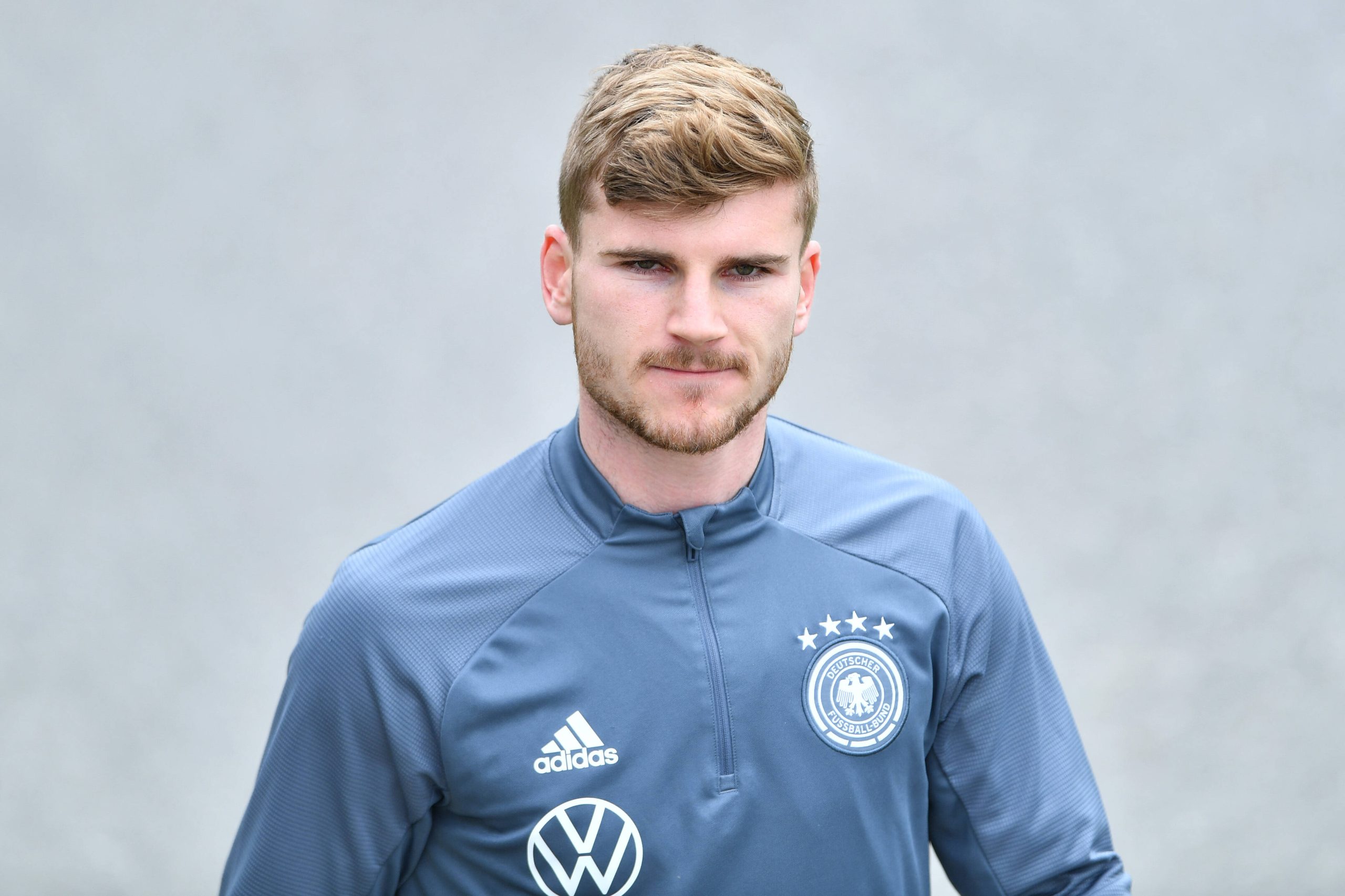 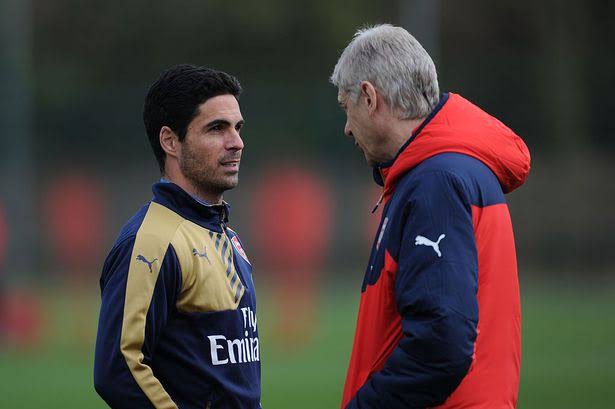