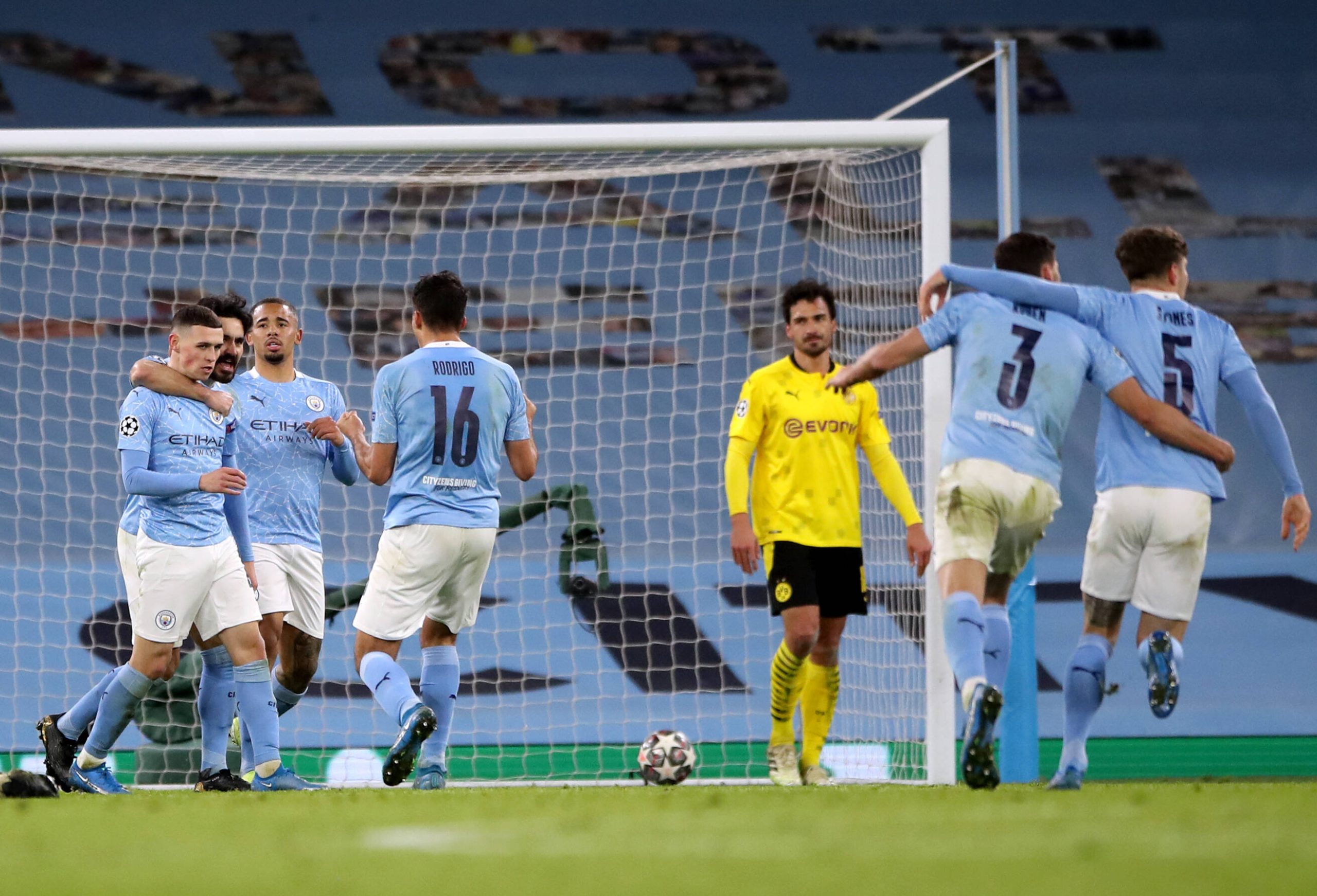 Borussia Dortmund host Manchester City in the return leg of their Champions League quarter-final tie at the Signal Iduna Park on Wednesday.

Dortmund almost nabbed a draw in the first leg only to succumb to a 2-1 defeat in the dying moments of the encounter.

After Phil Foden’s 90th-minute winner at the Etihad Stadium, City will be out to finish the job in Germany, where they have won each of their last three European fixtures.

A first-leg loss has made it six consecutive defeats for Dortmund versus Premier League rivals, albeit Marco Reus’ late strike gives them hope of overturning this tie.

It will take something special from Die Borussen to turn the tables on City, considering they have lost 53.85% of their last 13 knock-out games across major European competitions (W3, D3, L7).

Encouragingly, though, Dortmund have ended up on the winning side in 47.06% of the UEFA competition ties in which they lost the first leg away from home (8/17).

A 2-1 first-leg triumph means the Cityzens have now won seven European matches on the trot against Bundesliga sides, last failing to prevail in such contest in a 1-1 away draw at Borussia Monchengladbach in the 2016/17 Champions League group stage.

Additionally, the runaway Premier League leaders have picked up three consecutive UEFA victories on German soil and are unbeaten in their last five visits to the country (W4, D1).

City have successfully negotiated five of the seven UEFA two-legged ties after winning the first leg at home.

However, their last such attempt resulted in the away-goal defeat to Monaco back in the 2016/17 UEFA Champions League round of 16.

Notably, the visitors have lost just two of their last 15 European games away from the Etihad (W10, D2), but none of those reverses came on foreign soil.