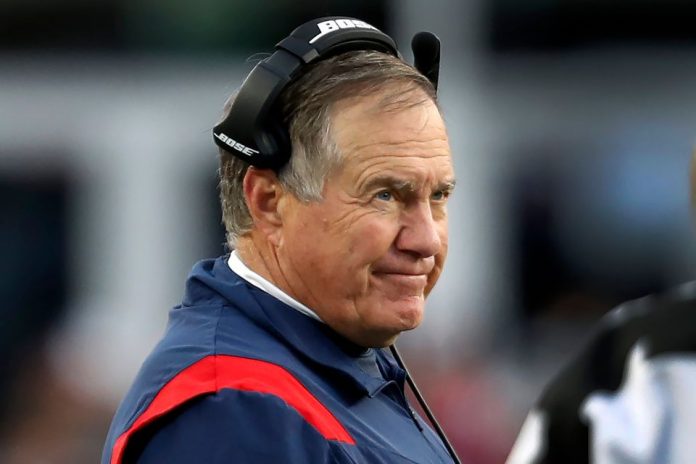 Bill Belichick has broken yet another record in his illustrious career, as the head coach tied for second on the all time wins list after a victory over the Browns on Sunday.

Belichick marked his 324th career win (regular and post season included) on Sunday, as the Patriots cruised past the Cleveland browns 38-15 to move to 3-3 this season.

The 70-year old is now tied for second on the all time wins list with legendary Bears coach George Halas and will look to hunt down Don Shula’s remarkable achievement of 347 wins in his coaching career.

Bill Belichick waves to a vocal Pats crowd in Cleveland. He got his 324th win today, tying him with George Halas for 2nd all time. pic.twitter.com/9LR2YggDiA

The head coach recognised the achievement post-match, but also credited his players for helping to reach the milestone:

“You can’t win games in this league without good players.

“I’m very fortunate to have coached a lot of great players and had a lot of great coaches on my staffs through the years. A lot of those guys have gone on to have tremendous careers. And the players, obviously, many of them are Patriots Hall of Fame, NFL Hall of Fame or gonna be.

“It’s really — winning games in this league is about players, and I’ve been very fortunate to have a lot of them. Had them at New York. Had them at Cleveland. Had them here.”

Belichick has been a head coach for over 27 years now, enjoying a four year stint in charge of the Browns before becoming the Patriots head coach in 2000 and staying in New England ever since.

The Patriots play the Bears next Monday, in a game that could see Belichick take over from Halas as the coach with the second most wins of all time, as the Pats coach attempts to chase down Shula’s record.