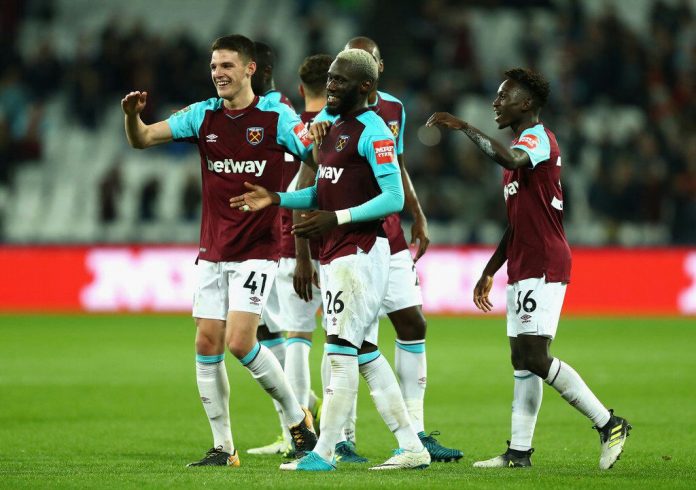 West Ham picked up a comfortable 3-0 win over Bolton Wanderers in the Carabao Cup last night and Arthur Masuaku’s screamer was the highlight of the night.

Angelo Ogbonna and Diafra Sakho scored the other two goals for the Hammers.

Slaven Bilic was under a lot of pressure and he will be delighted with the win.

The 23-year-old defender joined West Ham from Olympiacos last summer and this was his first goal for the club. Masuaku revealed that he scored a similar goal in training earlier and that he is delighted to have scored it in a match.

Masuaku scored the screamer from 25 yards in the dying minutes of the game to seal West Ham’s progression into the fourth round of the Carabao Cup.

Speaking to the club media about the goal, Masuaku said: “It’s a great goal. It’s a long time since I last scored. The last time was two years ago at Olympiacos. That day I recovered the ball and dribbled and completed a one-two. This one was different but I’m very happy with it. I was in the middle and in a good position to shoot. I didn’t think about it. As soon as I saw I had the space I had the shot and I’m thrilled it went in.”

The defender sent out a message to the West Ham fans on social media after the game as well.

Great team effort, one more step towards the right direction! Very happy to score my first goal with #whfc Thank u all for your support! pic.twitter.com/Hm4Z2VQzUp

West Ham fans seemed delighted with the goal as well. This is how they reacted to the wonder strike and Masuaku’s performance in general.

3-0 Masuaku. What a strike. pic.twitter.com/hePRzeWW2M

Good performance. Masuaku MOTM for me. Involved in most moves and what a goal ?

Tonight Masuaku showed why he should be starting over Cresswell. Offers so much more

What a first goal it was. Hopefully will see you starting a lot more

Congrats, Arthur. Keep working hard and continue your positive attitude. You’ll get your chance to win back your rightful place.