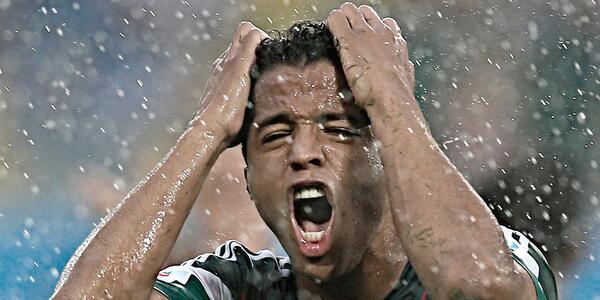 After Brazil saw off Croatia in the opening game, the other two sides of the group knew a victory put them in a good position. Hold off the Croats and they can stand a real chance of progression. Mexico & Cameroon were the weaker teams of Group A meaning that victory over the other was an absolute must.

Mexico came in to the game with their tried and tested 3-5-2 under Miguel Herrera, while Volker Finke’s men who rely more on their physicality than tactical discipline took measures to ensure that 3-5-2 didn’t quite work, focusing on neutralising the effect of the wing-backs.

Neither side really impressed in the game, with Mexico emerging victorious, the better of two poor sides. Jubilation for their victory for sure, they controlled the game, but worrying signs that they weren’t quite able to finish the job off.

No Cameroon player really impressed with only Assou-Ekoto putting in a slightly acceptable shift, with contributions to both ends (he took the most shots and created the most chances, tells you a lot about Cameroon’s lack of quality in attack). The three key men were thus all from Herrera’s side.

The tiny yet explosive attacker, Giovanni Dos Santos, was the most threatening Mexican player. Starting ahead of Javier Hernandez alongside Oribe Peralta, Dos Santos put in a shift which is certainly reminiscent of the Manchester United forward. Just like the little pea, Dos Santos too was active in and around the box with his movement and turn of pace proving hard to handle for the Cameroonians.

He had the ball in the back of the net twice with clever aforementioned movement, leaving the grasp of his markers and winning the header (despite being only 5’9″). But on both occasions he was cruelly denied with two questionable offside calls than ultimately proved to be wrong. Benefit of the doubt to the referee for the first, but still not sure exactly what the linesman saw in the second.

As the second half came along, Dos Santos’ movement only intensified with the Villarreal man finding space in behind the Cameroonian defence. A couple of through balls came onto the path of the striker but Itandje stood his ground well. It was one such ball that led to the only goal of the game as well, as Itandje once again denied Dos Santos the rebound fell Peralta’s way.

All in all a lively performance by the Mexican who deserved to get on the scoresheet. His performance only means that Chicharito will be left on the bench for the next game again; a partnership between the two is tempting but it would be hard to drop the man for the occasion – Oribe Peralta.

Layun finds the space but struggles to look beyond

The performance of 25-yr-old Miguel Layun, on the whole, was below average. But it was the joy he found on the left flank that makes him a key player to focus on.

Layun is an epitome of the 3-5-2 deployed by Herrera which focuses alot on the wing-backs. The Mexicans look to exploit the wide areas, helped by a three man midfield that keeps the focus of the opposition firmly on the central areas. Finke brought in Cedric Djeugoue for the primary responsibility of containing Layun which the 21 year old failed to do, forcing the German coach into a half-time subsitution.

So while a lot of the ‘credit’ for Layun’s performance must be given to the below par Djeugoue, it was the constant threat which the Club America man offered that makes him so important to this Mexican side. The first 45 consisted of a constant threat from the left-flank as Layun darted down but his final ball, time and again, was incredibly poor. Only 2 of his 7 attempted crosses actually found a team-mate, and even these weren’t in threatening areas.

Layun will have to realise that he won’t be gifted similar chances against Croatia & Brazil, but Herrera sees him as a potent attacking avenue and if used rightly (both by himself and his manager), he could prove to be the main supplier from down the flanks and possibly into the channels.

Peralta turns up when it matters again

The overall performance of the 30-year-old Peralta was lacking compared to what he has shown in the past few months, but the striker has that incredible natural instinct and tendency to turn up at crucial moments.

He played as the most advanced striker but compared to his partner in Dos Santos, the movement was not quite as dynamic making him an easy target to mark. Cameroon are also possibly guilty of paying too much attention to Peralta, allowing Dos Santos to successfully navigate the shackles of the defence, but Finke also realised that offering Peralta the slightest of space and the tiniest of chances could prove costly. 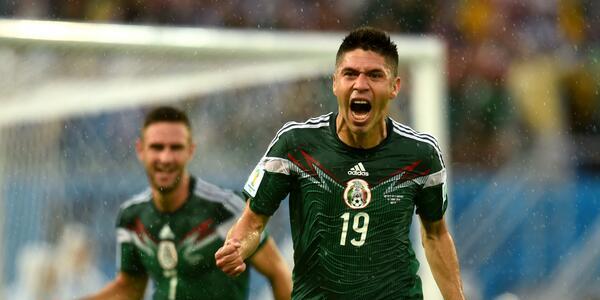 This is exactly what happened. As Dos Santos was threaded through, Peralta had dropped deep and a bit free from any Cameroonian marking. Dos Santos’ saved shot fell onto the experienced strikers’ path resulting in the only goal of the game. Right man, right place, right time indeed. Often you don’t need the overly skillful strikers, just the players with the mentality of knowing where to be when and Peralta offers this important asset to the Mexican side, getting crucial goals time and again.

Conclusion: Peralta, Dos Santos and their partnership will be crucial for Mexico’s chances. With the result of the Brazil game quite obvious, a point atleast against Croatia is needed. For the Cameroonians, an early flight back home is guaranteed with more performances like this. Croatia will punish and Brazil will humiliate. So often in so many parts of the game, Cameroon just made it so easy for Mexico. Do the same and the striking ability of Mandzukic & Neymar will certainly deliver.