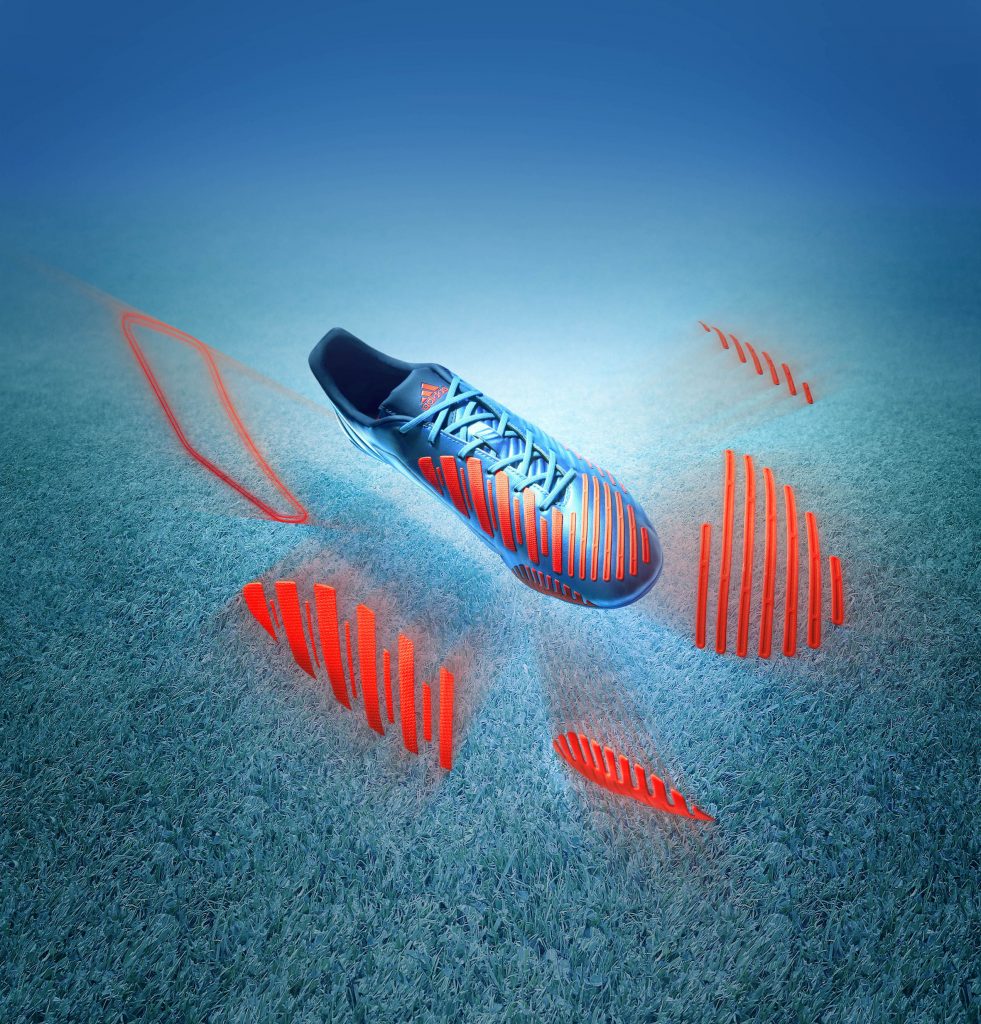 The Predator Lethal Zones boot has two key benefits – it’s designed specifically for the modern all-round attacking player who’s equally comfortable playing on the wing, up front or through the center (think Messi, Van Persie, Nani) and it’s based on player feedback. The adidas players (not surprisingly) love the new Predator boot.

“I’ve been involved in the design proces s for the new Predator Lethal Zones and I’m excited to see the final product and test it out across the 5 different zones. The boots are light, comfortable and help me with ball control whether I’m passing, shooting or dribbling.”

“For the first time ever, Predator wearers have the complete weapon of control. We have been working with elite and amateur players for a number of years, and with Lethal Zones we have taken the Predator to a whole new level.”

“If you want to be a top player it’s vital that you are an all-rounder and that’s what the new Predator Lethal Zones are about. The five areas on the boot cover where players touch and strike the ball and the design works to maximise accuracy, power and control. Based on my opinion, and the opinions of my fellow professional players, adidas have created the new Predator. It’s great that they listen to us carefully as we know how it should be and how it should feel and their expertise does the rest.”

The new Predator® Lethal Zones football boot will be available at adidas own-retail outlets as well as specialist stores worldwide from June 2012 in Bright Blue / Infrared / Collegiate Navy / White. It will also be available on the Soccerlens Store. 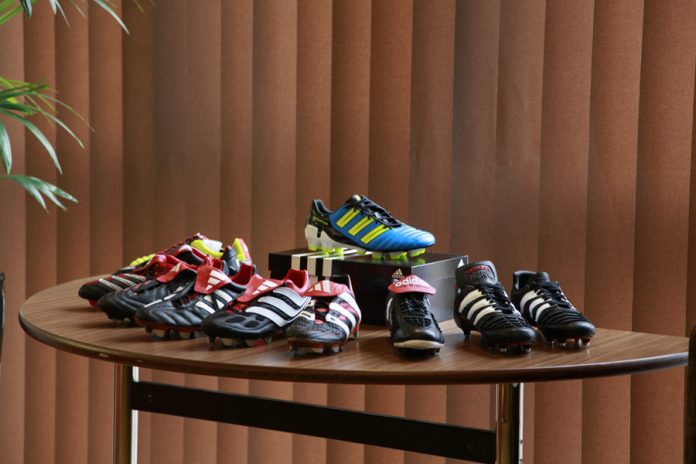 Click on the image above to enlarge and see in full size.

Supporting the five lethal zones is a newly engineered Hybridtouch upper which combines the benefits of leather and synthetic – comfort, stability, reduced water uptake and the highest quality feel in all weather conditions.

The boot also integrates the revolutionary Sprint Frame outsole construction featured in the adizero f50, offering the perfect balance between light weight (225g) and stability as well as the Traxion 2.0 stud configuration which ensures maximum grip and acceleration.

The Predator® Lethal Zones is the first miCoach enabled Predator® boot, which means players can now track their performance stats such as distance, sprint count and maximum speed, then wirelessly transfer the data to a mobile phone or PC.