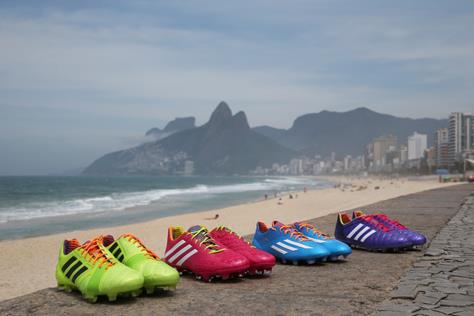 For the first time ever, from each of its four stunning, bright, colourful boot ranges –adizero™ f50, predator®, nitrocharge™ and 11pro – Adidas has released a new boot where each boot has been designed with its own distinct identity and cutting edge technology that will inspire the next generation of footballers.

The Samba Collection launch marks the start of the Adidas “All in or Nothing” 2014 FIFA World Cup Brazil™ campaign while the full roster of Adidas star players like Lionel Messi, Chelsea’s Oscar, Arsenal’s Mesut Ozil, all will be involved in the campaign.

The nitrocharge™ (Full on or be Gone) 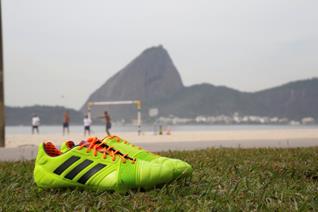 Adidas’ nitrocharge™ energy-retaining football boot comes in a new striking lime green colourway, is designed for the next generation of footballers as worn by Dani Alves and Ezequiel Lavezzi. It is designed for players who will be always running and tackling and its ENERGYPULSE™ spring technology provides high energy push-offs and long lasting energy return when sprinting. 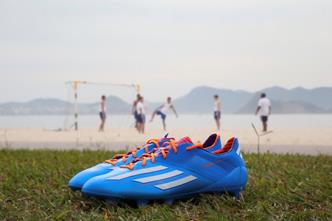 The adizero™ f50 with an electric sky blue colourway empowers its players to run faster like Leo Messi, Lucas Moura and Gareth Bale. The boot is designed especially for those footballers whose game is centered around pace. Features like SPEEDTRAXION (high speed stud alignment for maximum acceleration and pinpoint changes of direction) and SPEEDFOIL (a material that combines lightweight, softness and durability for a comfortable, yet locked down heel fit) it will ensure more speed to the faster players like ever before in Brazil.

The predator® Lethal Zones (Hunt or be Hunted) 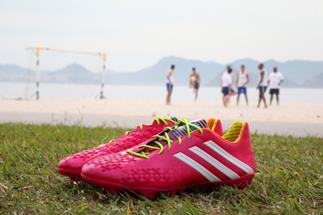 The pink colour of the boot is favoured by the likes of Oscar, Mesut Ozil and Fernando Torres and it is designed with five distinctive ‘Lethal Zones’ of technology to deliver outstanding ball control, touch, accuracy and power. 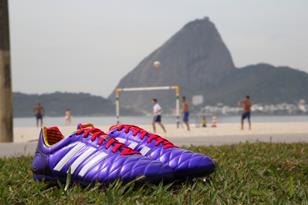 The Samba 11 pro is deep purple coloured and is worn by players like Philipp Lahm, Hernanes and Frank Lampard. The use of ultra-soft and ultra-light Taurus leather provides an excellent fit, performance, comfort and ball-feel allied – it remains the boot of choice for the complete footballer.

“For Samba Collection, we took our inspiration from Brazil. The pack is colourful, energetic and full of character – just like Brazil! From the beaches of Bahia to the Carnival of Rio, our boots will use tones and palettes that you’ve never seen before on a football boot.”

It launches in conjugation with a Brazilian inspired video featuring key players who will wear the boots. The 90 second-long video features a brand new track, “BOTA” – band will be release the track as their next single and will be available to download from the adidas Football Sound-cloud channel.