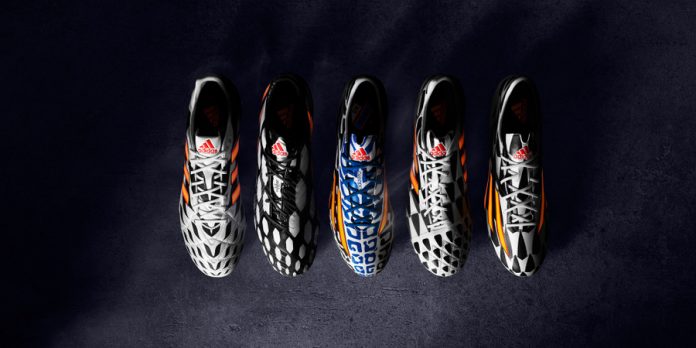 With the 2014 Brazil World Cup just 30 days away from kickoff, Adidas have finally revealed their long anticipated Battle Pack boot collection, with five separate creations to be worn by some of the world’s very best players in South America.

The collection will feature a new boot from each of the five Adidas boot ranges, adizero f50, predator, nitrocharge, 11pro and adizero f50 Messi; and will all boast a striking black, white and orange design to really turn up the temperature in Brazil.

Check out the official launch video for the Adidas Battle Pack range:

The likes of Luis Suarez, Mesut Ozil, and Lionel Messi will don the new footwear during the upcoming tournament, with the designs inspired by the warpaint of native warriors and the iconic pavement patterns of ancient Mesopotamia perfected on the Copacabana beach.

The five individual patterns exist to highlight the overwhelming attributes of each boot, as well as the key abilities of the player type who will wear them as they compete for football’s biggest prize – speed, bravery, control, energy and agility. 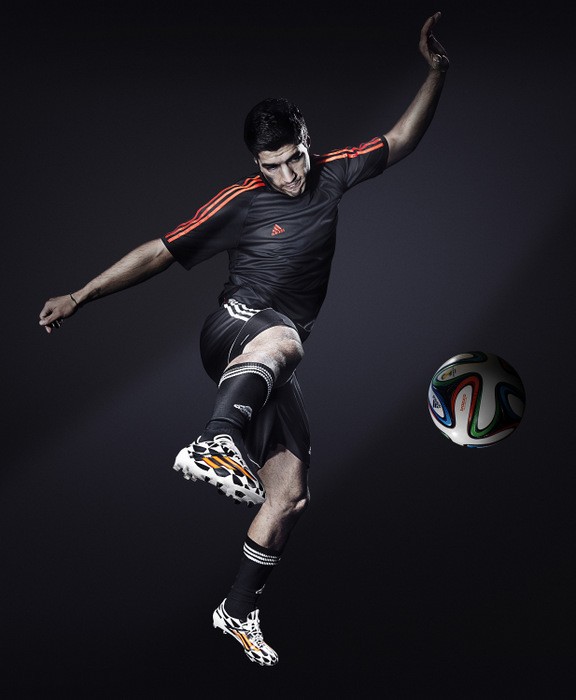 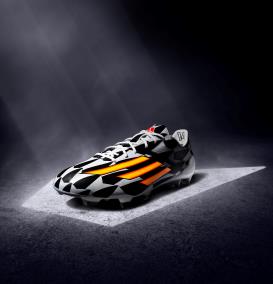 Made with the lightweight ‘Speedfoil’, this is the boot to watch out for…or you may miss it! 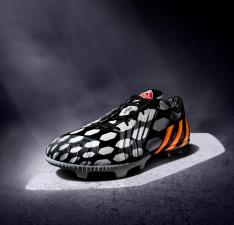 The most well-known in the Adidas range, the new ‘predator’ boot features a bold new design, and was created with five ‘Lethal Zones’ of technology. One for the pass masters. 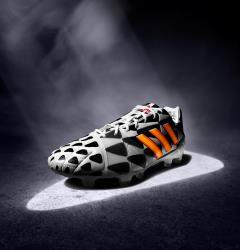 Designed with durability in mind, the new ‘nitrocharge’ boot is for the midfield engines, the dynamo full-backs, and those relentless pushing forward in search of hard-fought glory.

Featuring the EnergySling and EnergyPulse technologies, the tenacious and long-lasting will be wearing this boot. 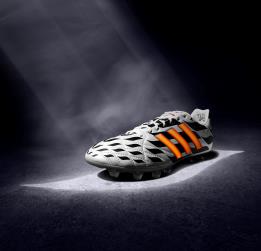 Made with a new out-sole, fitted frame and optimised stud placement; the ’11 pro’ is for the all-rounders, for those looking to control proceedings and dictate the play. 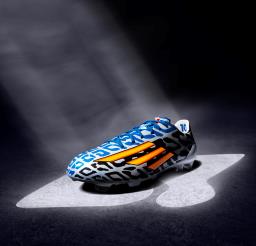 The only boot to incorporate blue into the ensemble, Leo Messi’s signature f50s weigh just 169g, making them one of the world’s lightest boots.

Having seen the boots up close during a recent press event, we know that etched on the sole will be the words ‘Una Nacional’, with the Barcelona star’s footwear brimming with patriotism for his native Argentina.

What do you think? Which boot takes your fancy? Check out the video, and let me know your thoughts in the comments below…