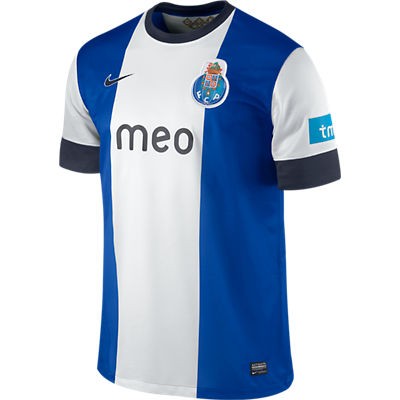 The 2011/12 season was a good one for Porto as they soared to victory in the Portuguese Liga but their European performance was somewhat average. Outdone by APOEL and Zenit St. Petersburg in the UEFA Champions League and lost to Sporting in the Round of 32 of the Europa League.

For the 2012/13 season, manager Vitor Pereira and his men will look to retain their dominance in Portugal and launch an improved assualt on the European front. At the moment, we can not say anything for certain but one thing: they are going to wear a tri-striped shirt.

Nike has given Porto only three stripes on their shirt this season. The collar is black and the sleeves are white. It is a pretty neat shirt, if you ask me.