India
Home News what are the prospects for aston villa 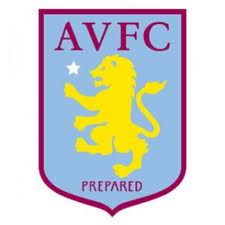 Aston Villa on Monday sacked Alex McLeish. You can hardly blame them for sacking him. McLeish is so negative magnets in his presence never attract and only repel. He could fall on some tube tracks and not be electrocuted.  He’s a dour, defensive manager who this season left Villa in the hands of Morpheus. Moribund, soporific, dire are words that come to mind when describing what it must have been like to be a regular to Villa Park this season and watch Villa play such an aimless, dull brand of football.

The decision to hire him was an appalling one borne out of Roberto Martinez rejecting Villa’s advances to stay at Wigan and Mark Hughes shamefully resigning from Fulham thinking Villa would hire him even though Villa hadn’t contacted him, which made himself unemployable in the process. Why then the Villa hierarchy thought hiring a manager who’d experienced two relegations with bitter rivals Birmingham City was a good idea worth the expense of buying him out of his Birmingham contract is mystifying. Arguably they should have sacked him before the season ended, Villa only achieving survival through a 1-1 draw at home to Spurs in the pneultimate game of the season when seven of the starting XI were defenders and they had four shots to Spurs’ twenty-one.

McLeish has now gone however and Villa fans can breathe, learn to smile again and think more positively of the future.  The future for Villa though still doesn’t look especially rosy, though any future without McLeish must by comparison seem a wonderful, life-affirming prospect. The squad has a lot of dreck on high wages, with Martin O’Neill, Gerard Houllier and McLeish having bought a lot of average players who don’t deserve their wages.

The likes of Alan Hutton, Stephen Warnock, James Collins, Jean Makoun, Charles N’Zogbia, Fabien Delph and Emile Heskey are being paid good money when they’ve been playing poorly. Why they were bought in the first place is a hard to fathom. Paying millions of pounds for Alan Hutton’s services is a borderline criminal offence. Makoun works out at £1.14m an appearance. The promise Delph showed at Leeds has disappeared from view. N’Zogbia has talent but has been rotten for Villa this year while Emile Heskey is Emile Heskey. These sort of players are cluttering up the Villa wage bill and need axing.

For Villa fans it must be galling for such rubbish to be bought when you look at the player sold in recent years. A potential midfield of Young-Barry-Milner-Downing has all been sold. Now while in every case the buying club arguably overpaid for these players (Liverpool paying £20m for Downing to contribute not one goal or assist in the League for one) selling players hints at a lack of ambition and basically makes Villa appear as a feeder club for the big time.

Though there are a number of mediocre or below average players on above average wage packets, there are some promising youngsters who a new manager can utilise. Gabby Agbonlahor is still only 25, Darren Bent is a proven goalscorer and at 28 still with years left in the tank, Marc Albrighton has looked like a promising winger with excellent delivery, Ciaran Clark has played decently in defence while the likes of Barry Bannan, Gary Gardner, Nathan Baker, Andreas Weimann and Chris Herd have shown talent which if utilised correctly can amount to a decent side.

The person who will get to utilise the young talent slowly coming through at Villa Park is yet to be hired. According to which newspaper you read Roberto Martinez and Paul Lambert are the Villa board’s main targets. This shows that the Villa board are on the right track, with Villa CEO Paul Faulkner saying that they want a manager who can ‘reinvigorate the club and bring some vibrancy to Villa’. He’s lucky that the last season had in Martinez, Lambert and Brendan Rodgers three excellent young managers who may well be persuaded to move to the Midlands.

Looking at the candidates, Villa are if not quite a sleeping giant a sleeping club capable of far more than it is currently achieving. Martin O’Neill leading them to three consecutive 6th place finishes and the brink of Champions League football showed that. Expectations won’t be very high and the prospective manager will surely be granted the power to make big changes as regards the squad’s personnel and the style of play. Villa scored a league-low 37 goals while only Bent and Agbonlahor scored more than four goals last season. Faulkner has already talked about bringing a more attacking style of play to Villa.

This suits the aforementioned three young managerial Amigos. Roberto Martinez’s admirable refusal to change his style of play even when Wigan looked destined for relegation paid off handsomely when they pulled off the most stylish escape from relegation ever seen in the Premiership. Brendan Rodgers’s insistence on the high pressing, short passing at Swansea has seen them achieve promotion and finish mid-table in the Premiership with victories over Manchester City, Arsenal and Liverpool, heights Swansea haven’t reached in 30 years. Lambert doesn’t have such a one-dimensional approach to football but in two and a half seasons in leading Norwich to two promotions and a mid-table Premier League finish he has worked miracles.

Of these candidates, Lambert would be my choice. Of the three he has shown the most tactical nous. Against QPR and Swansea he switched from four at the back to three at the back, both ushering victories from losing or drawing positions. Away to Spurs the Norwich pressed high, squeezing Spurs and achieving a remarkable victory. Away to Arsenal and Chelsea they were superb against on paper superior opposition which indicates tactically how successful their approach was.

Also look at the way he has moulded a group of players whose only experience was in the lower leagues. There was only three matches of Premiership experience between the 11 players who drew 1-1 to Wigan on the opening day of the season. From that batch of players Grant Holt is the 2nd leading English goalscorer in the Premier League charts, Steve Morison has been capped by Wales, John Ruddy is England’s 3rs choice keeper for Euro 2012 while journeyman Aaron Wilbraham, who’d spent most of his career at Stockport and MK Dons joined Grant Holt in bullying Spurs and pushing Ledley King closer to retirement in Norwich’s victory at White Hart Lane.

Brendan Rodgers is seemingly the favourite for the job in the media, possibly because he’s an affable, cerebral talker of the game while Lambert with the media is usually grim, sullen, from the Kenny Dalglish school of how to deal with the press. Rodgers has done superbly with Swansea, taking a side with an average attendance of only 20,000 to promotion, mid-table in the Premiership and done it with the 2nd highest average possession in matches this season.

To get Swansea playing so effectively a short-passing game shows his abilities as a coach, though it should be said his predecessors Martinez and Paulo Sousa had laid the foundations by preaching a similar short-passing, high pressing game. When Rodgers had to cultivate his preferred style of play at Reading, he failed miserably and was sacked after only a few months in the job. That said he’s not the first to be sacked from a job and afterwards be a success, and the number of young players at Villa should mean the players are more open to his style of play and easier to mould into the sort of outfit Swansea have been this season.

Martinez has done a similarly terrific job at Wigan in taking an unheralded squad to Premier League safety along with victories away to Arsenal and home to Manchester United. Switching to a 3-4-3 mid-season was a superb move that flummoxed opponents and got the best out of Victor Moses, who from being a talented prospect for the future became a rampaging beast unsettling the best defences in the country with genuine pace and skill. What may affect his candidacy is his rejection of Villa last season to stay at Wigan. Since last summer Villa have got worse while Wigan have improved which would suggest he may reject Villa’s advances again. He has spoken of his loyalty to Dave Whelan and how thankful he is for being given the Wigan job. Villa will surely be wary of twice being jilted at the altar.

The decision over which manager to hire is crucial. Villa have had a dire season and are in need of a transfusion of fresh blood. Fresh, exciting ideas are needed to captivate the fan base, bring the crowds back to Villa Park and on the pitch improve Villa’s fortunes. The potential is there to qualify for the Europe, have the occasional cup run and if Randy Lerner really fancies it a top four finish is possible. But the potential for mid-table mediocrity and even relegation has been shown by Villa’s displays the last two seasons.

This is a massive decision for Villa. One they can’t afford to get wrong.